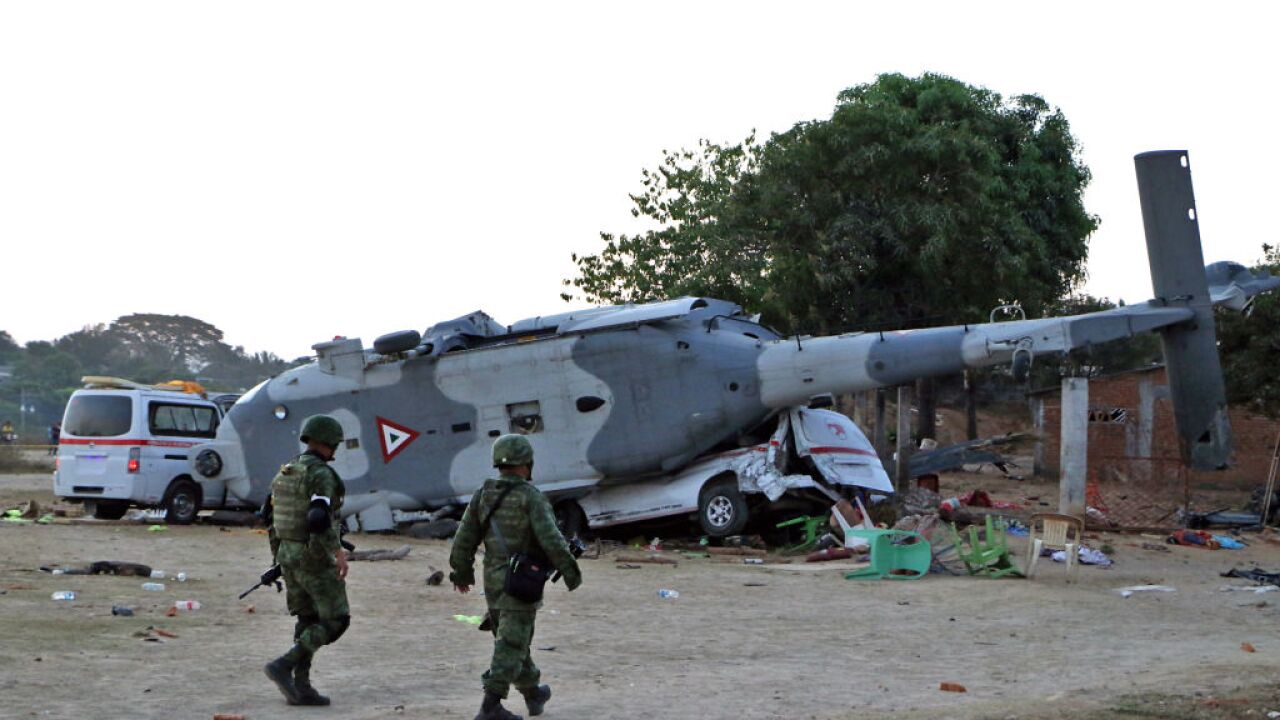 Soldiers of the Mexican army walk in front of the rugged military helicopter and van in Santiago Jamiltepec, Oaxaca state, Mexico, on February 17, 2018. A 7.2-magnitude earthquake rattled Mexico on Friday, causing little damage but triggering a tragedy when a minister’s helicopter crash-landed on the way to the epicenter, Oaxaca, killing thirteen people, including three children, on the ground. / AFP PHOTO / PATRICIA CASTELLANOS (Photo credit should read PATRICIA CASTELLANOS/AFP/Getty Images)

Twelve people died at the site of the crash in Santiago Jamiltepec, while another person died in the hospital, the state attorney general’s office said. Three of the dead were children, the office said. Fifteen others were injured.

Mexican Interior Minister Alfonso Navarrete Prida and Oaxaca’s governor, Alejandro Murat, were flying near the quake’s epicenter to evaluate damage when the helicopter crashed. Both men survived and only suffered “slight concussions,” the Interior Ministry tweeted.

The 7.2 magnitude earthquake and a magnitude 5.8 aftershock — both with epicenters in Oaxaca state — struck the region Friday, the US Geological Survey reported.

“Unfortunately, people on the ground lost their lives and others were wounded. My condolences to their families and my wishes for a prompt recovery to those injured,” the President tweeted.

When addressing the helicopter crash on Twitter, Peña Nieto said there were no reports of fatalities directly linked to the quake and aftershock.

Efrain de la Cruz, mayor of Santiago Jamiltepec, was on the phone with CNN en Español’s Mario González when the crash occurred.

“A helicopter carrying the governor and the others went down,” he said.