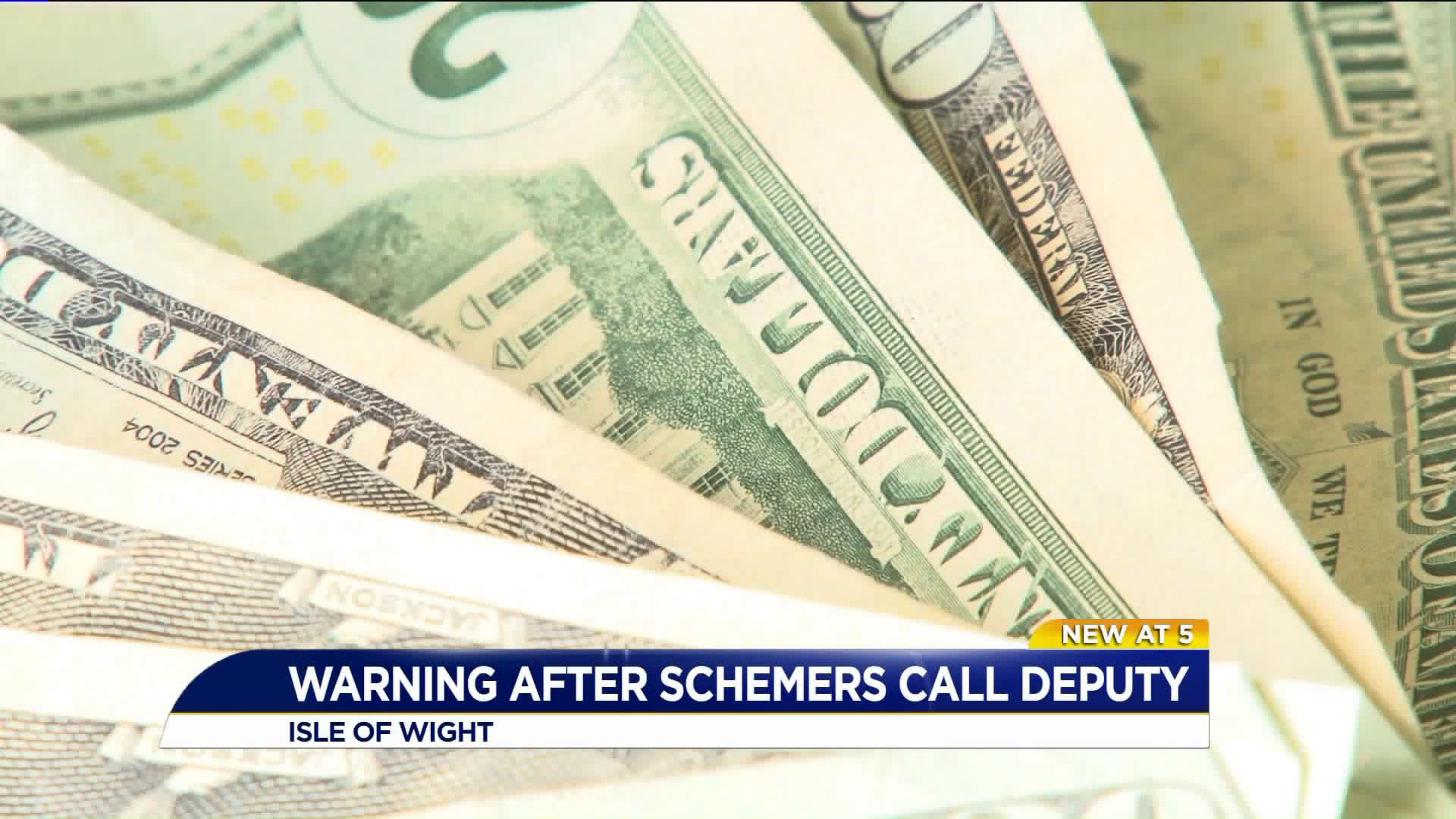 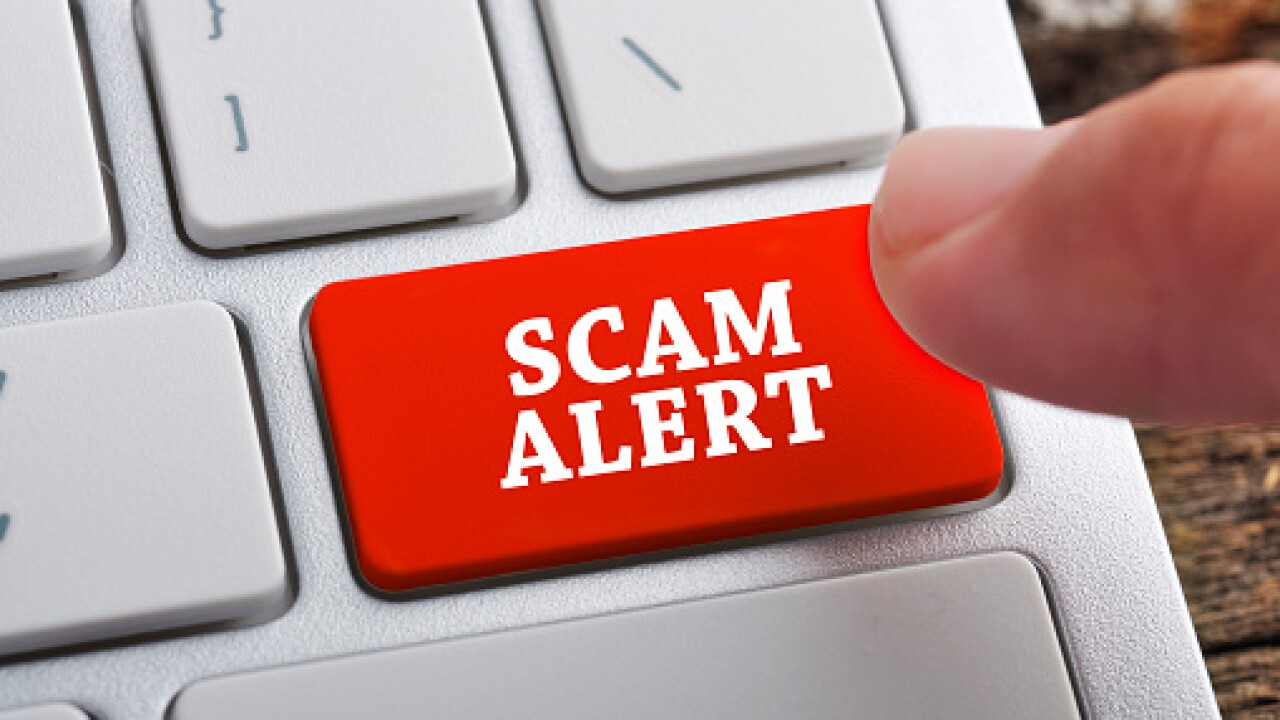 ISLE OF WIGHT COUNTY, Va. - This tax season, the Isle of Wight Sheriff's Department wants to protect its neighbors from falling for IRS scams. Earlier this week, a schemer unknowingly called a sheriffs deputy. Instead of ignoring the call, which the department says residents should do, the deputy decided to use the opportunity to learn more about how these schemers operate.

The deputy says the following voicemail was left on his cell phone:

"Notification regarding your tax filing from the headquarters which will get expired in the next 24 working hours. Once it gets expired after that you will be taken under custody by the local cops as there are four serious allegations against your name at this moment. We would request that you get back to us so that we can discuss about this case before taking any legal action against you. The number is reach us is, 630-847-6618. I repeat 630-847-6618.  Thank you."

The Sheriff's Department says scams like this is extremely common during tax season. If you receive a call like this, the best thing to do is to hang up despite how convincing the call is.

"They are very intimidating and because they are threatening people with if you don’t do this now  someone with your local police department or sheriff’s department will come and lock you up," said Lt. Tommy Potter with the Isle of Wight Sheriff's Department.

The deputy with the department called the schemers back and recorded their conversation. The call lasted for more than 10 minutes. The deputy identified himself as Michael Wilson was told by the scammers that he hadn't been paying enough taxes. The scammer told Wilson he owes the IRS more than $4,000. If he doesn't pay immediately, he will be arrested.

Wilson is told by a scammer that if he pays between $800 and $1,000 he will avoid arrest but he has to act immediately. The sheriff's department says this is an immediate red flag.

"The biggest red flag that I have seen is that if they want you to do things right now, they always want you to be on the phone with them and not to disconnect."

Additional red flags are the fact that Wilson is told to put the money on a gift card from Walmart. According to the sheriff's department, if a retailer is mentioned, the call is a scam.

If you receive a call like this, the sheriff's department says to hang up and not give any additional information. If you are questioning whether or not a call is legitimate contact your local law enforcement agency.