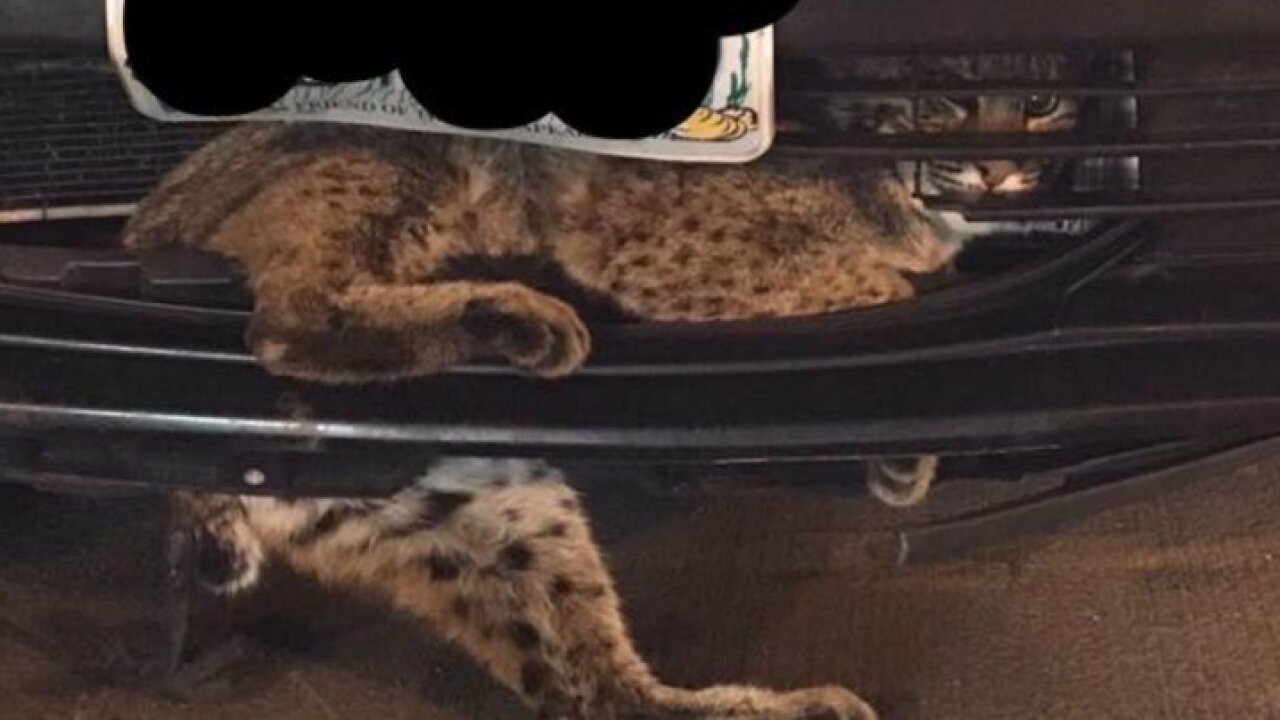 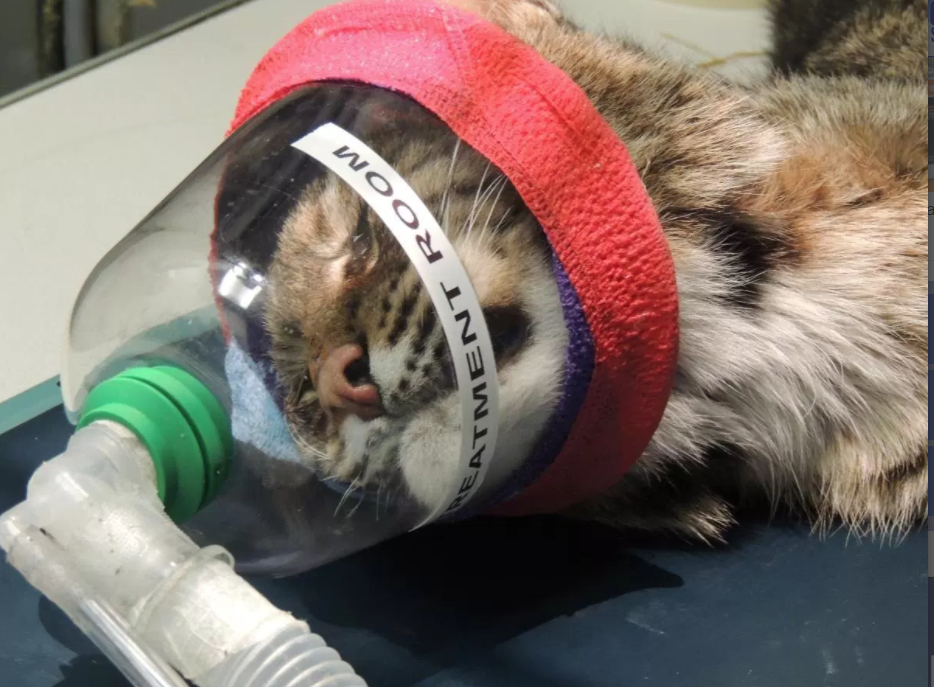 WAYNESBORO, Va. — Officials said the bobcat that survived a 50-mile “miracle” trip from Gloucester County to Richmond stuck in car grill on Thanksgiving Day could be released back into the wild next month.

The bobcat underwent radiographs, blood work and urinalysis on Jan. 22 at the Wildlife Center of Virginia after the big animal was rushed to the facility after being pulled from the grill of a Toyota Prius on VCU’s main campus on Nov. 24.

The animal suffered a hairline jaw fracture and a deep laceration on her back that left ligaments and muscle exposed and several small abrasions. However, those were her only injuries in the ordeal.

“Overall, the bobcat appeared to be a little thin; while the cat has been readily eating her diet of rat slurries as her jaw fracture healed, the liquefied diet offered in captivity hasn’t quite kept the bobcat’s weight steady,” officials posted online. “Fortunately, Dr. Monica was very happy to confirm that the cat’s jaw fracture has fully healed on radiographs, which means that the bobcat is ready for whole food again.”

Less than a week later the bobcat transitioned to eating whole rats, which officials said was a good sign. And officials said the animal had been “eating well” over the past few week on Feb. 14.

Officials said the bobcat spends her days in the center’s bear pens.

A wildlife rehabilitator is working with a Virginia Department of Game & Inland Fisheries biologist to coordinate a release date, which could be in early March.

Richmond Animal Care and Control Director Christie Peters and another animal control worker experienced a Thanksgiving “miracle” after a rescuing a bobcat trapped in the grill of a car.

Peters said that a woman driving to work that morning knew that she had hit something in Gloucester County.

However, it was not until she parked at VCU in Richmond that she discovered a bobcat lodged in the grill of her Prius had survived the 50-mile, nearly hour-long journey to the city.

Peters said she had been up since 6:30 a.m. preparing for hosting Thanksgiving when she got a text message from RACC Officer Barbara Jones.

Peters said the text contained the “crazy eyes” emoji along with the question, “What do I do?”

“We’ve never done anything like this,” Peters explained. “I didn’t want to make anybody else get out of bed on Thanksgiving morning, so I went with my dad.”

Peters said she changed out of her pajamas, grabbed a coat and then went to pick up supplies from the shelter.

Those supplies included a stick pole that would allow her to safely administer a sedative to tranquillize the animal.

“We got on scene and it really was true. It’s really a bobcat stuck in the front of a Prius grill,” Peters said. “When we walked by, he hissed at us, so he’s alive and may be OK, which was so crazy since she drove from Gloucester to VCU.”

Peters then sedated the animal, which had been wedged into the grill, and within four minutes the big cat was “pretty much out.”

That is when the bobcat dropped lower and they realized the only think holding the animal in place was one wire and a piece of  plastic under his ribcage.

Peters said the trio loosened and moved the plastic components and pulled the wire before the bobcat dropped under the vehicle.

Officer Jones used a catch pole around the animal’s neck as a precaution while Peters carried him to their van.

“I’ve only ever seen one once in real life like running across a road somewhere,” Peters said. “We just don’t ever get a chance to be so close to such beautiful, wild creatures and it was just wonderful to know that he made it through such a weird, crazy situation.”

Jones transported to the animal to the Wildlife Center of Virginia in Waynesboro.

“They were incredibly wonderful and helpful,” Peters said. “It’s perfect that it was Thanksgiving… because it was just a miracle and we’re so grateful that it ended the way that it did.”