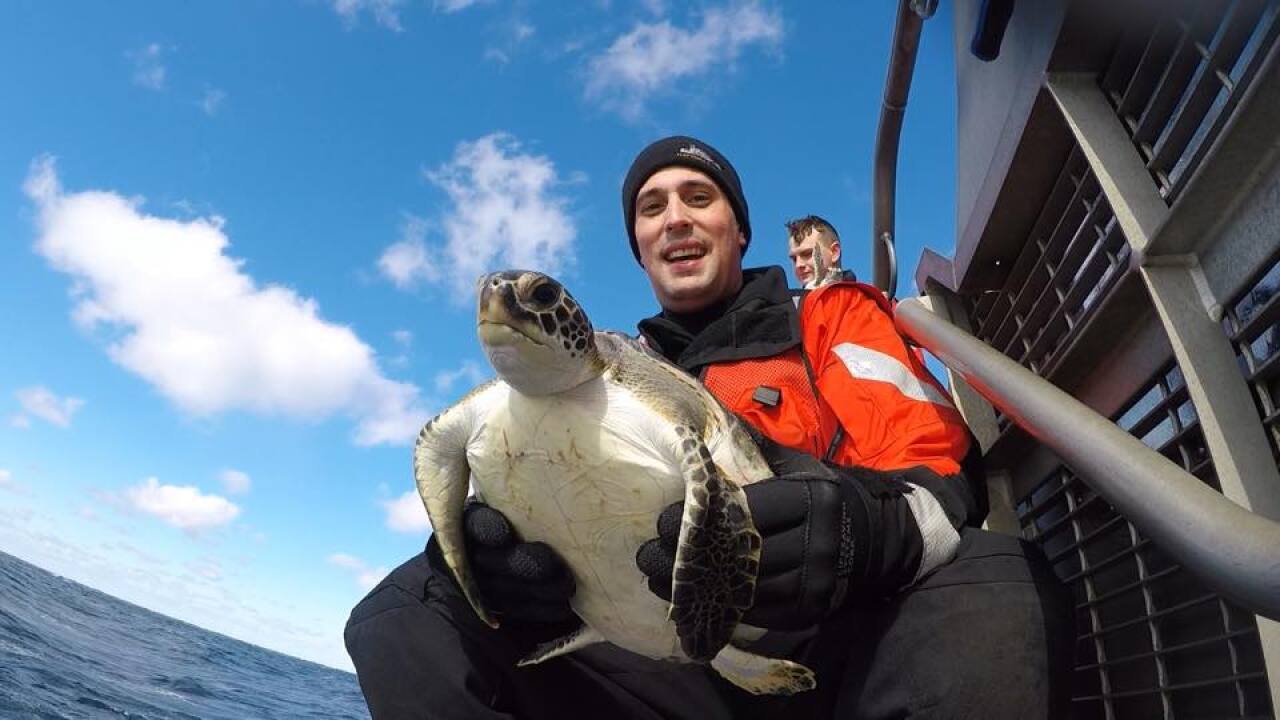 HATTERAS INLET, N.C. – Members of the Coast Guard Station Hatteras Inlet released its third batch of sea turtles that were being rehabilitated after being cold stunned in December 2017.

“Sea turtles are a “Federally Protected” species and we work closely with several agencies to recover, rehabilitate and release them back into warmer waters,” said the Coast Guard Station Hatteras Inlet in a post on its Facebook page.

The agency that it worked with was the North Carolina Aquarium in Manteo.

center because of a dip in ocean temperatures.

The NC Aquarium said that they received 100 sea turtles to its Sea Turtle Assistance and Rehabilitation (STAR) Center from December 10 to December 20 because the drop in temperatures cold-stunned the turtles. This means that they suffered hypothermia-like symptoms, which lowered their heart rate and circulation.

STAR Center staff said they treated the cold-stunned turtles by warming them slowly over the course of a few days. Some turtles required extended stays until they are fit to swim and fend for themselves, but others were cleared for release after a check-up by the NC Aquariums veterinary team.

“As long as they are swimming well, display no signs of injury, malnutrition or illness and pass a vet exam, they are OK for release,” said STAR Center Manager Amber White.

The NC Aquarium said that donations have helped them be able to care for the turtles, and that Coast Guard has also helped and will continue to help release turtles into warmer parts of the ocean.