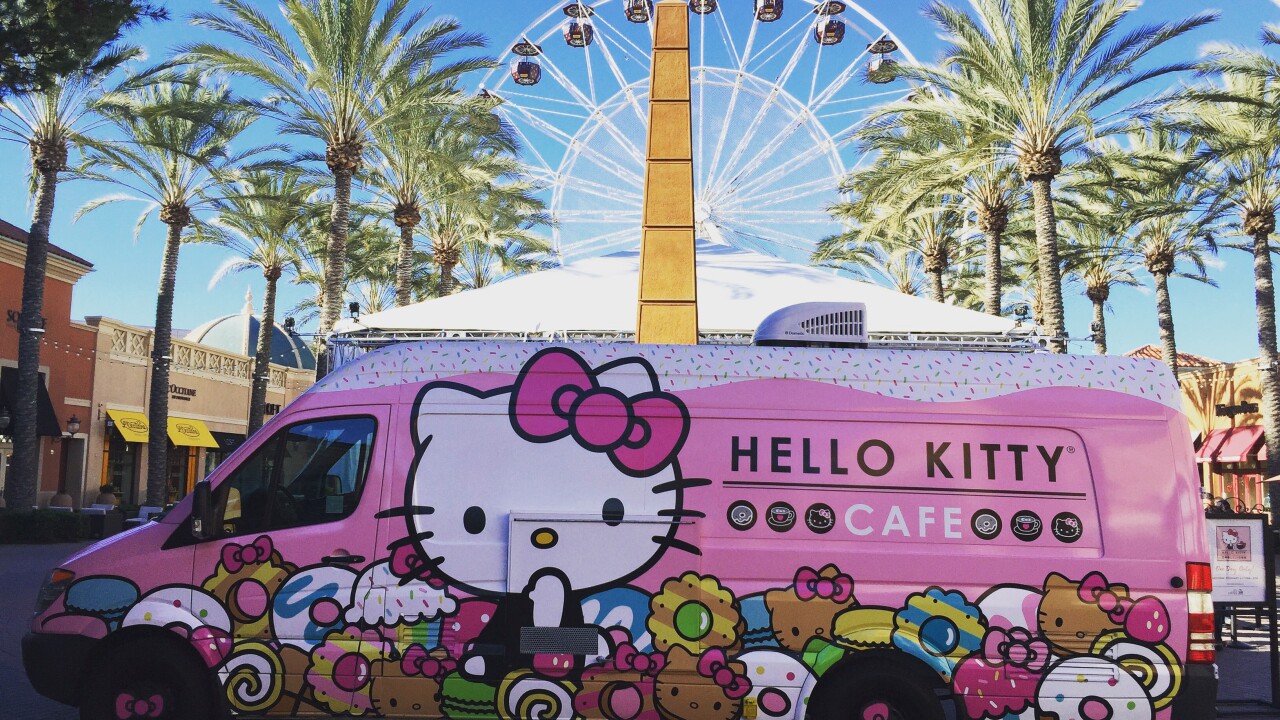 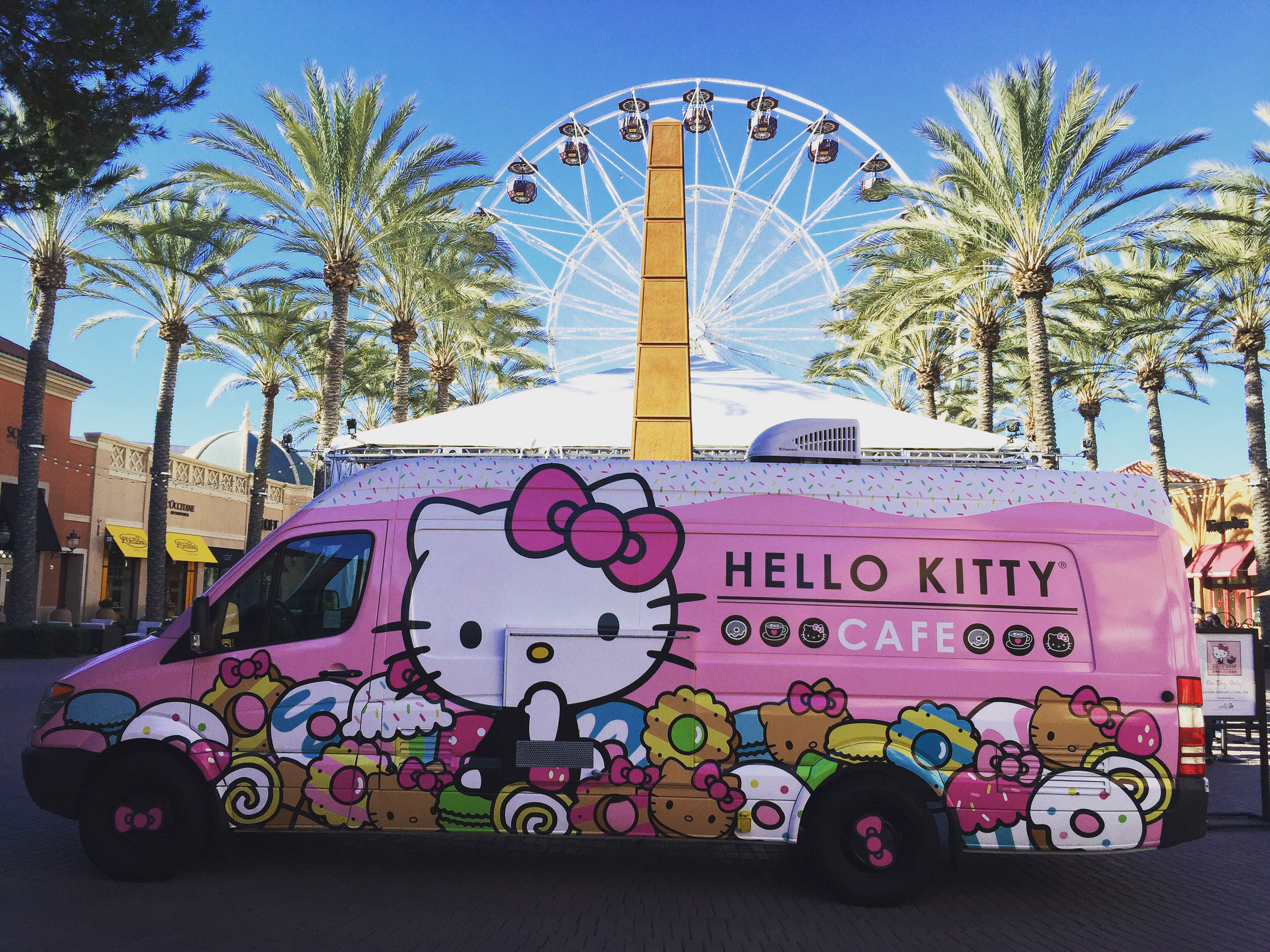 The adorable truck will stop at the main entrance of Lynnhaven Mall from 10 a.m. to 8 p.m.

The mobile cafe sells sweets and other items, including macarons, mini cakes and bow-shaped water bottles. According to Yelp reviews, treats cost around $15. You can also buy souvenirs like Hello Kitty Cafe Truck T-shirts and mugs.

The Hello Kitty Cafe Truck has been traveling nationwide since its debut at the 2014 Hello Kitty Con, a convention for fans of the iconic character produced by the Japanese company Sanrio. The truck has made stops in major cities from Washington, D.C., to Los Angeles.