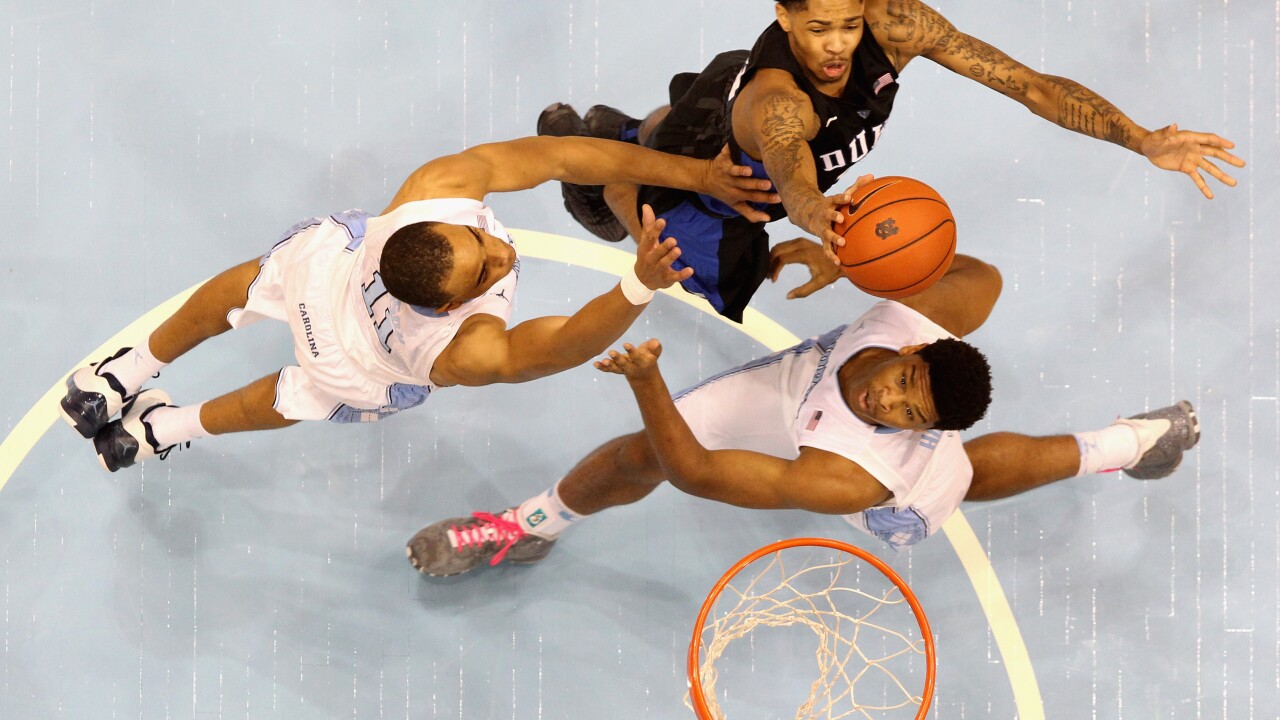 CHAPEL HILL, N.C. – Wherever you might reside, you should have heard, at one time, about the Carolina-Duke rivalry. From coast to coast, the University of North Carolina – Chapel Hill vs. Duke University basketball rivalry is considered one of the most intense of all U.S. sports. The two schools are located only 10 miles apart. U.S. Highway 15 – “Tobacco Road” is the beaten path these two schools travel twice a season to meet.

Duke (19-and-4, 7-and-3 ACC) is coming off an 81-77 loss to St. John’s on Saturday, it’s second in the last three games. On the other side, North Carolina (17-and-7, 6-and-5 ACC) has dropped three of its last four games, falling to Virginia Tech, NC State and Clemson before earning a victory over Pittsburgh past weekend. In the last 100 meetings between the Blue Devils and the Tar Heels, both teams have won 50 games each and the difference in points scored is only two (7,767 for Duke and 7,765 for UNC).

In the last 100 meetings between @DukeMBB and @UNC_Basketball, both teams have won 50 games and the difference in points scored is… 2.

With the University of Virginia Cavaliers men’s basketball team on track to take this year’s regular season conference title, tonight’s Tobacco Road Rivalry might give us a preview of a contender to make some noise in the Atlantic Coast Conference tournament in early March. Tonight’s match-up tips-off at 8 p.m.