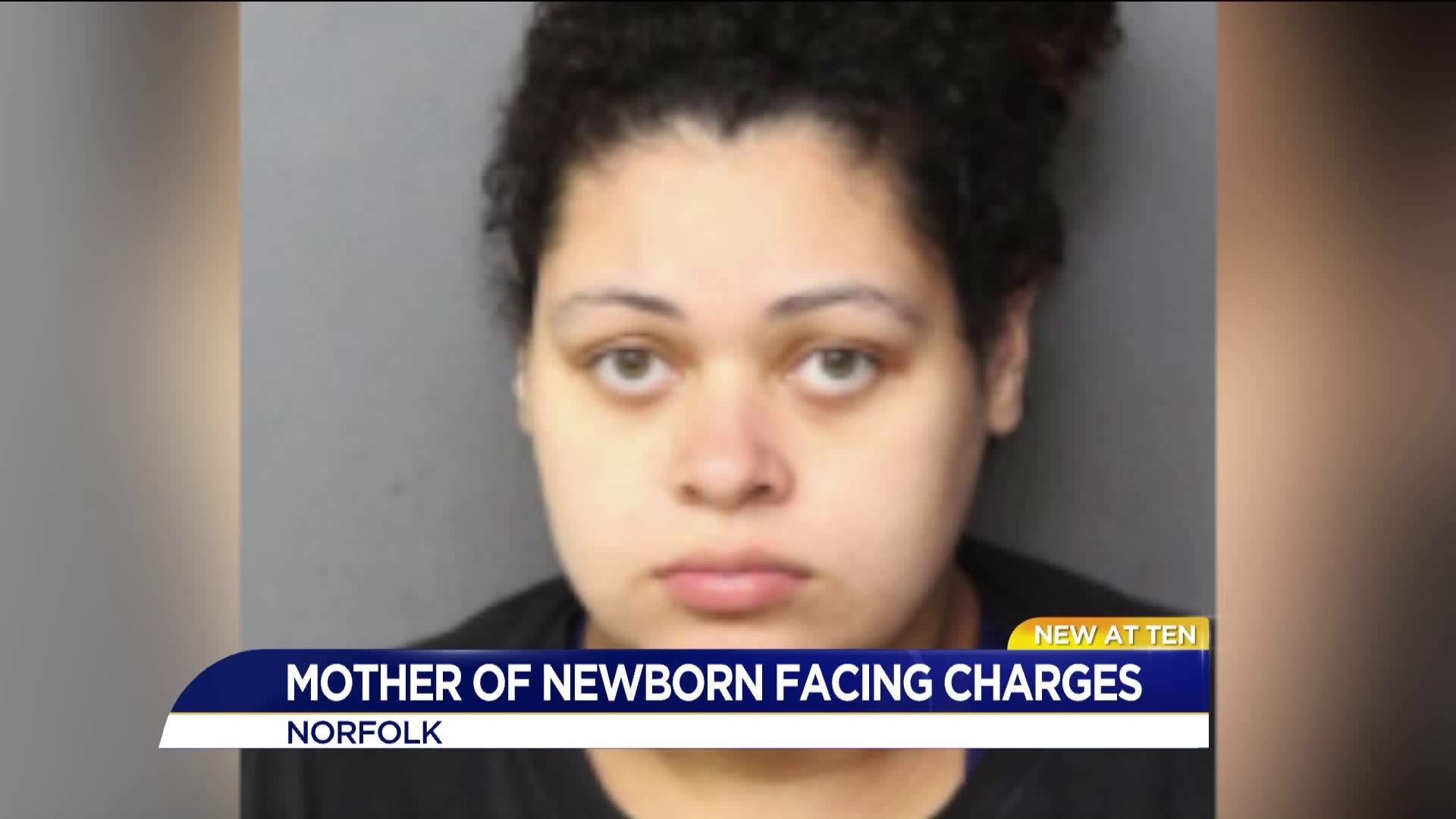 NORFOLK, Va. - A woman is locked up accused of lying about giving birth to a newborn baby.

Norfolk Police were called to DePaul Medical Center on January 1 for a suspicious situation.

23-year-old Nicole Jones was arrested for two counts of child neglect, one count of cruelty to a child and one count of giving a false ID to police.

She is accused of telling the medical staff at the hospital that she found a newborn baby boy while eating at McDonald's, according to court records.

Court documents state that hospital officials told police the baby boy had depressed body temperature, in critical respiratory arrest and his umbilical cord had been cut but not clamped which resulted in the baby losing a lot of blood.

Jones said she called 911 when she found the baby but said dispatch told her it would be a while before an officer could respond, so she decided to bring the baby to the hospital, records state.

It states police went to Jones’ home and say they found blood, a medical kit and another one-year-old boy who was crying.

Records indicate that while Jones was being interviewed at police headquarters she admitted to giving birth to the baby.

It states she said that when she realized she was giving birth she used her phone to search the internet for safe home births and water births. She allegedly also told police she searched safe haven options in Virginia.

Jones is being held without bond in the Norfolk Jail.  She declined an interview with News 3.