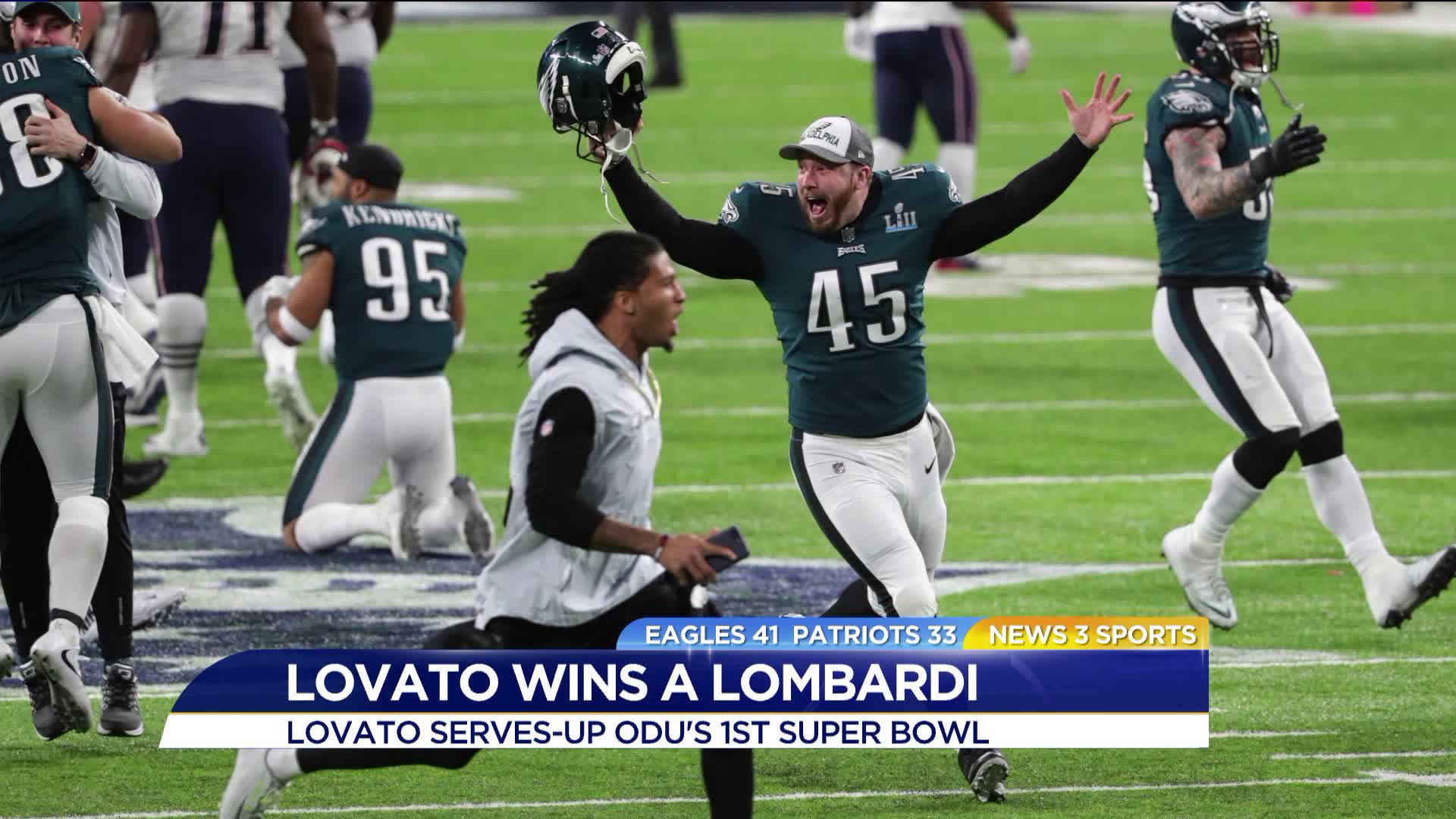 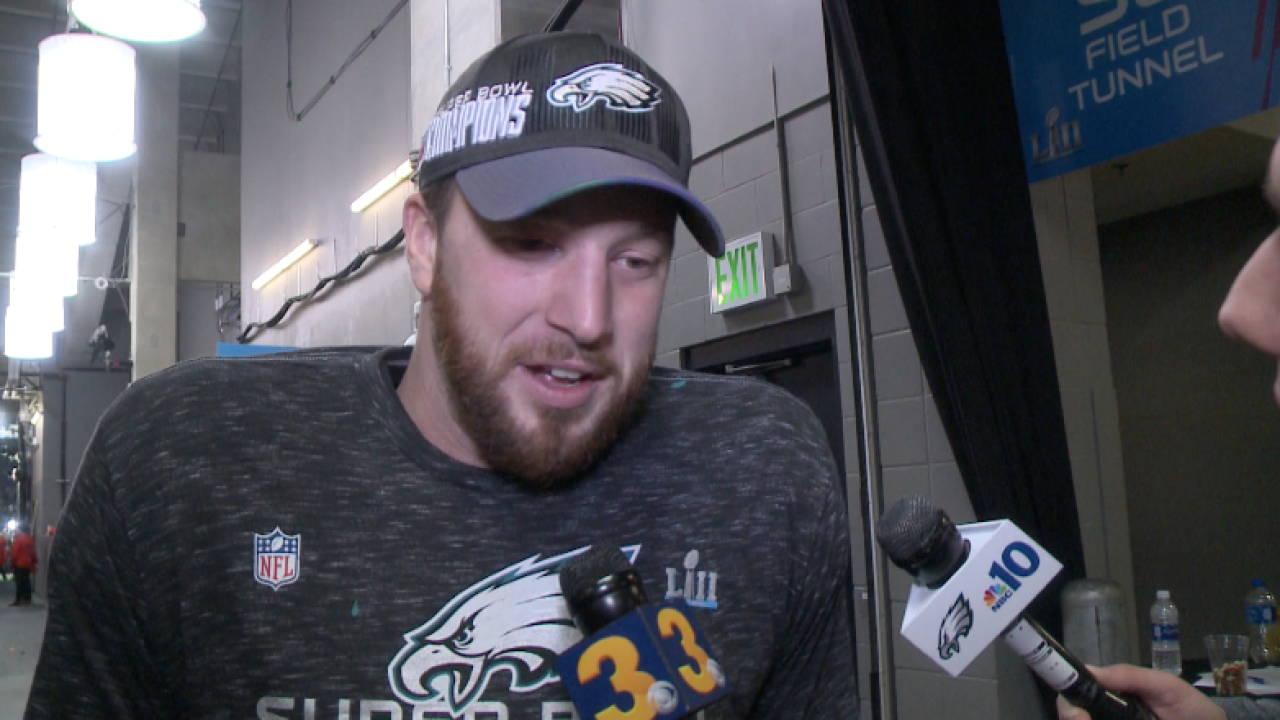 MINNEAPOLIS, Minn. - Super Bowl LII was a first on many occasions. It marked the first time the Philadelphia Eagles ended their season as Super Bowl champions.

It was also the first time a former Old Dominion football player played in, and won a Super Bowl.

Rick Lovato, the Eagles long snapper, played for the Monarchs from 2011-14. While working at his parents' deli in New Jersey in 2016, the Redskins called Lovato in to be their emergency long snapper.

After starting two games for the 'Skins, the Eagles called upon his services for the remainder of the season, and he would go on to be the permanent solution for Philadelphia at the position, playing in all 16 games.

Moments after being a newly minted world champion, News 3 caught up with Lovato to chat one-on-one.