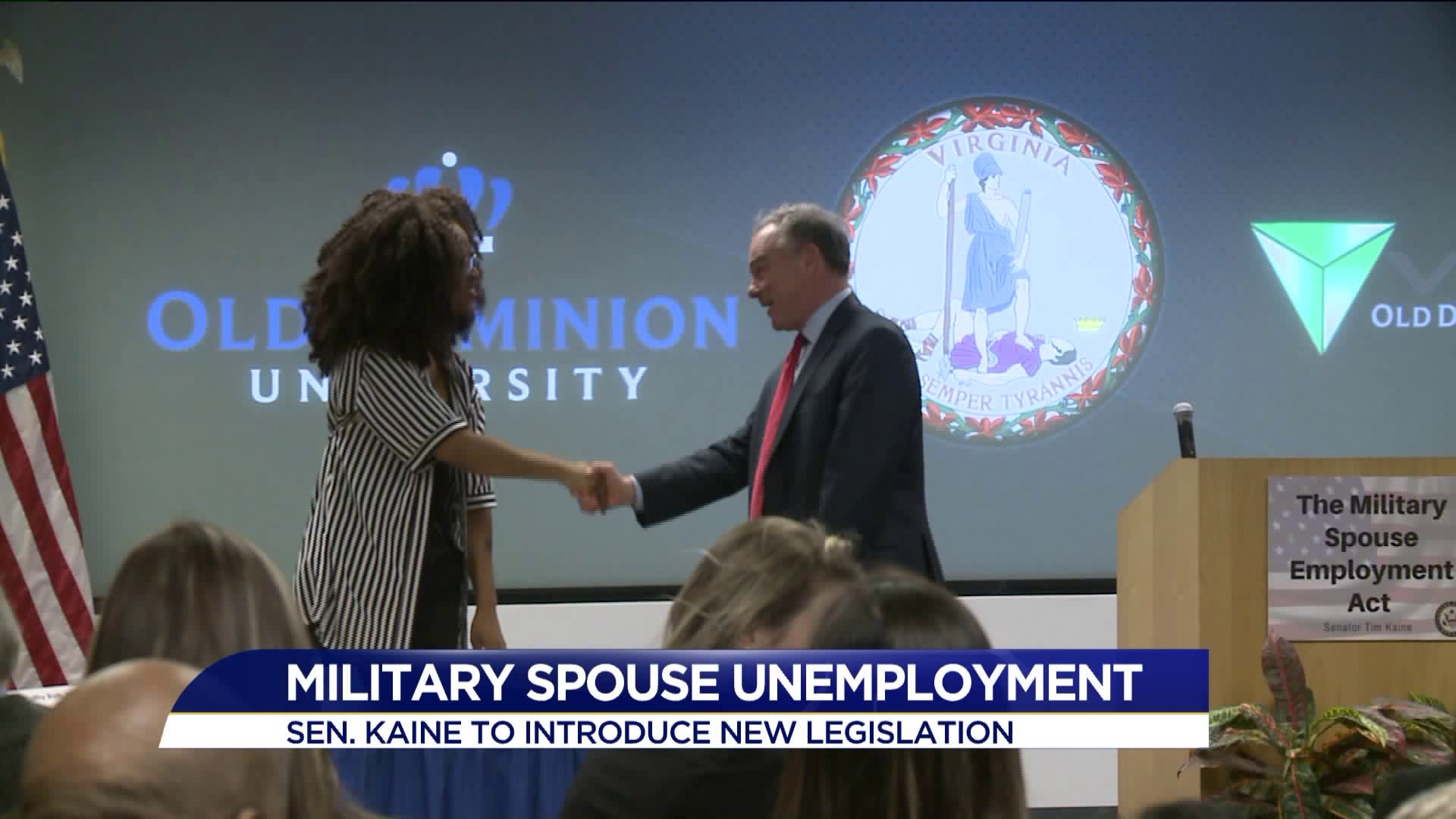 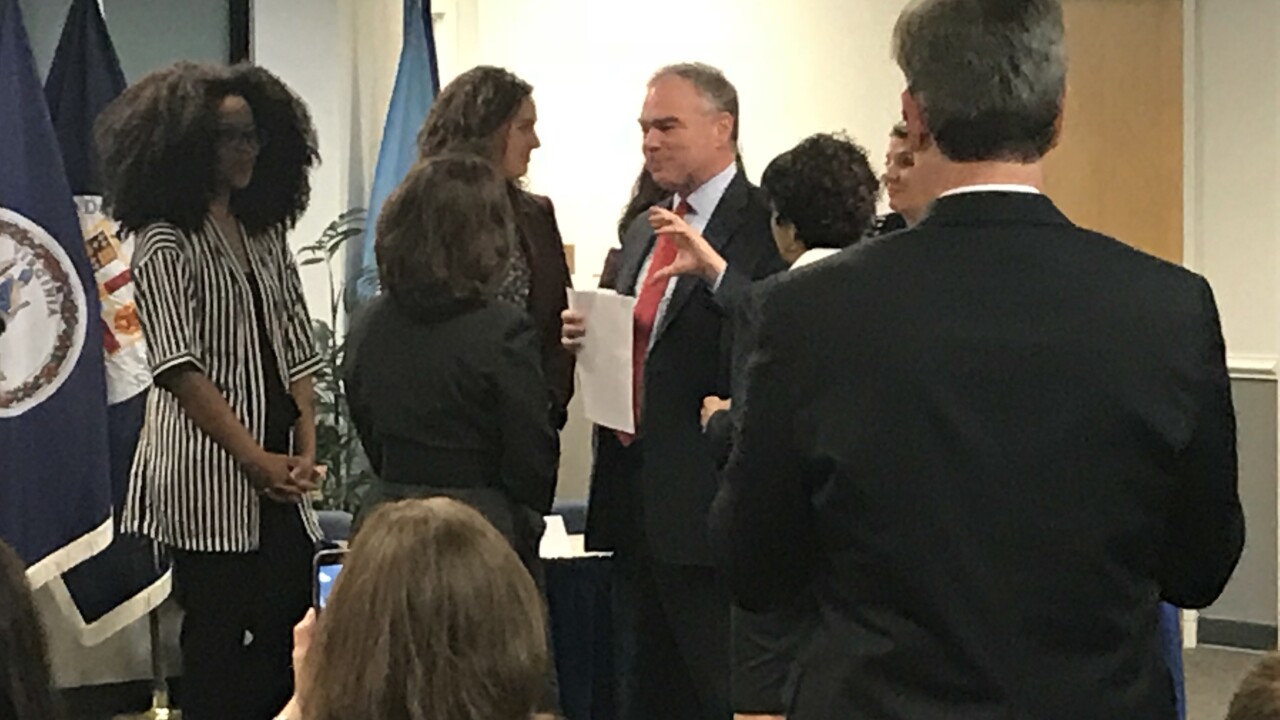 Kaine says he's traveled around the state and talked with military spouses who say they face obstacles when trying to find jobs. A big reason is that military members move so frequently.

"It's really, really difficult to get a job and then get transferred somewhere and have to start all over," Sen. Kaine said. "What you heard from these military spouses is that the starting over phenomenon is really tough."

Kaine says the unemployment rate for spouses is between 12 and 25%, but another 25% percent are underemployed.

The bill is called the Military Spouse Employment Act. Kaine explained the bill would allow federal agencies to expedite the hiring of a military spouse, require the Dept. of Defense to do business with more military friendly companies, and develop a plan on how spouses can run their own businesses while living on a base.

For education, the bill would tell the Dept. of Defense to figure out how to expand and increase awareness of career training programs.

On childcare, it would instruct the Dept. of Defense to find ways to increase the number of cleared child care providers.

It would also help transitioning military members continue to receive military resources, like access to the Military One Source for a year, instead of six months after transitioning to civilian life.

T.T. Robinson is a Navy wife who says she applied for dozens of jobs when she and her husband moved to Guam. Eventually, she got a call back, but once she revealed she's a Navy wife, she didn't hear back again. "It's so frustrating and disheartening," she said.

Kaine said he plans to attach the bill to the National Defense Authorization Act later this year and believes it will be an easy sell to his fellow members of Congress.