Hundreds of workers rescued from South African gold mine 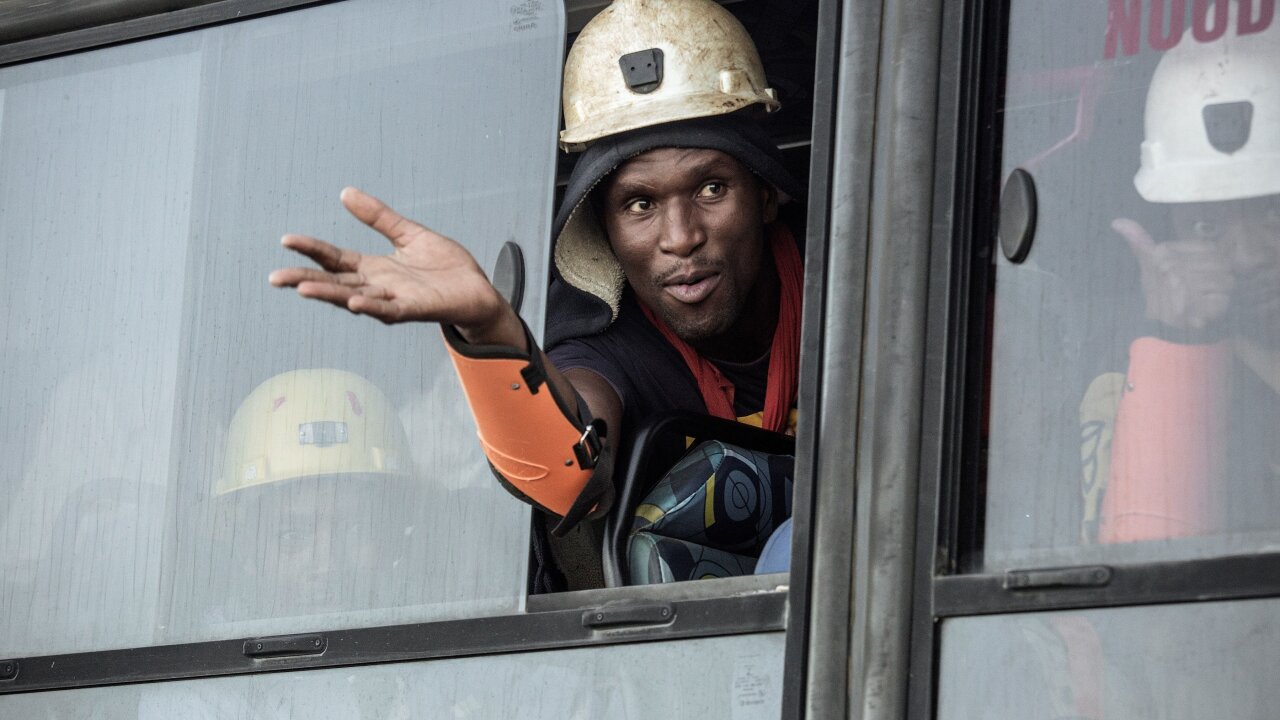 **This image is for use with this specific article only.** A rescued miner gestures out a bus window carrying some of the hundreds of miners rescued from the Beatrix gold mine shaft number 3 on February 2.

A rescued miner gestures out a bus window carrying some of the hundreds of miners rescued from the Beatrix gold mine shaft number 3 on February 2.

More than 900 miners have been rescued after being trapped in a South African mine for at least 24 hours following a loss of power.

South Africa’s Department of Mineral Resources announced Friday morning that all remaining miners had been freed from the shaft at the Beatrix gold mine, which is located in the city of Theunissen in the Free State.

A violent storm had knocked out the electricity supply on Wednesday, trapping the miners.

Angry family members had gathered near the mine waiting to hear news of their relatives, who had spent more than a full day underground, the state broadcaster SABC reported.

According to James Wellsted, a spokesman for managing company Sibanye-Stillwater, the miners had stayed close to the shaft to ensure they were in a well-ventilated area with ready access to food and water being delivered.

“Everyone is accounted, they are safe and in a safe place and we are providing food and water,” he told state broadcaster Thursday.

“(We kept them there), rather than trying to use a secondary escape way, which would have entailed a four hour walk,” Wellsted said, adding there were medical officers on the scene.

South Africa’s Association of Mineworkers and Construction Union (AMCU) had said Thursday it was “extremely concerned” about the situation.

“The Union … questions the lack of contingency plans in place to deal with this type of incidents,” the organization said in a statement.