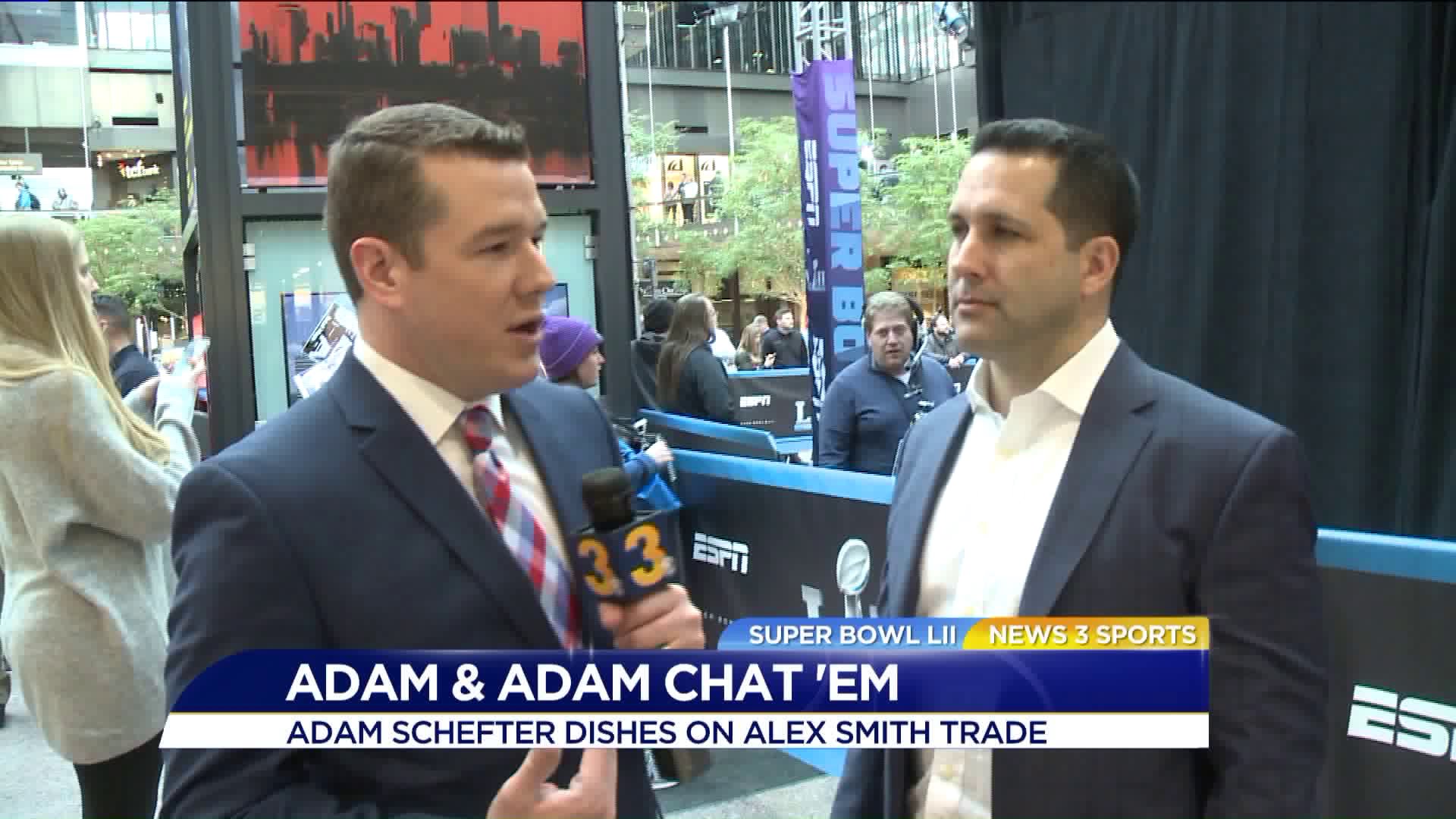 MINNEAPOLIS, Minn. - In 25 years of Super Bowl experience, ESPN NFL Insider Adam Schefter tells News 3 he doesn't recall a trade ever being agreed upon during Super Bowl week - and certainly not one of the magnitude of the Redskins deal for Chiefs quarterback Alex Smith.

In a rare one-on-one interview for a non-ESPN media outlet, Schefter was asked by News 3 Sports Director Adam Winkler about the bizarre timing of the trade - Tuesday of Super Bowl week.

"I think there was such a market and the Redskins had such a need at the position," Schefter explained. "They figured out they weren't going to be keeping Kirk Cousins, so there was no sense in waiting and they made the move now. I've been coming to the Super Bowl for 25 years. I don't ever recall a trade being agreed to Super Bowl week. I don't ever recall a trade of this magnitude being agreed to Super Bowl week and I think that speaks to how badly the Redskins needed to solve the position."

Wink then asked Schefter, who's as plugged-in as anyone in NFL media, for the league-wide reaction to the deal.

"The Redskins did the best they could to salvage what had become a very difficult situation," Schefter noted. "It was going to be very hard to re-sign Kirk Cousins, and it was going to take a lot of money to resign Kirk Cousins. And let's be honest: they weren't completely committed to keeping Kirk Cousins. How do you salvage that and find a quarterback in a quarterback needy league? That's how the conversations with the Chiefs started, and the Chiefs had a lot of teams to choose from. The Redskins stepped-up and offered a third round pick in addition to Kendall Fuller."