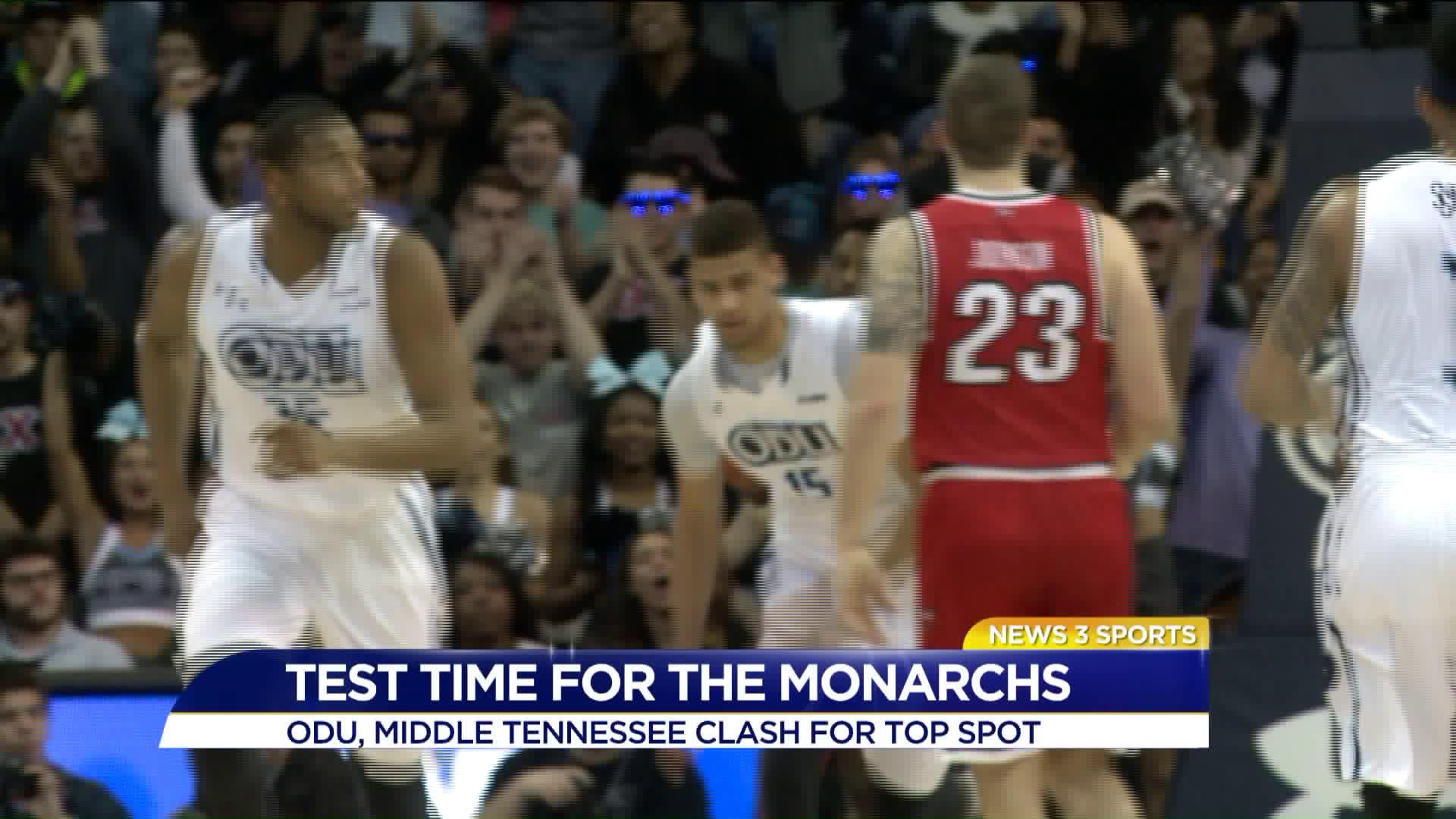 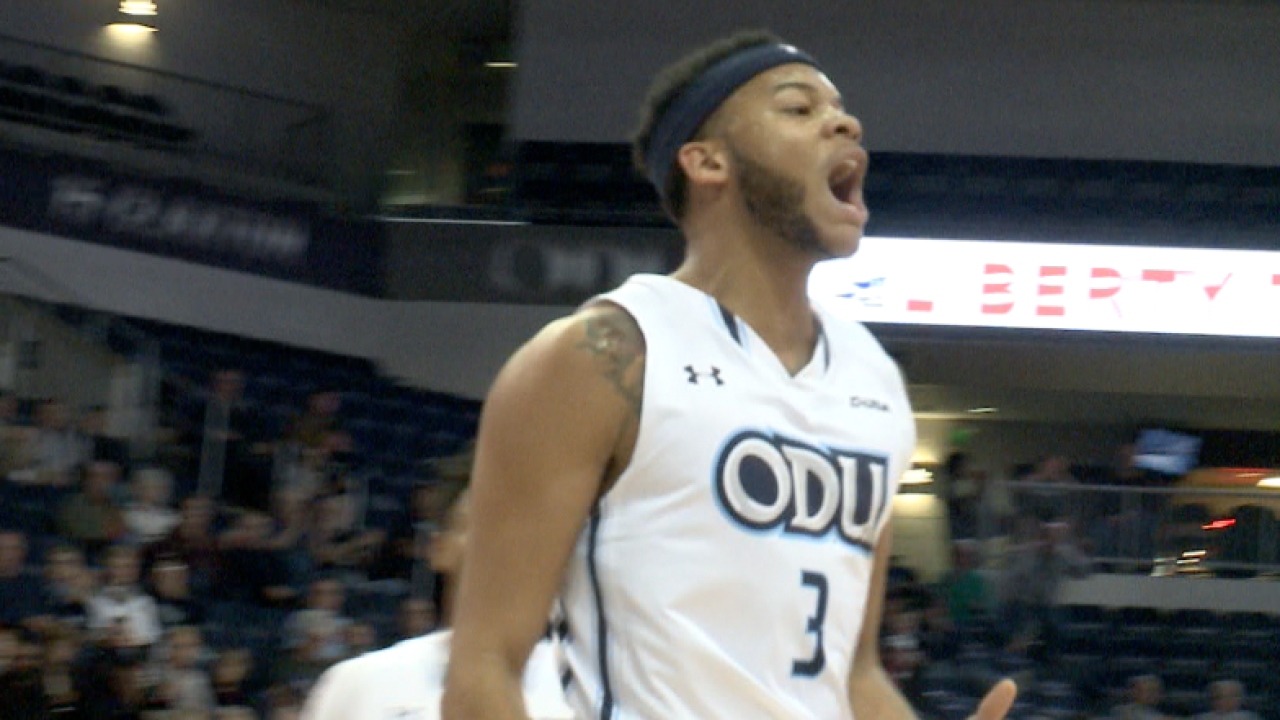 NORFOLK, Va. - There is a first time for everything. Old Dominion hasn't experienced a first against Middle Tennessee in their brief series history, as the Monarchs have gone 0-for-8 in games against the Blue Raiders.

Since their loss to Western Kentucky, who also sits at 7-and-1 in conference play, ODU has reeled off four straight wins, and won 11 of it's last 12 outings.

In the past, the Monarchs have been close to beating Middle Tennessee, but haven't been able to get over the hump. In the 2015 and '16 conference tournament's, it's been the Blue Raiders both times that ended ODU's run towards a conference championship.

Monarchs head coach Jeff Jones isn't worried about avenging previous seasons' losses. "The 0-and-8 part doesn't factor into Thursday night," Jones said. "That's the facts, but that has no bearing on what happens Thursday night. We've got to come out and play better than Middle Thursday night starting at eight o'clock."

Tip-off from the Ted Constant Center, where the Monarchs are 7-and-1 this season, is set for 8:00pm.