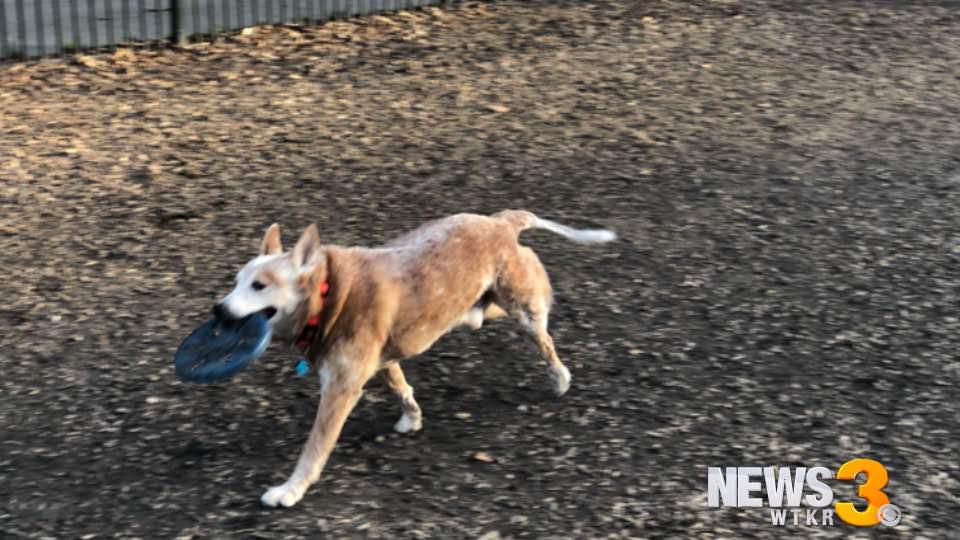 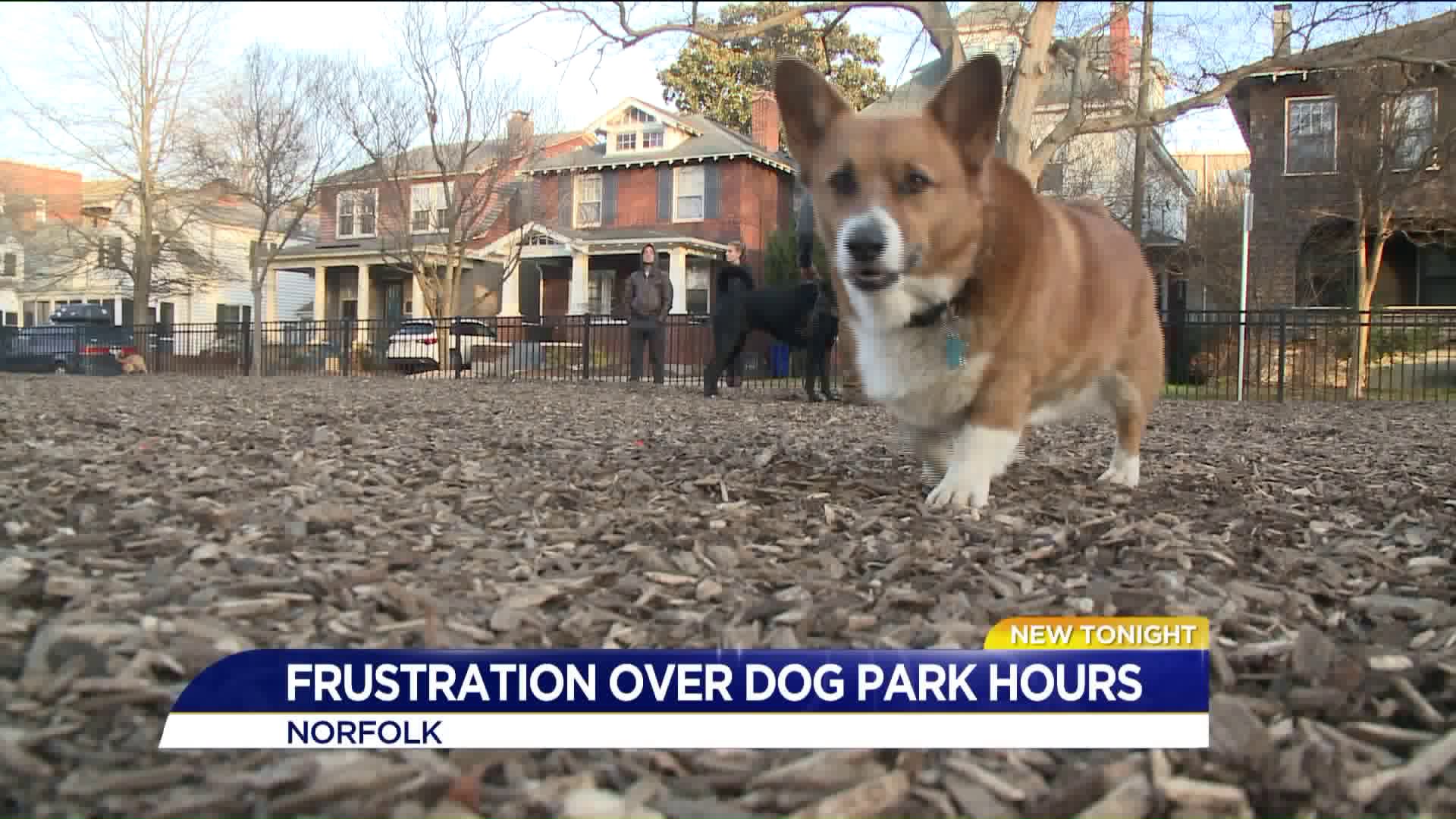 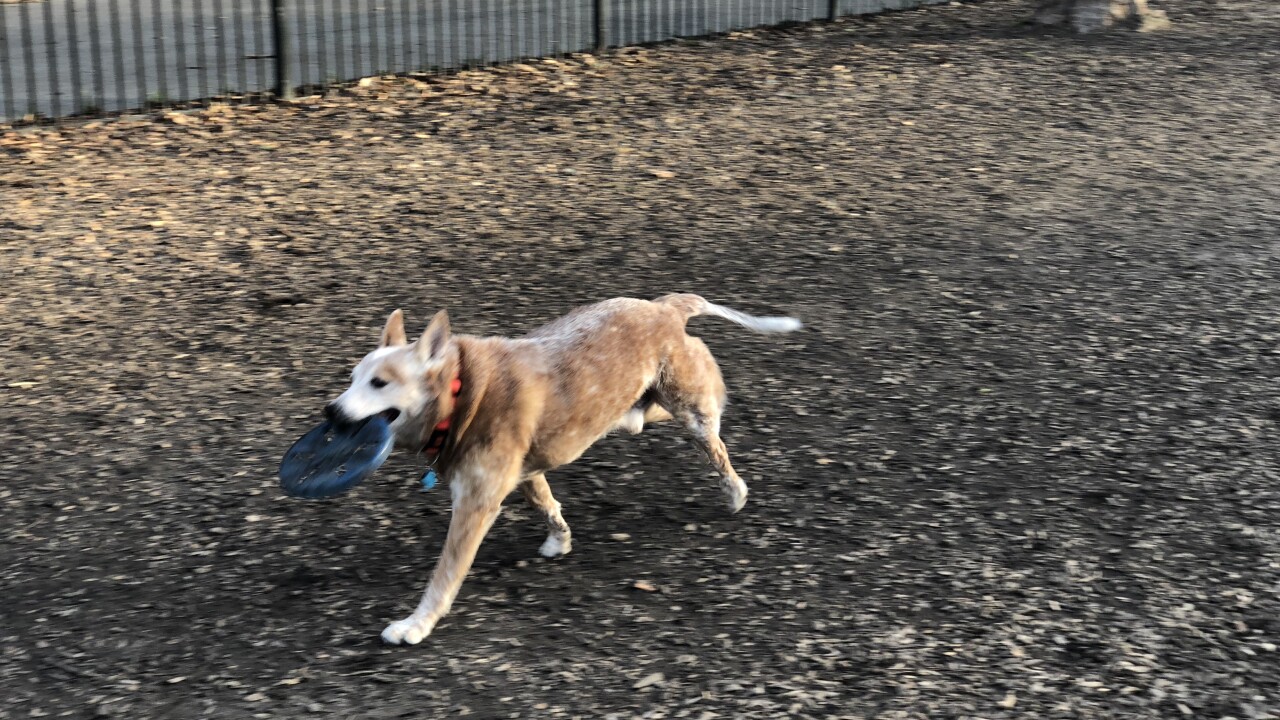 NORFOLK, Va. - There has been a lot of frustration around the Ghent Dog Park. Some dog owners believe the city is locking out the people who need it most, while some neighbors said they have seen dogs in the park outside of opening hours.

Opening hours for the park were sunrise to sunset. But after complaints about dogs and owners being in the park, located on Stockley Gardens, the city of Norfolk started locking the gates at 5 p.m. and opening them again at 7 a.m. in December.

"It's closing the dog park to the bulk of the users for a good part of the year," said Dan McNamara, the President of the Ghent Dog Park Association. "We're asking the city to consider changing that because the sun can set as early as 4:45 and rise as late as 7:30 so if you work a 9-5 job you're not going to be able to bring your dog out here. That lasts from October or November until February or March."

McNamara said the Norfolk Police Department came back with compromise hours, which would be 7 a.m. to 7 p.m. However, McNamara believes there are issues with that. He said the weather is one, stating in the summer, it can still be quite hot outside around 7 p.m. so that's not ideal for dogs.

Abigail Schwartz works a 9-5 government job. She has two rambunctious dogs, so she relies on the park as an outlet for them to use their energy.

"They actually chewed up the carpet once they were so upset they aren't getting the exercise they should. It's really important for me to be able to get to the dog park," said Schwartz.

However, during the winter, getting to the park before it closes is almost impossible for her since the sun sets earlier in the day.

"It's already hard for us to get to the post office, DMV, Social security office. Most days it`s just one more thing on the list and it doesn't have to be. That's why I feel so strongly about it."

Neighbors who live around the park also feel strongly about it.

"People want to bring their barking dogs before 7 in the morning. It's awful when people are trying to sleep. And at night I feel people aren't going to see to clean up after their dogs properly. I don't think it needs to change," said Joanna White.

White is a dog owner herself and believes there's other ways for dogs to get their exercise.

"I don't understand why they can't walk their dogs. I mean I walk my dogs and they love it. I don't really understand," said White.

A spokeswoman with the City of Norfolk said the city is currently responsible for opening and closing the park. She also mentioned during the recent winter snow storm, city staff saw dog owners jumping the fence to get into the park when it was closed.