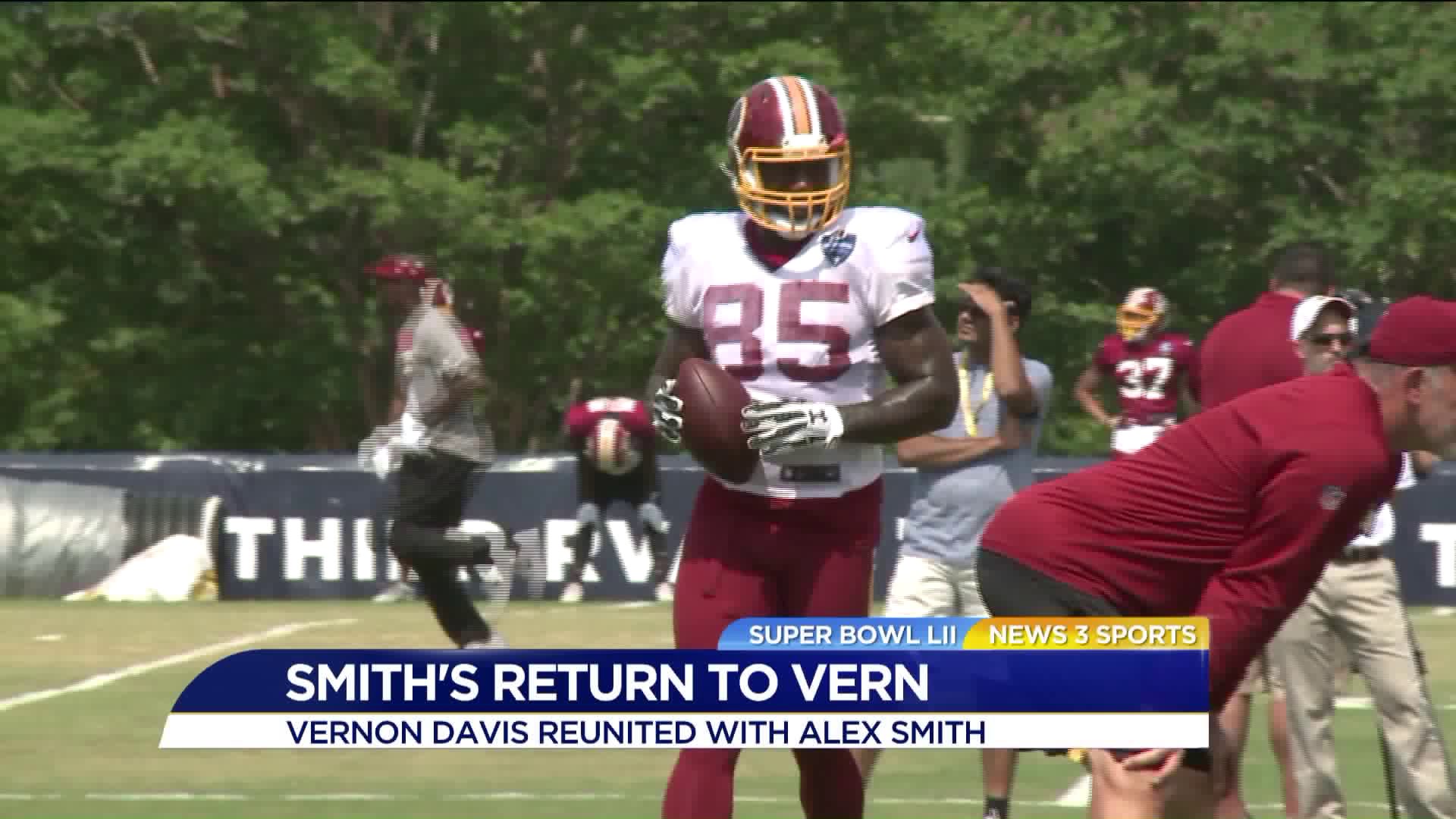 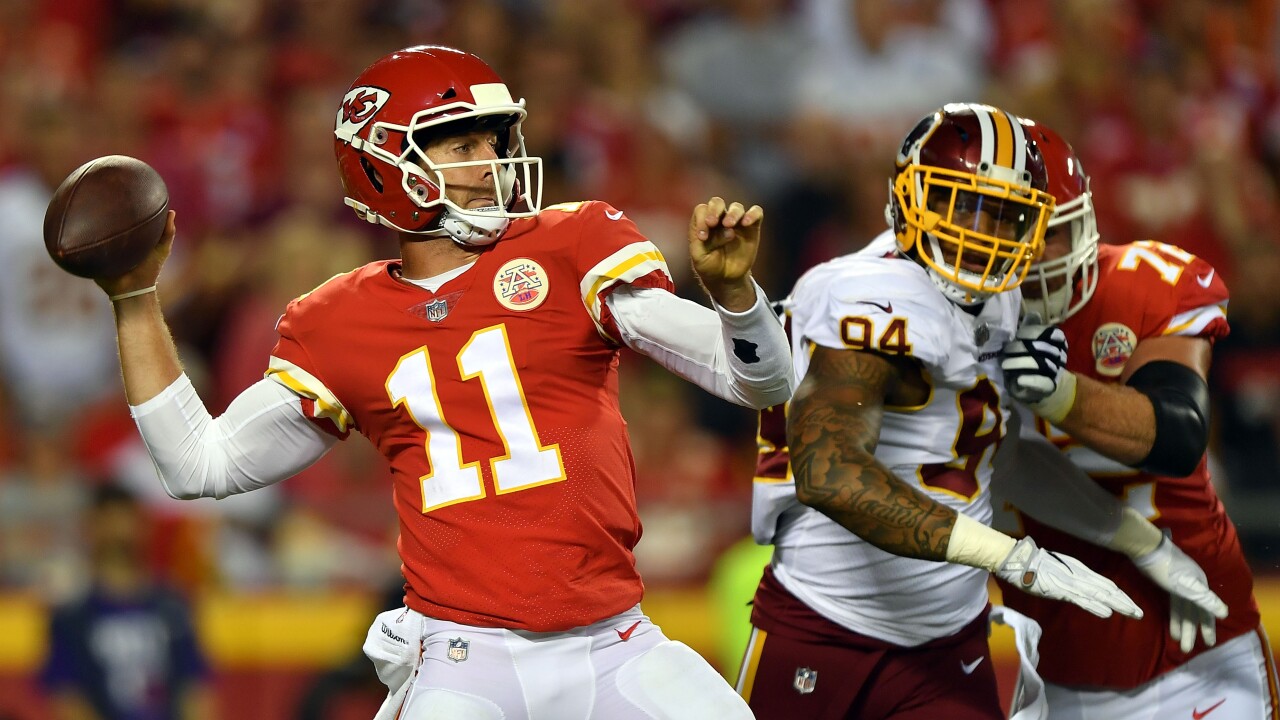 MINNEAPOLIS, Minn. - Soon-to-be new Redskins quarterback Alex Smith has thrown more touchdown passes to Vernon Davis (30) than he has to any other teammate with whom he's ever played.

Davis, entering his third season with Washington, spent the first seven years of his career in San Francisco with Smith. The two played together from 2006 to 2012, although Smith missed the 2008 season due to injury. In six seasons, Davis caught half of his career touchdowns from Smith.

"Alex Smith is a tremendous asset," Davis said. "I'm just thankful for the acquisition. Being able to finish with him will be nothing but spectacular and I look forward to it."

Tuesday night, the Redskins agreed in principle to trade for the 12-year NFL veteran.

"That definitely tells me they're ready to win," Davis added. "Whenever you make a move like that, and it was rational - I feel like it was rational. He's been playing at a very high level for some time now. We all know that. To have him become a Washington Redskin is amazing. I'm sure the guys are pumped up and ready to go."

Smith was selected with the top overall pick of the 2005 NFL Draft. The following year, San Francisco used the sixth overall pick to draft Davis.