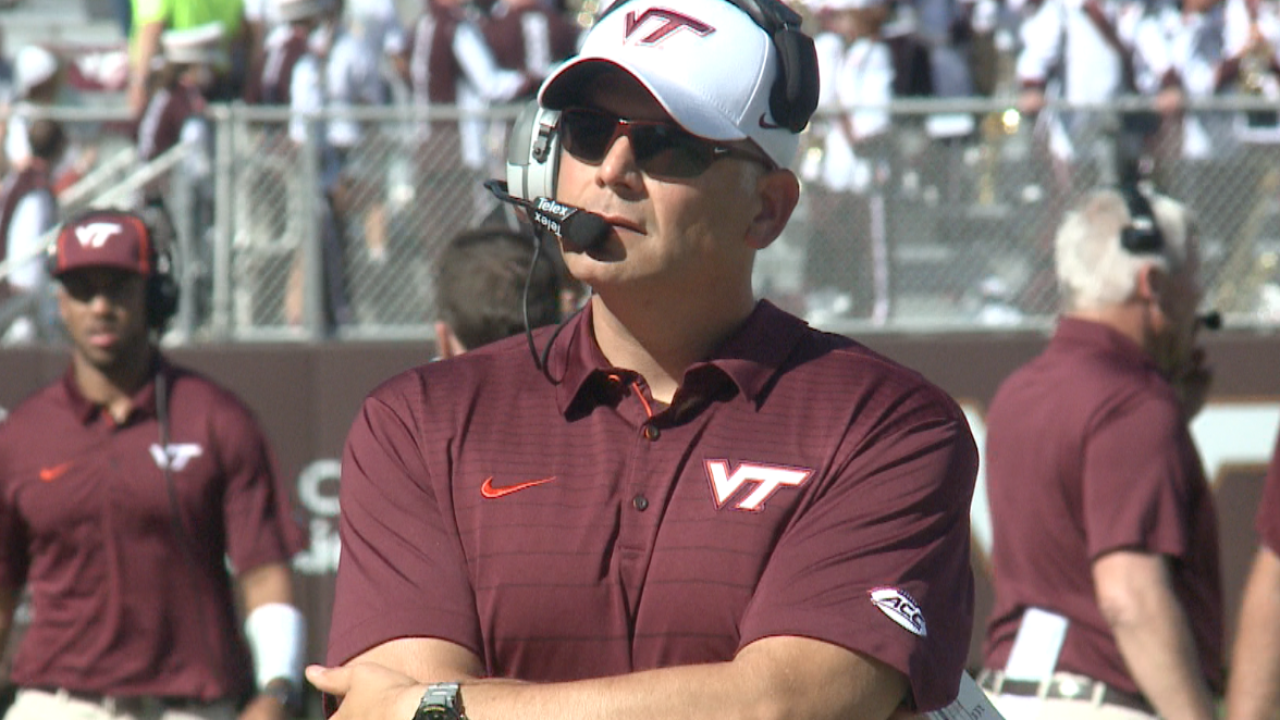 BLACKSBURG, Va. (Hokies Sports) – Following two successful seasons at the helm, Virginia Tech has committed to keeping head football coach Justin Fuente in Blacksburg for the next six seasons. Hokies Director of Athletics Whit Babcock announced Tuesday that Tech and Fuente agreed to a one-year contract extension that will keep him in Blacksburg through the 2024 season.

Fuente has guided Tech to 19 victories in his first two seasons at Tech, the highest two-year victory total of any Hokies’ football coach in his initial two years in Blacksburg. A consensus selection as the 2016 ACC Coach of the Year, the Tulsa, Oklahoma native is only one of six active FBS head coaches to lead his squads to nine or more victories each of the past four seasons. Tech finished the 2017 campaign at No. 24 in The AP Top 25 and No. 25 in the USA Today Coaches Poll.

“We are very committed to Coach Fuente and his staff on a long-term basis,” Babcock said. “He has been very loyal and is a tremendous fit at Virginia Tech. We believe in further solidifying the upward trajectory of our football program by investing in him, as well as the wonderful coaches and staff surrounding him. We are pleased to provide additional support staff and resources to our football program.”

In 2016, Fuente guided the Hokies to 10 victories and a berth in the ACC Championship Game in his debut campaign at Virginia Tech. The Hokies concluded that season at No. 16 in both the USA Today Coaches Poll and The AP Top 25, marking Tech’s highest finish in the final polls since 2010.

Fuente was named the top first-year FBS head coach in the nation in 2016 by the Football Writers Association of America, sharing that honor with USC’s Clay Helton.

“Jenny and our three daughters are very fortunate to call Blacksburg and Virginia Tech our home,” Fuente said. “Ensuring that we were able to retain and reward our very talented and dedicated assistant coaching staff was very important to me. The loyalty and dedication of our assistant coaches and support team is unwavering. I’m very appreciative of the additions and enhancements we are making to our facilities and support staff. I’m very proud to be a Hokie!”

“I can’t say enough about the leadership of Whit, Dr. Sands and the Board of Visitors,” Fuente continued. “They understand the ongoing commitment it will take to compete and win at the level at which Virginia Tech aspires. I’m extremely grateful for their support, as well as the passion of Hokie Nation. Not a day goes by that I’m not reminded about how passionate our fans are about Virginia Tech Football.”

Fuente indicated that Galen Scott has been promoted to assistant head coach/co-defensive coordinator/safeties. Scott will continue to play an integral role with Foster in implementing all aspects of Tech’s defense. In addition, Fuente confirmed that Associate AD for Strength and Conditioning Ben Hilgart has received a compensation adjustment thanks to Tech’s increased salary pool for the football staff.

Fuente joined the Hokies after four seasons as head coach at the University of Memphis.