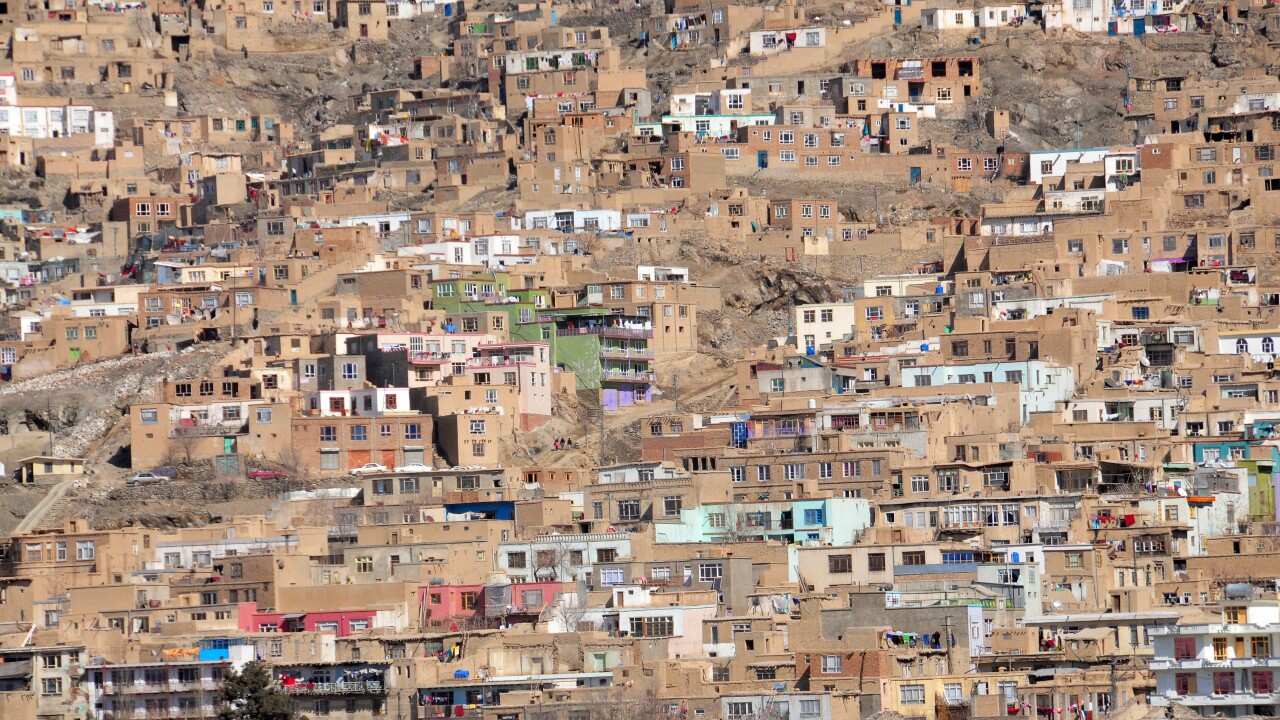 Kabul is the capital of Afghanistan as well as its largest city, located in the eastern section of the country. The houses were built on hills and rocks.

The independent watchdog charged with helping to oversee the war in Afghanistan claimed the Pentagon blocked it from publishing information about the control of territory in Afghanistan, a key metric that has been touted by US and Afghan officials as a benchmark to determine whether the US strategy is working.

The Pentagon has denied being responsible for the request to block the publishing of the information.

The NATO-led mission in Afghanistan, Operation Resolute Support, said the request was due to a “human error.”

“It was not the intent of Resolute Support to withhold or classify information which was available in prior reports. A human error in labeling occurred,” US Navy Capt. Tom Gresback, a spokesman for the operation, told CNN.

“The data is not classified and there was no intent to withhold it unnecessarily,” Gresback added, saying the error was the result of a classification system that incorporates both NATO and US terms.

“A mistake was made,” Gresback added.

Asked about Resolute Support’s statement saying that the blocking of the information’s publication was a mistake, the Inspector General, John Sopko, said the watchdog took classification of information “very seriously.”

“We have yet to receive any formal notification that we are clear to release this information publicly,” Sopko told CNN in a statement.

President Donald Trump has promised victory in the fight against terrorists in Afghanistan, appearing Monday to rule out talks with the Taliban for the time being following the group’s recent deadly terror attacks against civilians in Kabul.

But the new restrictions on the publication of data related to percentages of districts controlled by the Afghan government or the insurgents, or that is contested between the two groups, means it will be difficult for the American public to gauge whether Trump’s new strategy for Afghanistan and the wider region, unveiled in August, is a success or failure.

“The Department of Defense instructed (the Special Inspector General for Afghanistan Reconstruction) not to release to the public data on the number of districts, and the population living in them, controlled or influenced by the Afghan government or by the insurgents, or contested by both,” the watchdog said in its latest quarterly report, which was published Tuesday.

The Department of Defense “has determined that although the most recent numbers are unclassified, they are not releasable to the public,” the report adds, saying this was the first time that the watchdog has been asked to not publish unclassified information.

“This development is troubling for a number of reasons,” the report says, adding that “the number of districts controlled or influenced by the Afghan government had been one of the last remaining publicly available indicators” for the American public and some congressional staffers.

Lt. Col. Mike Andrews, a spokesman for the Pentagon, told CNN in a statement that the Department of Defense had encouraged the Special Inspector General for Afghanistan Reconstruction to use its December data on the amount of Afghan government control of the population in its report.

The Afghan government’s control over the population is a higher percentage number than its control over districts, as rural and less populated districts tend to be where the Taliban are strongest.

US Army Gen. John Nicholson, the commander of international forces in Afghanistan, told reporters last month that the Afghan government’s goal was to control “80% of the country over the next two years.”