Todd Ricketts will be the next RNC finance chair 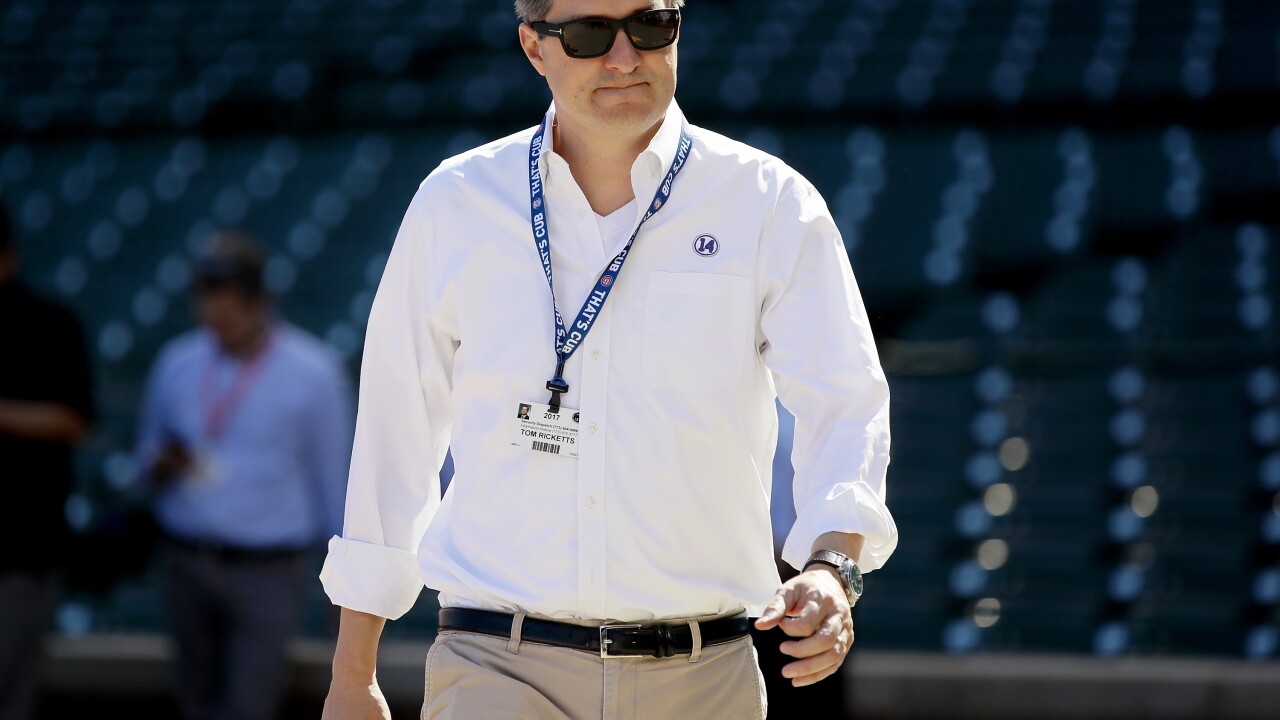 in the face of sexual misconduct allegations.

Ricketts is expected to be named finance chair as soon as Tuesday, a third source said. He originally emerged as a top candidate for the post this week, the source added.

Wynn’s departure from the post over the weekend followed decades’ worth of allegations of sexual misconduct against the founder and CEO of Wynn Resorts. In the wake of the allegations, first reported by The Wall Street Journal, GOP politicians rushed to return donations from Wynn, who has a history of donating to both parties but more recently has given heavily to Republicans.

Ricketts, a successful businessman and co-owner of the Chicago Cubs, emerged as a prominent booster for President Donald Trump during the 2016 campaign after initially supporting Wisconsin Gov. Scott Walker during the Republican primary. Trump nominated Ricketts as his deputy commerce secretary last year, but Ricketts ultimately withdrew his bid in April after struggling to reconcile his family’s complicated finances with the Office of Government Ethics.

Ricketts hails from one of the Republican Party’s most prominent families. His parents, Joe and Marlene Ricketts, initially supported Walker but ultimately spent $1 million in television ads attacking Hillary Clinton. His brother, Gov. Pete Ricketts of Nebraska, has been a vocal supporter of Trump.

Aside from the Cubs, the Ricketts family also oversees a hefty political operation that has brought together donors looking for well-respected stewards of their cash. The Ricketts family forged a particularly close relationship with Las Vegas casino magnate Sheldon Adelson, and was entrusted during the campaign to spend Adelson’s cash through a pro-Trump super PAC they ran called Future 45.

Also discussed at high levels for the finance chair post were Louis DeJoy, a deputy finance chairman for the RNC, and Tom Barrack, a billionaire and longtime friend of the President.