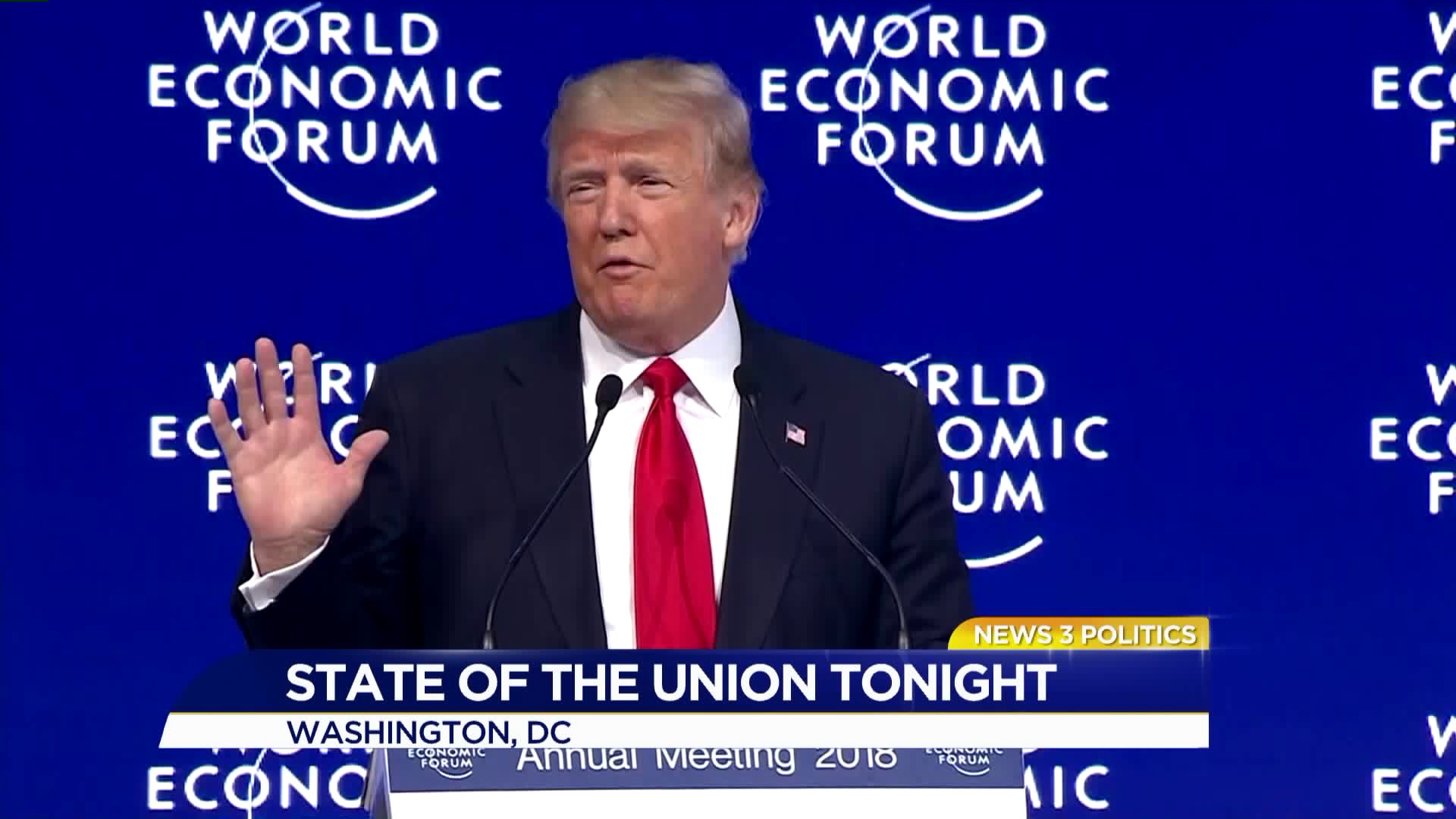 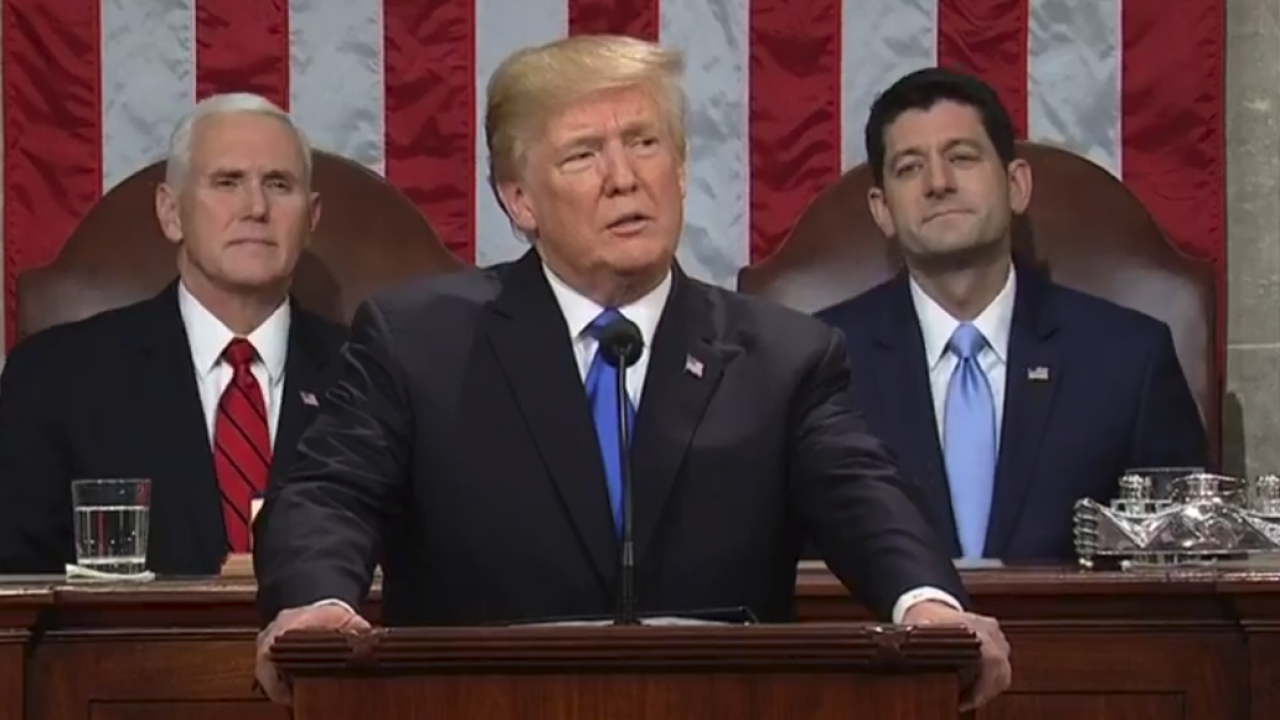 President Donald Trump highlighted the need to increase funding for US Immigration and Customs Enforcement and Border Patrol programs during his State of the Union address, as part of his call for Congress to pass an immigration deal.

With just a matter of days until February 8 — the date Majority Leader Mitch McConnell has said will mark the beginning of an immigration debate in the Senate — Congress watched closely for any clues as to what Trump will and won’t accept and whether the President can get slow-moving negotiations in Congress reignited.

During Tuesday’s speech, Trump largely stuck to the script of his “four pillars” for an immigration deal, and did not signal to congressional negotiators any openness to changing those demands.

“In recent months, my administration has met extensively with both Democrats and Republicans to craft a bipartisan approach to immigration reform,” Trump said. “Based on these discussions, we presented the Congress with a detailed proposal that should be supported by both parties as a fair compromise — one where nobody gets everything they want, but where our country gets the critical reforms it needs.”

The White House unveiled the framework of these pillars last week. The White House proposal offered a path to citizenship for 1.8 million immigrants eligible for the Deferred Action for Childhood Arrivals program. But, in exchange, the administration demanded $25 billion in border security funding and a significant overhaul for the legal immigration system, something Democrats have signaled would be untenable for them.

RELATED: Immigration tops the list of issues for Trump’s first State of the Union

Immigration talks remain gridlocked, with aides and members saying that a group of congressional whips has yet to have a significant breakthrough on DACA negotiations. Democratic Whip Dick Durbin of Illinois, a member of the discussions, gave a frank analysis of the group’s product so far.

“It has not produced an agreement on any aspect of this,” Durbin said adding “we’re running out of time.”

Asked if the group was any further along than it had been a week ago in finding a DACA proposal, Durbin was clear: “No.”

“Talking about having a bunch of staff meetings at this point doesn’t strike me as particularly designed to achieve some consensus by February the eighth,” Cornyn said.

A separate bipartisan group of nearly 20 lawmakers has also met to try to build consensus and brainstorm ways to break the impasse, but the group has said its role isn’t to craft a bill, but merely “funnel” good ideas to their leadership.

Immigration has long been Trump’s signature issue, a politically risky topic that Republicans believe the President is uniquely well-situated to address given the role immigration played in his campaign. But, Trump has also had to contend with the fact that his party remains divided on it. Moderates like South Carolina Sen. Lindsey Graham and Arizona Sen. Jeff Flake have tried to pull Trump to the center on DACA while forces within his own White House and senators like Tom Cotton of Arkansas have tried to encourage Trump to remain true to his base. The push and pull has left Trump careening at times from one extreme to another, and lawmakers said they would be watching carefully Tuesday night to see what version of the President — an amenable negotiator or fiery showman — delivered the State of the Union.

Some members have tried to encourage Trump to keep any DACA legislation narrow. Many fear that addressing so-called chain migration or family reunification and the diversity lottery could hurt the bill’s chances of passage.

“No one should take that to mean people don’t want to do anything,” Sen. Marco Rubio, a Florida Republican, said in advance of Trump’s speech. “It’s just what gives us the highest chance of success is to have a base bill that everybody agrees on, and then add things to it, as opposed to having a broad bill that then you are fighting to all the time to take things out of.”

And one of the speech’s signature lines, Trump appeared to respond to his immigration opponents who have criticized his ending of the DACA program, recipients of which are often called “Dreamers,” because their immigration status would have been protected under legislation called “the DREAM Act.”

“My duty, and the sacred duty of every elected official in this chamber, is to defend Americans — to protect their safety, their families, their communities and their right to the American dream,” Trump said. “Because Americans are dreamers too.”

Before the speech, Dr. Jesse Richman, a political scientist from Old Dominion University, said don’t expect a unifying tone to last. “Whether the president maintains a bipartisan speech or not it won’t last much beyond his closing,” he said earlier Tuesday.