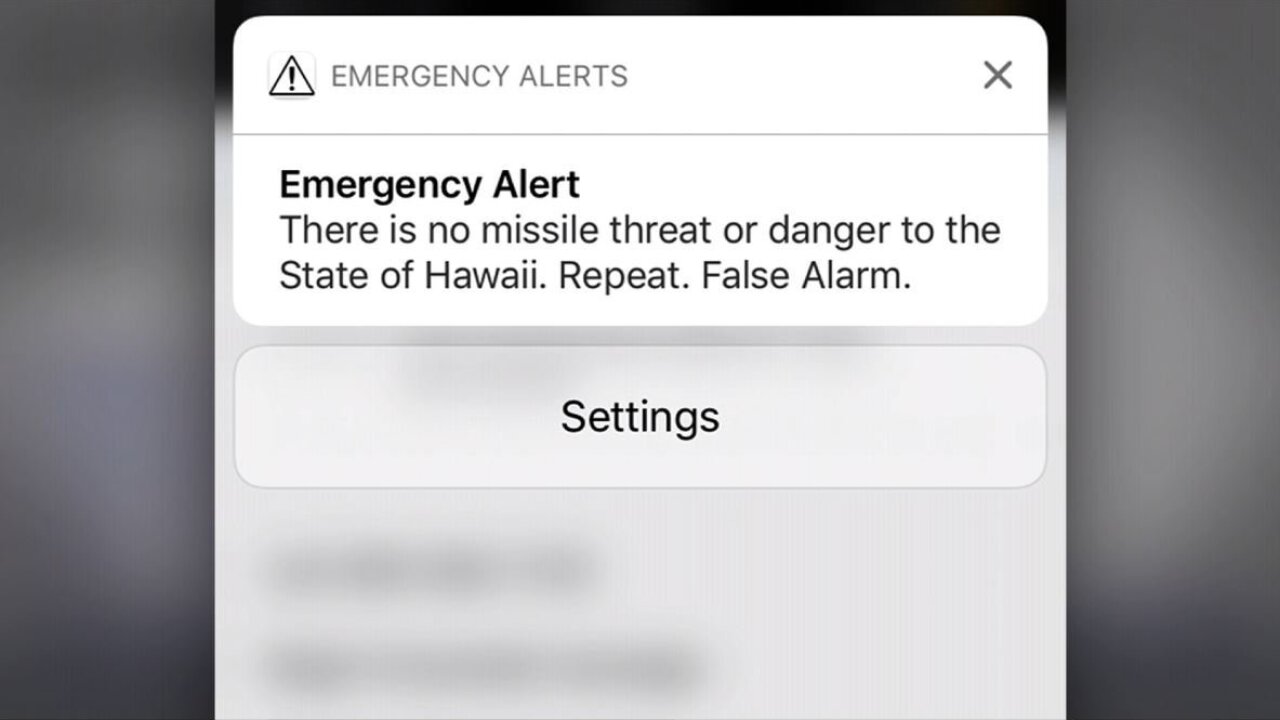 An emergency alert notification sent out on Saturday claiming a “ballistic missile threat inbound to Hawaii” was a false alarm.

A Hawaii Emergency Management Agency worker thought the state was under attack and sent out the warning that sent residents into panic, according to a Federal Communications Commission report.

“Many things went wrong in Hawaii,” FCC Chairman Ajit Pai said in a published statement Tuesday. “I don’t say this for the purpose of casting blame or disparaging Hawaiian officials. We simply need to identify the problems in order to fix them — not just in Hawaii, but anywhere else where they may exist.”

The warning worker on January 13 heard “this is not a drill” but not hear “exercise, exercise, exercise” in a drill call and sent out an incoming ballistic missile alert throughout the state, according to the FCC.

“According to the written statement, this day shift warning officer therefore believed that the missile threat was real,” the FCC said.

The worker would not speak to FCC officials in person and submitted the account of the incident in writing, the report noted.

Hawaii Governor David Ige and others are to announce their own findings of an internal investigation into the false alert.

Ige’s annoucement will also include “some of the personnel actions that will occur within the Hawaii Emergency Management Agency” as a result of the investigation, according to the Hawaii Department of Defense.

The event sent the state into panic for 38 minutes until officials sent out a message saying the warning was a mistake.

Ige came under criticism over the delay and he later said that he couldn’t hop on Twitter because he forgot his password.

Apart from Hawaii’s investigation, the FCC had also been looking into the incident, as the state came under criticism for lacking “reasonable safeguards.”

Last week, an FCC official told a Senate committee hearing that the employee who sent out the false missile alert was not cooperating with its investigation. The individual responsible for the mistake was disciplined and reassigned, but not fired, Hawaii’s Emergency Management Agency said earlier this month.

There were two “troubling things” in the FCC preliminary findings, Pai said.

The state “didn’t have reasonable safeguards in place to prevent human error from resulting in the tranmission of a false alert,” the statement said. The second main problem, Pai said, was there was no plan of action if a false alert went out.