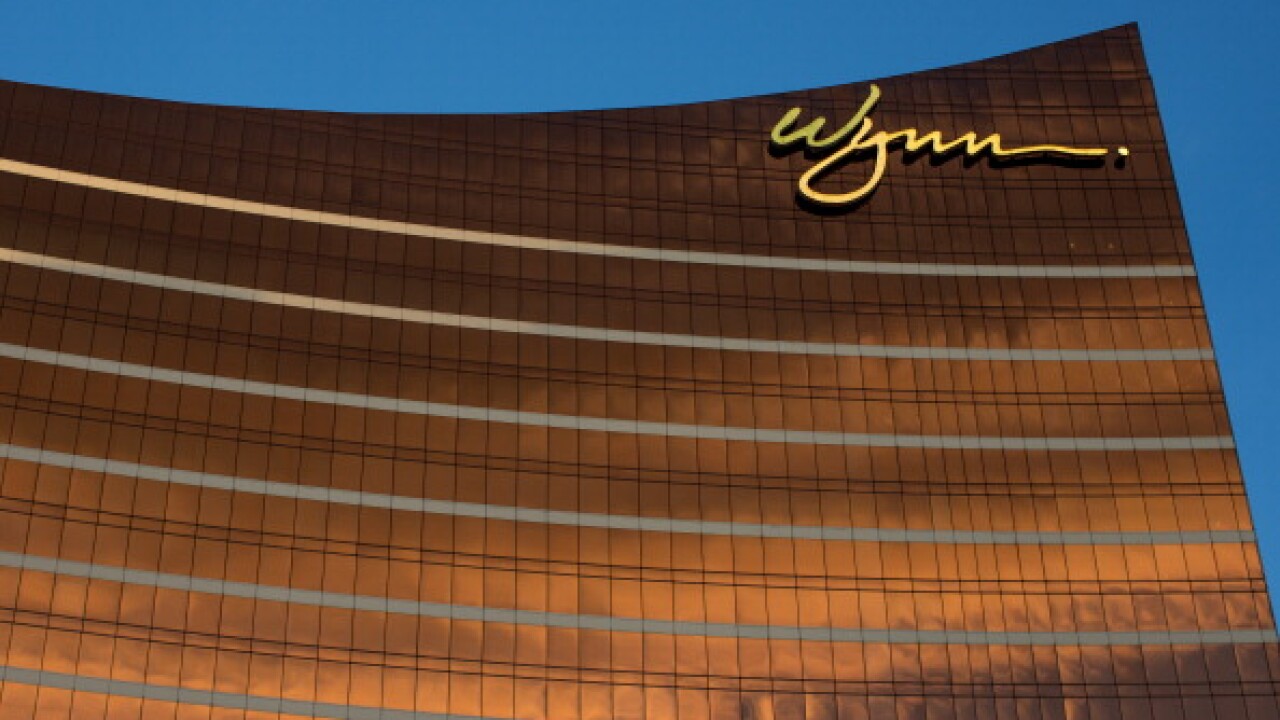 MACAU – JULY 29: A general view of the Wynn Casino is seen on July 29, 2013 in Macau, Macau. Macau, the only place in China with legalized casino gambling is booming. Gambling has been legal in Macau for more than 150 years but has seen a rapid transformation over the last decade from the small time gambling clubs, gangs and prostitution of the 1990s, to becoming the worlds gambling mecca. Last year, Macau generated $38 billion in casino revenue, six times more than Las Vegas, Nevada. Situated just one hour from mainland China and Hong Kong, Macau also known as “The Oriental Las Vegas ” received 14.1million visitors for the first six months of this year, in the most recent Statistics and Census Bureau report, with close to 90% of visitors being from mainland China, Taiwan and Hong Kong. Although the gambling industry has improved general living standards across Macau, it is not without it’s downside. With the influx of big money also comes, higher living costs, with some residents saying issues such as transportation, health care and social welfare have largely been ignored. Property prices have increased dramatically, forcing many small and mid-sized businesses into bankruptcy and pushing some residents to share accommodation or move away completely. (Photo by Chris McGrath/Getty Images)

The Republican Governors Association is returning a $100,000 contribution from Steve Wynn’s resorts company amid allegations of sexual misconduct on the part of the major GOP donor.

The governors’ group is also canceling its contract with Wynn Resorts to hold its 2020 annual conference at the Wynn Las Vegas casino and hotel.

The organization says it will not accept any future contributions from Steve Wynn or Wynn Resorts, where he is founder and CEO, “unless the allegations against Mr. Wynn are proven to be false.”

The group’s move comes in the wake of The Wall Street Journal’s Friday report detailing numerous allegations against Wynn. Wynn has denied the allegations.

“The allegations made against Mr. Wynn in the Wall Street Journal’s report on Friday are extremely serious,” said Jon Thompson, the Republican Governors Association communications director.

Thompson said the organization had made a $10,000 non-refundable deposit in July 2017 to Wynn Resorts after signing the contract for its 2020 conference. He said the group “will incur a large financial penalty for canceling the contract.”

Steve Wynn made the $100,000 donation in September 2017. The organization, Thompson said, cannot return $2.5 million in previous contributions from Wynn Resorts, donated over the last 18 years.

Wynn, who has a history of donating to both parties but more recently has given heavily to Republicans, had also served as Republican National Committee finance chair. He resigned from that fundraising post over the weekend.