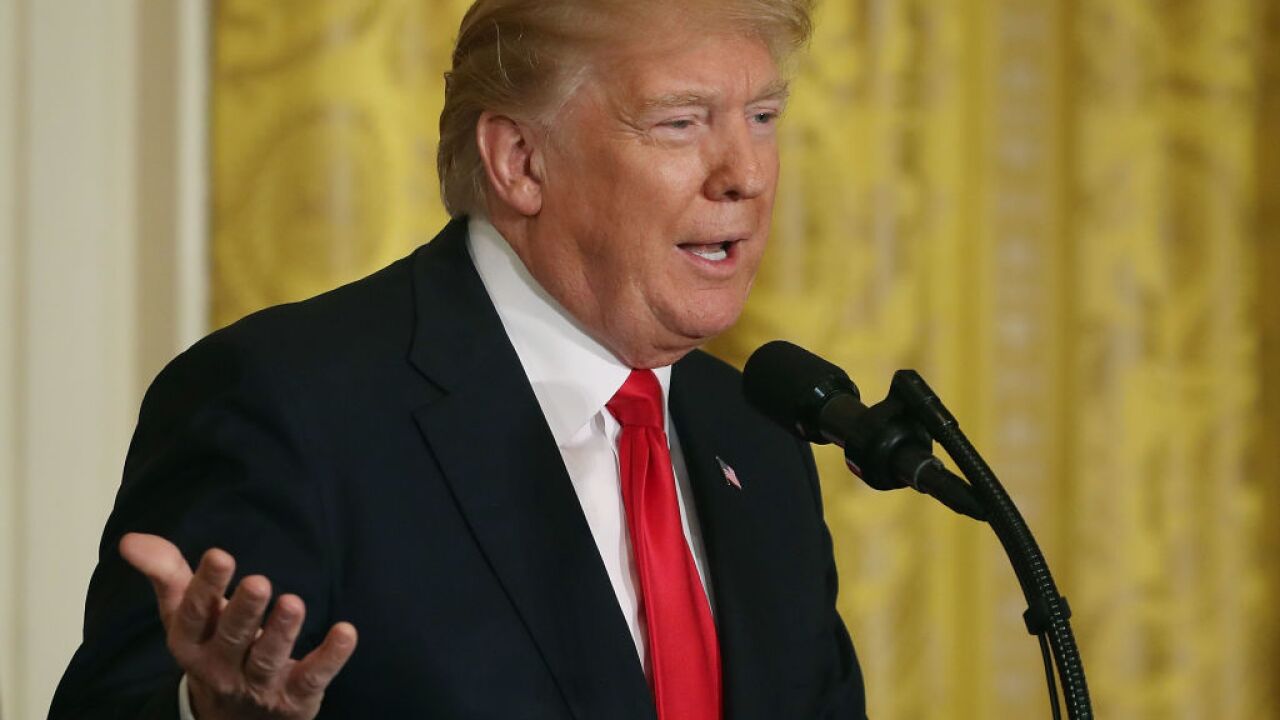 WASHINGTON, DC – JANUARY 10: U.S. President Donald Trump speaks during news conference with Prime Minister Erna Solberg of Norway in the East Room at the White House, on January 10, 2018 in Washington, DC. The two leaders participated in a meeting before taking questions from the media. (Photo by Mark Wilson/Getty Images)

The Trump administration announced new sanctions Friday related to Russia’s occupation of Crimea and ongoing violence in eastern Ukraine, just days ahead of a congressionally mandated deadline for the implementation a separate, broad array of Russia-related sanctions.

In a press release, the Treasury Department said it was designating 21 individuals and nine entities under existing authorities, including Russian government officials and Russian companies connected to projects in the disputed Crimean Peninsula.

“The US government is committed to maintaining the sovereignty and territorial integrity of Ukraine and to targeting those who attempt to undermine the Minsk agreements,” Treasury Secretary Steve Mnuchin said in a statement. “Those who provide goods, services, or material support to individuals and entities sanctioned by the United States for their activities in Ukraine are engaging in behavior that could expose them to US sanctions.”

By Monday, the administration must implement a set of additional sanctions meant to punish Russia for its interference in the 2016 US election. Those sanctions were mandated by Congress in a bill passed last year, which President Donald Trump vocally opposed but signed into law nonetheless.

Friday’s sanctions, however, fall under four existing executive orders, and are just the latest in a series of actions taken by the administration to put pressure on the Russian government.

Earlier in the day, the State Department condemned the ratification of an agreement between Russia and separatist leaders in Georgia, saying in a statement, “The United States fully supports Georgia’s territorial integrity within its internationally recognized borders.”

And Secretary of State Rex Tillerson has emphasized in meetings with Russian officials that the country’s interference in Eastern Europe, and particularly in Ukraine, represents a major roadblock to better US-Russia relations.

Last month, Tillerson told the audience at an Organization for Security and Cooperation in Europe event that the United States would maintain sanctions against Russia until Crimea is once again controlled by the government of Ukraine.

“We will never accept Russia’s occupation and attempted annexation of Crimea,” he said in full view of Russian Foreign Minister Sergey Lavrov.

Tillerson has also called out Russia’s government for its continued support of Syrian President Bashar al-Assad, saying in remarks earlier this week that it “bears responsibility” for Assad’s use of chemical weapons against civilians.