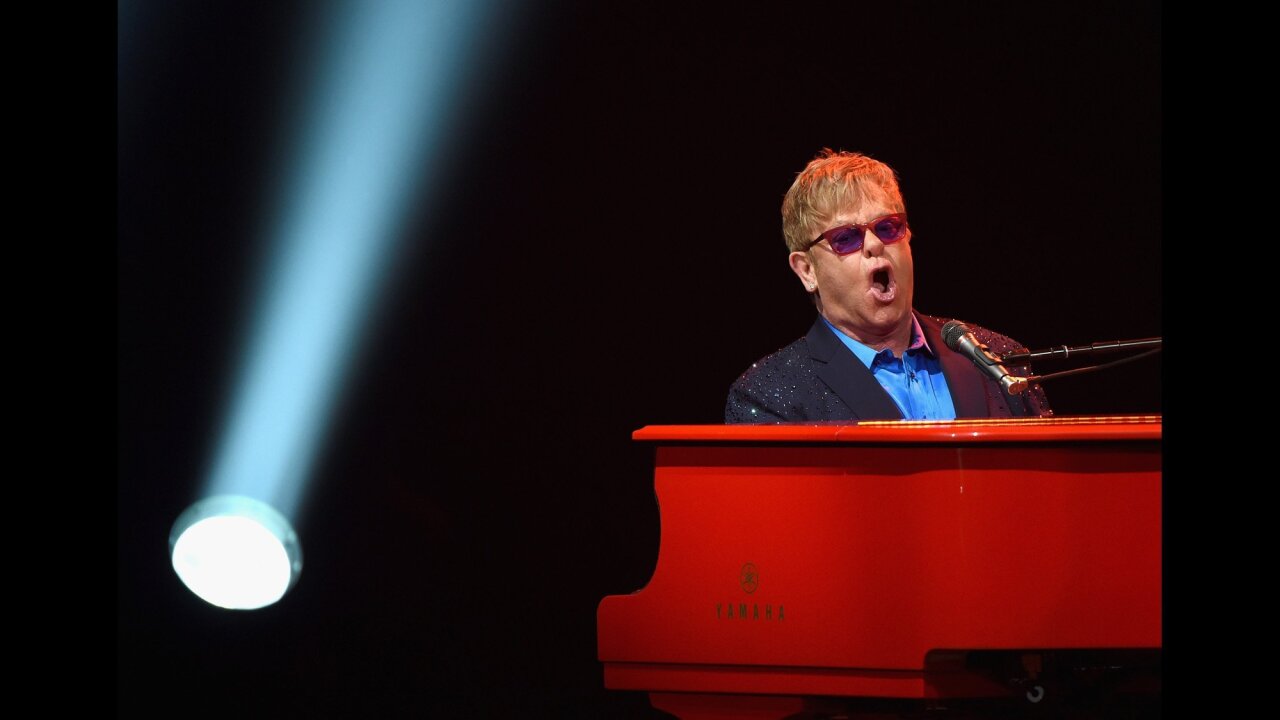 **This image is for use with this specific article only** Elton John is one of the best-selling recording artists fo all time. The singer has charted more than 60 songs on Billboard’s Hot 100 list, including nine No. 1 hits. CREDIT: Larry Busacca/Getty Images for Island Records

Sir Elton John is saying goodbye to life on the road.

The music icon announced at a press event on Wednesday that his next world tour will be his last. The three-year tour will start in September, John told CNN’s Anderson Cooper in a sit-down chat that was live-streamed around the world.

“I’ve been touring since I was 17 with various bands,” John said. “I thought the time is right to say thank you to all my fans and say goodbye.”

John said his priorities changed when he and his husband, David Furnish, had children.

“We had children and had changed our lives and in 2015 we sat down with their school schedule and we said I’m going to miss too much of this,” he told Cooper.

There had been speculation for several days over what John’s announcement would be after a countdown clock was posted to his official website with lyrics from his hit song, “Goodbye Yellow Brick Road.”

John said on Wednesday that he decided in 2015 that this would be his last tour, telling Cooper, “I can’t go on forever.” The tour is called “Farewell Yellow Brick Road” but this isn’t farewell forever. John said he still wants to make more albums.

“I’m not worried about stopping,” he said.

John hits the road on September 8 for a tour that will include 300 shows across five continents. Tickets for “Farewell Yellow Brick Road” go on sale February 2.

Fans can also catch the Rocket Man in Las Vegas, where John is on his second residency at Caesars Palace. The singer had to cancel a few shows last year after he was hospitalized for a bacterial infection he contracted while he was on tour in South America. “The Million Dollar Piano” show will end in May.

John, 70, is also scheduled to perform a duet with Miley Cyrus at the Grammy Awards this weekend at Madison Square Garden in New York City.

John is a celebrated artist whose self-titled 1970 debut reached No. 4 on the Billboard 200 and gave him his first Top 10, “Your Song,” according to the Grammy’s official site. He’s won five Grammy Awards, a Tony and an Academy Award.

Early in his career, John was known for flamboyant costumes and wild glasses. He’s taken the stage wearing a duck suit, a sequined baseball uniform and a Ronald McDonald outfit. He wore the colorful clothes to help create a spectacle and offset his shyness onstage.

He is the third most successful Billboard Hot 100 artist of all time, according to the magazine’s tally of sales for music released between 1958 and 2015. Only the Beatles and Madonna rank higher.

John is currently collaborating on a Broadway musical based on “The Devil Wears Prada,” the 2003 book written by Lauren Weisberger, which was turned into a film in 2006 starring Meryl Streep and Anne Hathaway.