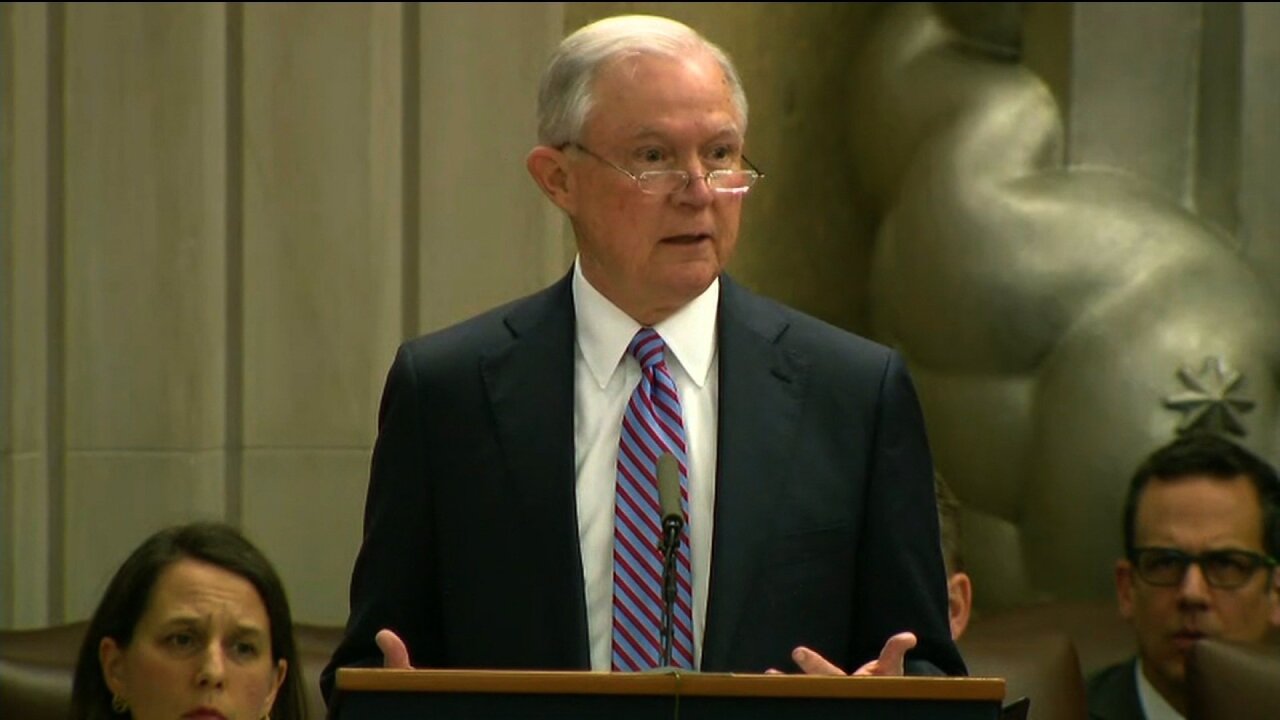 File- Attorney General Jeff Sessions was questioned for several hours last week by special counsel Robert Mueller’s office as part of the investigation into Russia’s meddling in the election and whether President Donald Trump obstructed justice since taking office, a source close to Sessions told CNN.

Sessions was questioned for several hours last week as part of the investigation into Russia’s meddling in the 2016 election. Investigators spoke with Comey last year, sources told CNN.

The interviews, part of the investigation into Russia’s meddling in the election and whether President Donald Trump obstructed justice since taking office, are major developments in Mueller’s investigation.

Sessions was questioned last Wednesday, a source close to Sessions told CNN, and a source familiar with the discussion said it was the first time the attorney general was interviewed. He was not under subpoena, the source familiar added.

The New York Times, citing two people briefed on the matter, reported Tuesday that Comey was asked about memos he wrote about interactions with the President.

Neither meeting was revealed until Tuesday.

Justice Department spokeswoman Sarah Isgur Flores confirmed the Sessions meeting, which was also first reported by The New York Times. She declined to say if the attorney general turned over any documents or communications to Mueller’s office.

The White House said it is cooperating with Mueller’s investigation. White House special counsel Ty Cobb declined to comment when asked about the Sessions meeting.

“No, I’m not at all concerned,” Trump said in the Oval Office. He added that he and Sessions did not discuss the conversation when the attorney general visited the White House on Monday.

According to CNN research, Sessions is the 15th member of the Trump administration, including former and current officials, who are known to have been interviewed in the Russia investigation that is currently led by Mueller and was previously led by Comey.

Last week, two people familiar with the process told CNN former White House chief strategist Steve Bannon has struck a deal with Mueller’s team and will be interviewed by prosecutors instead of testifying before a grand jury. The sources did not say when the interview will take place or if the subpoena would be withdrawn.

Sessions announced he would recuse himself from all matters relating to the Russia investigation in early March 2017. Politicians, including Republicans, praised the decision at the time, but Trump has publicly rebuked his attorney general and said he wished Sessions had not recused himself.

Sessions’ recusal left Justice Department oversight of the probe to Deputy Attorney General Rod Rosenstein, who appointed Mueller to be special counsel after Trump fired Comey in May 2017.

Earlier this month, the Times reported that Mueller is aware of an unsuccessful attempt by Trump to lobby Sessions to not recuse himself from the Justice Department’s Russia probe.