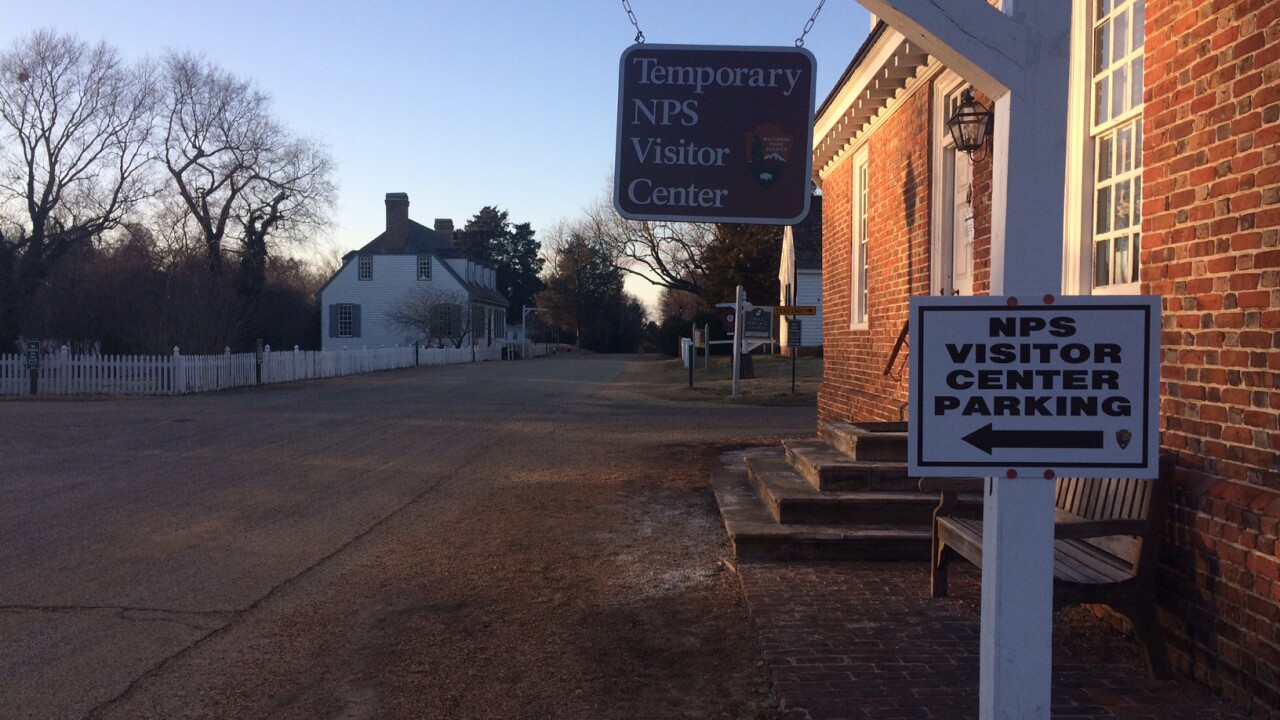 YORKTOWN, VA. – The Colonial National Historical Park’s visitor center has a closed sign on the front door since the government shutdown on January 22.

Jonah Hoyt told News 3’s Aleah Hordges that his father is a member of the Army Reserve and the government shutdown has been tough on the family.

“Especially when you have bills and four kids to take care of and while you’re in school full time as well,” Hoyt said.

He said work has even slowed down.

“He had drill this weekend and it was cancelled because they’re not getting paid so they just called it off,” mentioned Hoyt.

It can also be a major slow down in the local economy.

About 40% of the Hampton Roads economy is tied to the federal government.

The tens of thousands of federal employees in our area could be told to stay home and places like Colonial National Historical Park will suffer.

Park visitor Lina Kilmer told News 3, “The visitor’s center is just wonderful. Both of the different visitor’s centers they’ve put a great deal of resources in it to make it very appealing and very accurate.”

They’re hoping the government will resume business sooner than later.

“I just hope that they’ll figure out how to figure out all the money issues soon and they’ll put the government back on and stop holding everything,” added Hoyt.

Senator Tim Kaine asked to reopen the government for three days to rework the federal spending bill that will satisfy both parties and will keep people at work on January 21, but the majority whip denied Kaine’s request.