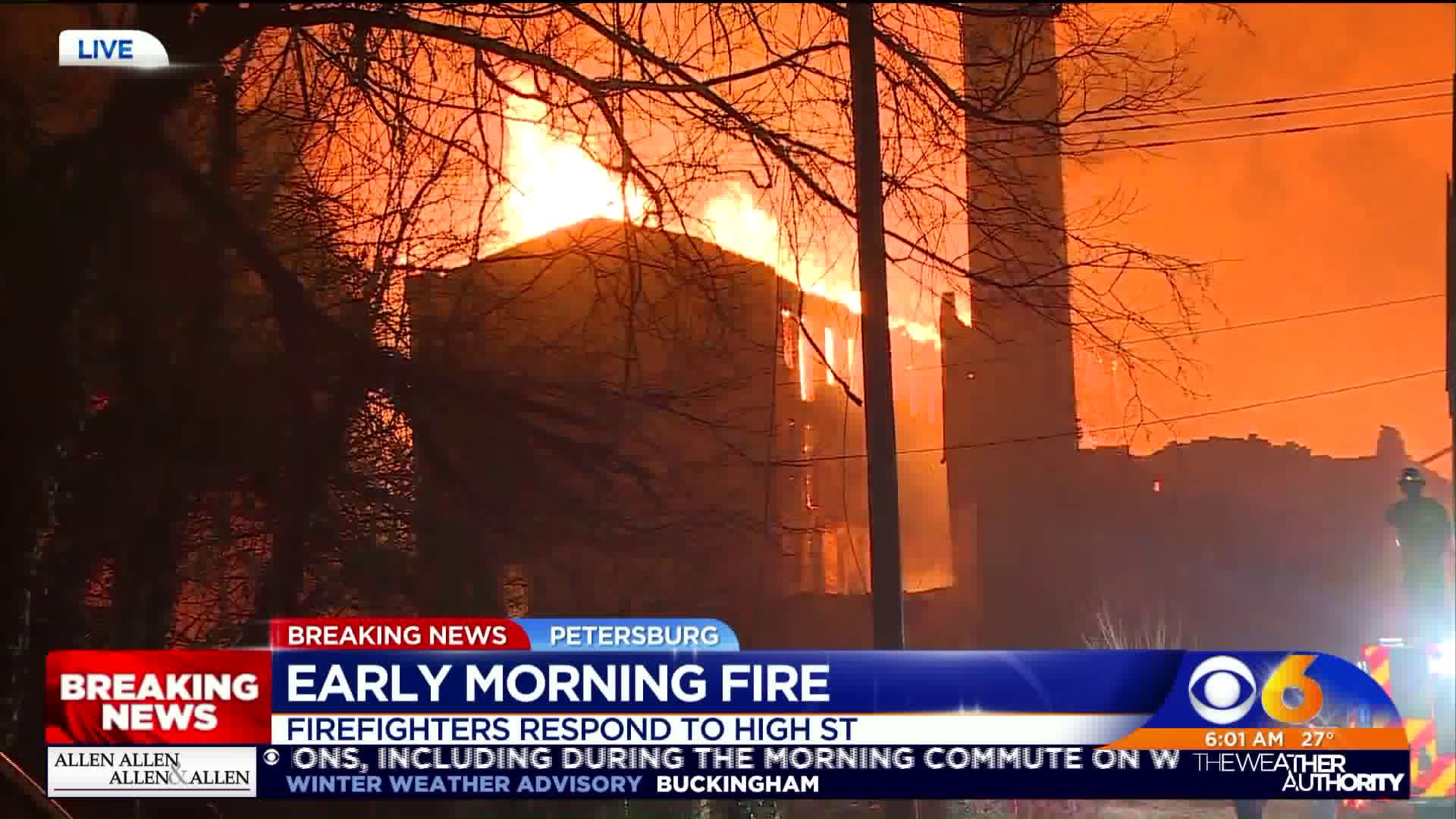 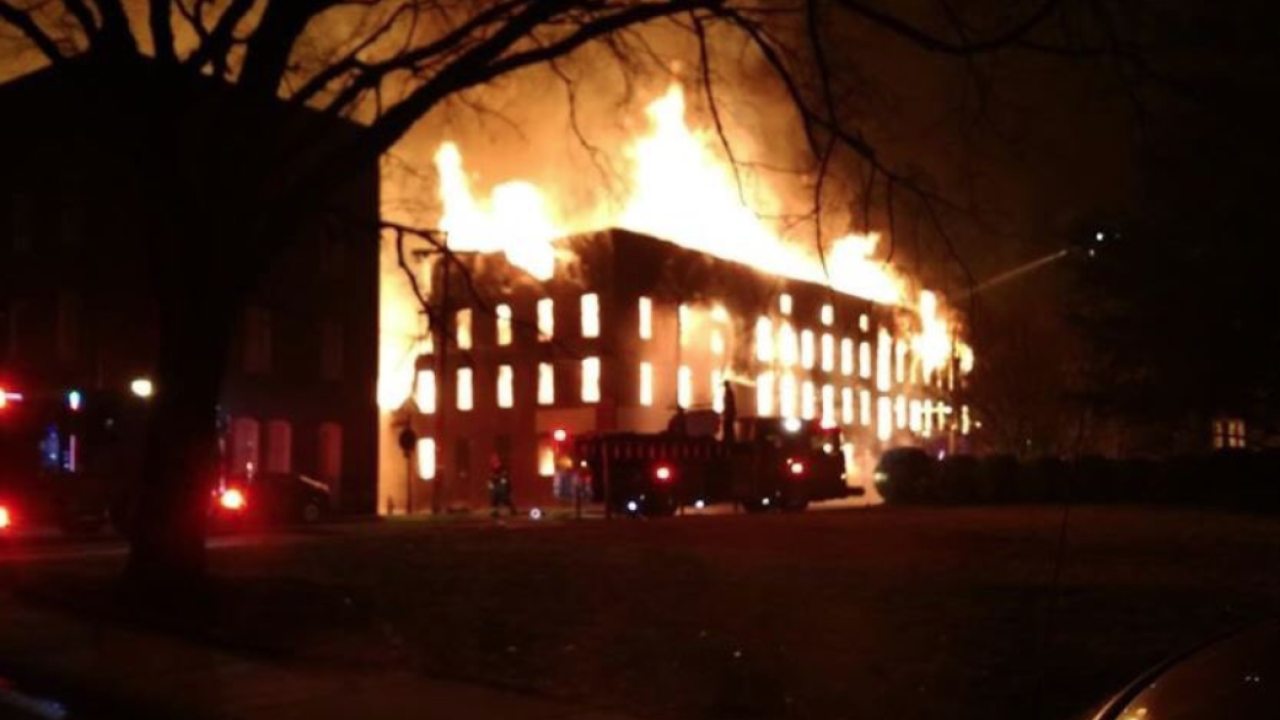 PETERSBURG, Va. -- Parts of the old Seward Luggage Factory, on High Street in Petersburg, were destroyed in a Tuesday morning fire. The fire, near High Street and Lafayette Street, was initially reported at about 5 a.m.

By 6 a.m., numerous fire crews from in and around Petersburg were working to tame the fire and prevent it from spreading to the High Street Lofts.

More than 80 people who live in the neighboring lofts were evacuated for their own safety, CBS 6 reported.

The burned building was being converted from the factory to an additional loft/apartment building as part of a larger complex.

A bridge that connected the Seward Luggage Factory to the High Street Lofts collapsed in the fire.

The cause of the fire remains under investigation.

There have been no reports of injuries at this time.

The American Red Cross of Virginia is on scene helping those displaced by the fire.

"Our first priority is to support the immediate needs of residents displaced as a result of this fire,” Red Cross Communications Director Jonathan McNamara said. “Over the coming hours we will work with Petersburg Fire and City officials to determine the full scope of how our volunteers can best assist all those in need of support.”

The Seward Luggage Factory building is listed in the National Register of Historic Places as part of the Commerce Street Industrial Historic District.