List of what changes in Phase Two for Virginia
Weather

Monday’s First Warning Forecast: A chilly and windy start to the week 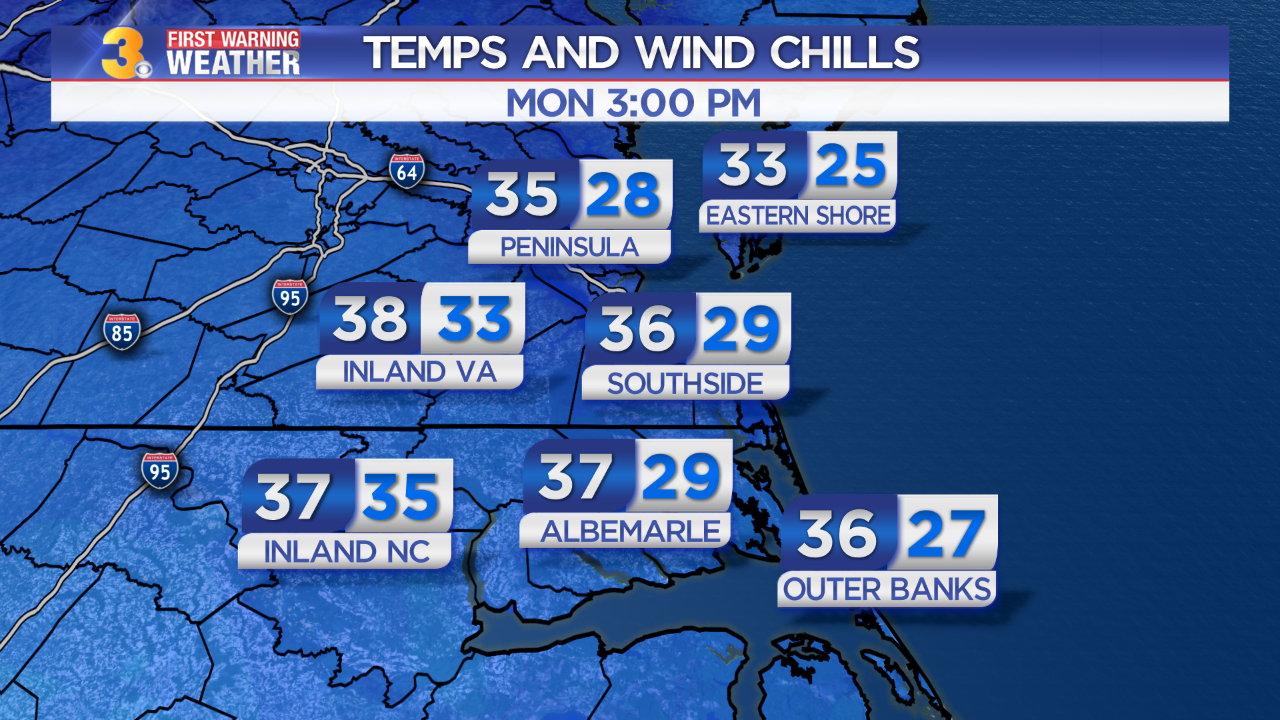 Chilly, windy, and another chance for snow… We will see mostly cloudy skies today with glimpses of sunshine at times, mainly inland. An isolated rain/snow shower will mix in near the coastline. Snow accumulation will be limited to a light dusting or less. Highs will warm into the mid 30s this afternoon but it will feel more like the mid 20s. Expect north winds at 10 to 15 mph for most of the day.

A bit more sunshine will blend in with the clouds tomorrow. An isolated rain/snow shower could again mix in near the coastline. Temperatures will start in the mid 20s tomorrow morning. Highs will warm into the mid 40s tomorrow and it will not be as windy.

Snow showers will move in on Wednesday as a cold front and area of low pressure move through the region. Snow showers will move in early Wednesday morning and move out during the afternoon. As of now, most areas will see 1”-2” of accumulation. Higher numbers possible near and west of I-95. Lower numbers to the SE where more rain could mix in. Highs will only reach the low to mid 30s on Wednesday.

We will see more sunshine and a warming trend to end the week. Highs will reach the 40s by Friday and 50s this weekend.