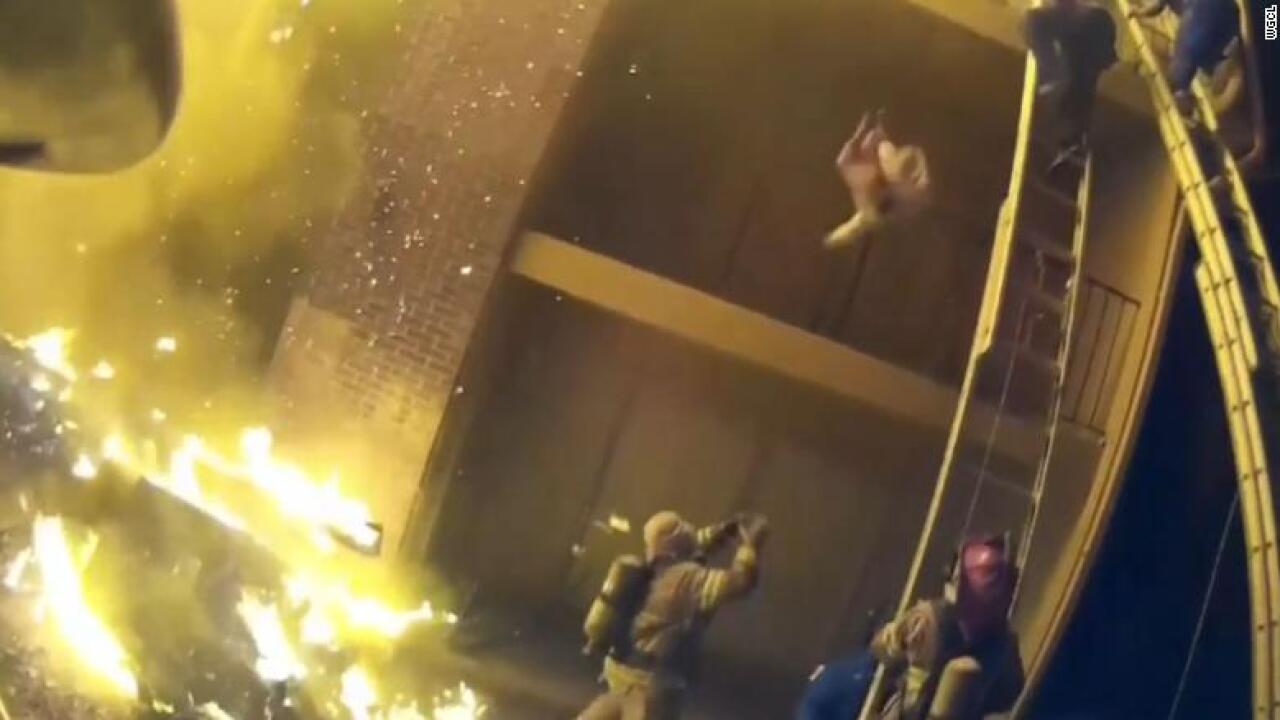 “I was shocked, the first thing I heard was the screams,” Tierra Pyles, a fire victim said.

CBS 46 News said Pyles was home at the time of the fire and a neighbor told her to get out and get out fast.

“I run to get my sister out of the room, we run outside and as soon as I run outside I look to my left and I just see the building in flames, and I see the firefighters catching babies, I also saw people jumping off their balconies,” Pyles said.

Neighbors have set up a donation drive to help the families displaced by the fire, CBS 46 reported.

She knew she wanted to help after seeing an alarming video of children being thrown from the burning building.

“I really was just blown away by the heroism of the parents to have that level of trust and clear thinking to be able to get their kids out safely and I was really in awe of the firefighters,” Ghezzi told CBS 46.

Investigators believe the fire broke out on an outdoor patio and report that everyone made it out alive.

Many victims said they are thankful for firefighters while they figure out what comes next.