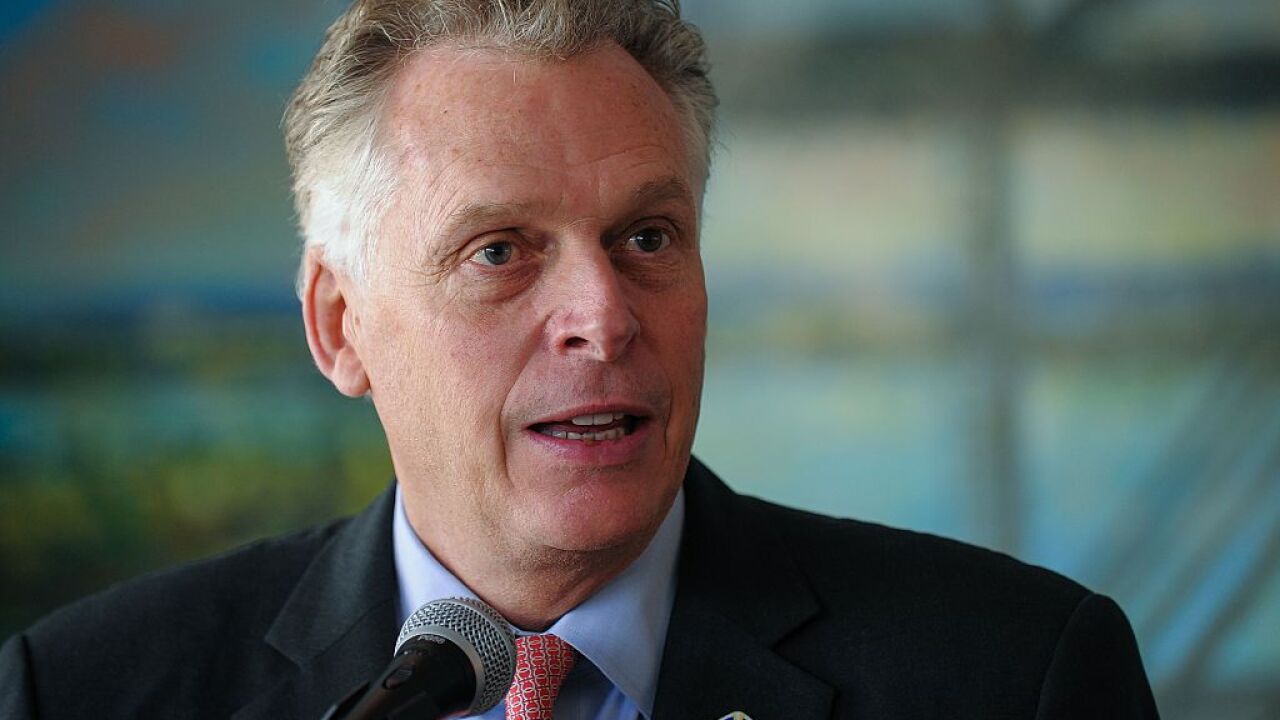 US Virginia Governor Terry McAuliffe speaks during a press conference at the Mariel development zone, in Mariel, Artemisa Province, Cuba, on January 5, 2016. McAuliffe is in Havana heading a delegation that seeks to strengthen trade ties between the US and Cuba, just over a year after the thawing of relations between the two countries. AFP PHOTO / YAMIL LAGE / AFP / YAMIL LAGE (Photo credit should read YAMIL LAGE/AFP/Getty Images)

Former Virginia Gov. Terry McAuliffe, a top Democrat newly out of office, had choice words for President Donald Trump on Sunday, calling him “disgraceful,” “disgusting” and an “embarrassment.”

“Disgraceful, disgusting, he just continues to hurt the prestige of the United States of America,” McAuliffe said on CNN’s “State of the Union” in response to Trump’s reportedly calling nations in Africa “shithole countries.”

McAuliffe said remarks like that could put military servicemembers and diplomats “in harm’s way” and hurt the United States’ standing around the world.

“He embarrasses us,” McAuliffe said.

Asked if he thinks Trump is a racist, McAuliffe said, “I certainly think he makes racist comments.”

Sources told CNN on Thursday that during an Oval Office meeting on immigration with lawmakers, Trump expressed frustration with people coming to the US from “shithole countries.”

Trump tweeted about the ensuing controversy on Friday.

“The language used by me at the DACA meeting was tough, but this was not the language used. What was really tough was the outlandish proposal made – a big setback for DACA!” he tweeted.