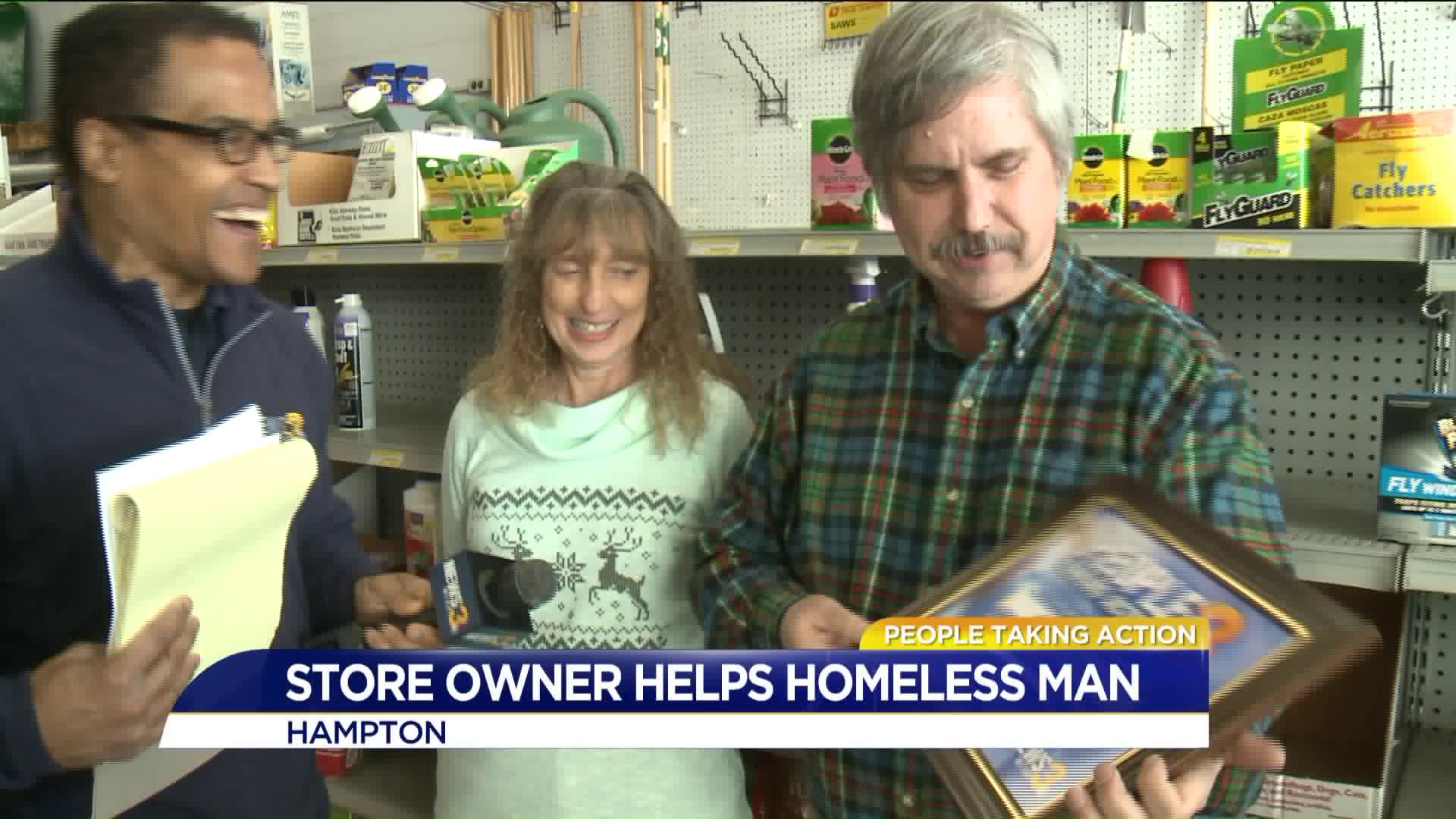 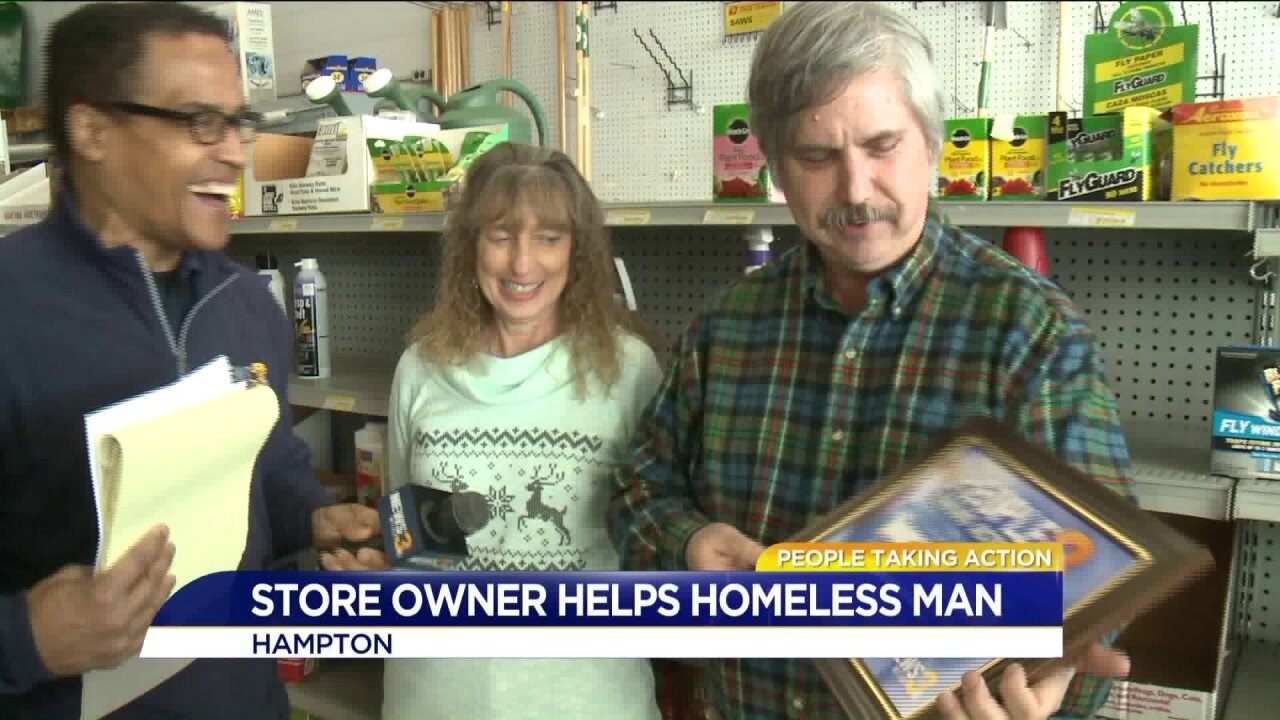 The business, which has been in the family for 60 years, was open the day after the big snow storm hit last week. That's when Bill took action for a homeless man.

Bill says he first ran into the man outside of his store the day after the blizzard.  Bill was shoveling snow off the sidewalk and the man he identified as Leroy Halstead approached him in his wheelchair and asked if he could come inside and get warm.

And he took it a step further.

"Put him beside the kerosene heater so he could warm up and dry some of his clothes off. [A] customer of ours had brought some pumpkin bread in the day before, so we warmed that up in the microwave, fixed a pot of coffee and we just chatted about three hours," he said.

Bill didn't stop there. Halstead eventually wanted to be brought to St. Mark's United Methodist Church, which was about six minutes away by car. The church was holding an event for the homeless that night. So Bill got on his phone, called around and found transportation for the man and his wheelchair.

"I called the information number and they kicked me over to Hampton Police non-emergency number and they sent an officer out. So hey, they didn't have to do that; look how busy they were," Bill said.

Gay Lanier, a store employee, agrees with Bill: That ride from the officer to the church was very important. But she was also so impressed with Bill's determination to follow through every step of the way to try and get help for this homeless man.

"I just thought what he did was awesome!" she said.

For those reasons, News 3 presented Bill with a People Taking Action award and a $300 Visa gift card from our community partner Southern Bank. He was very grateful but added the recognition was not necessary, "Just did what I thought I had to do. Lord said fix em, so I did."