Dunkin’ Donuts says goodbye to artificial dyes in its doughnuts 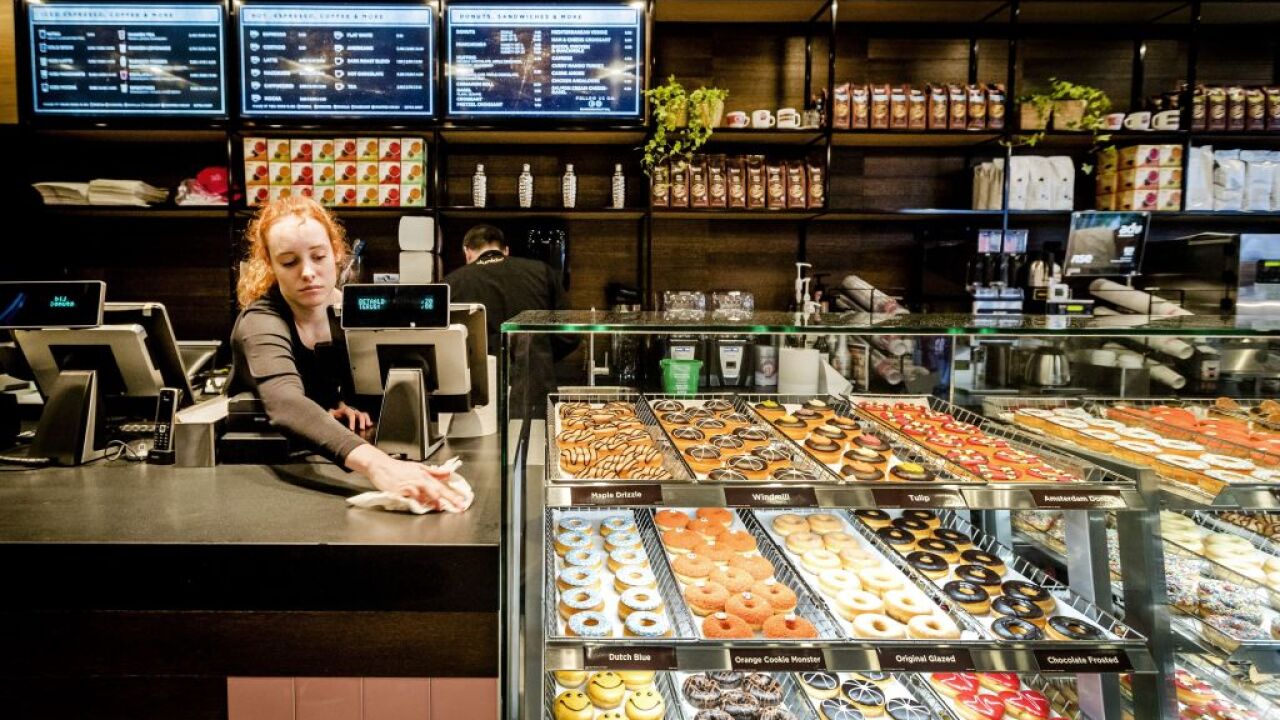 Donut brand Dunkin’ Donuts prepares for the opening of the first store in Amsterdam, on March 22, 2017. The Dunkin’ Donuts store will open on March 23rd, seventeen years after the last brandstore closed in the Netherlands. / AFP PHOTO / http://www.anpfoto.nl AND ANP / Remko de Waal / Netherlands OUT (Photo credit should read REMKO DE WAAL/AFP/Getty Images)

The fluorescent colors of Dunkin’ Donuts’ iconic sweets are taking on a new recipe. The company announced that it is removing all artificial dyes from its doughnuts.

In an announcement in March, the company said it was planning to eliminate all artificial coloring by the end of 2018. Instead, it decided to take on this challenge as a New Year’s resolution, and has already cut out the dyes from all doughnuts at its locations in the United States, and also from Dunkin’ Donuts sold at other restaurants and stores nationwide.

By the end of 2018, the company says the cleaner ingredients should go across everything on the menu, including frozen beverages like the Coolatta.

“This is all part of a larger initiative to offer our guests simpler ingredients and cleaner menu labels,” said Ron Golden, manager of doughnut excellence, in a news release.

Dunkin’ Donuts is not the first company to make the decision to remove dyes from its ingredient list.

In 2015 Nestle decided it would take out artificial coloring from 250 chocolate products, including Butterfinger and Baby Ruth candy bars.

In the same year, the maker of Lucky Charms and many other products, General Mills, followed suit. General Mills said that its research from 2015 showed that 49% of households were trying to remove artificial ingredients from the foods they buy.

Some studies in animals have indicated that food dyes can lead to organ damage, cancer, birth defects, and allergic reactions. In humans, studies have linked food dyes to hyperactivity and other behavioral problems in children.

The FDA allows companies to use artificial food dyes if manufacturers meet safety requirements. The issue that some nutritionists have with dyes is that they are strictly for cosmetic purposes.