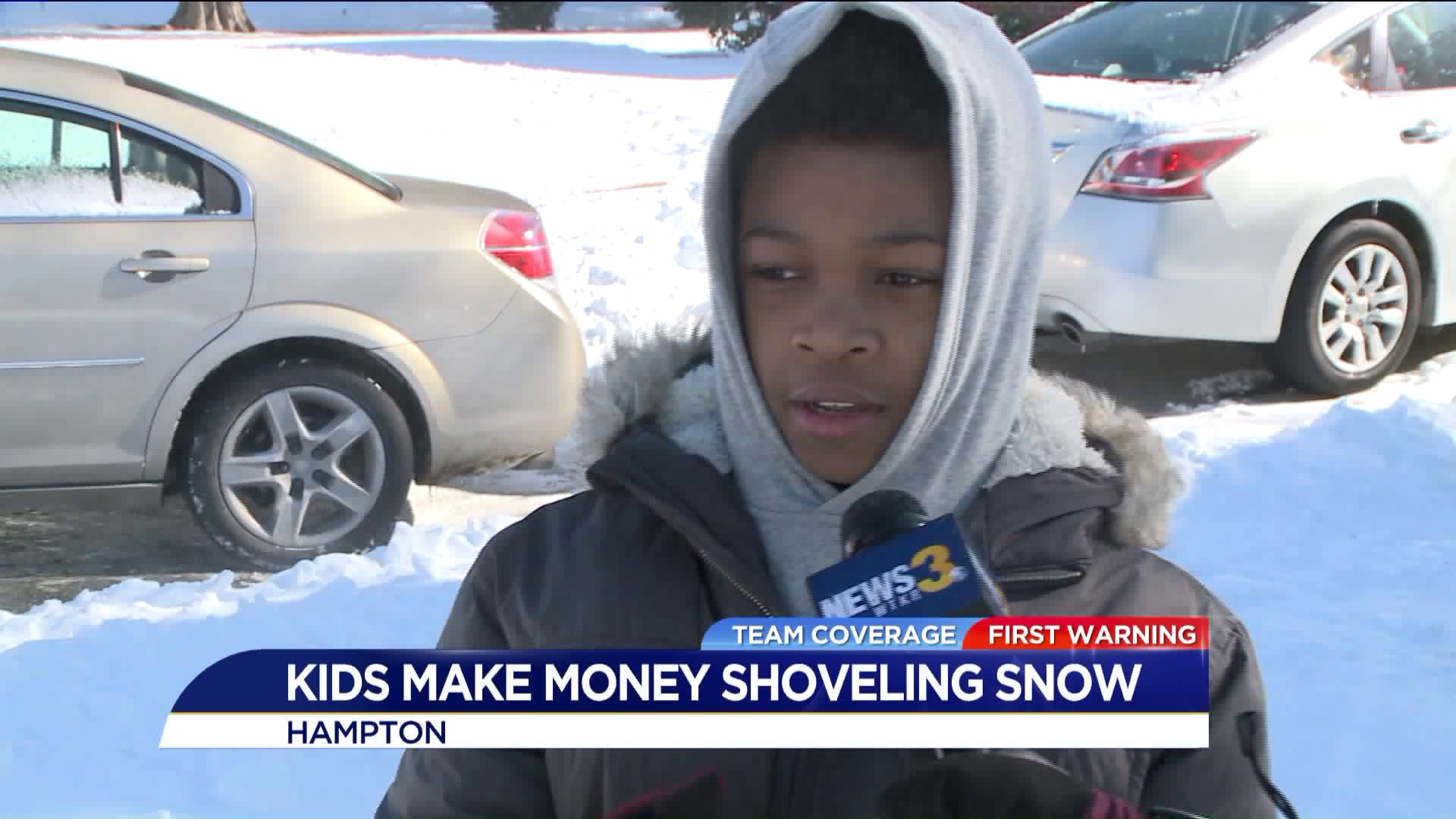 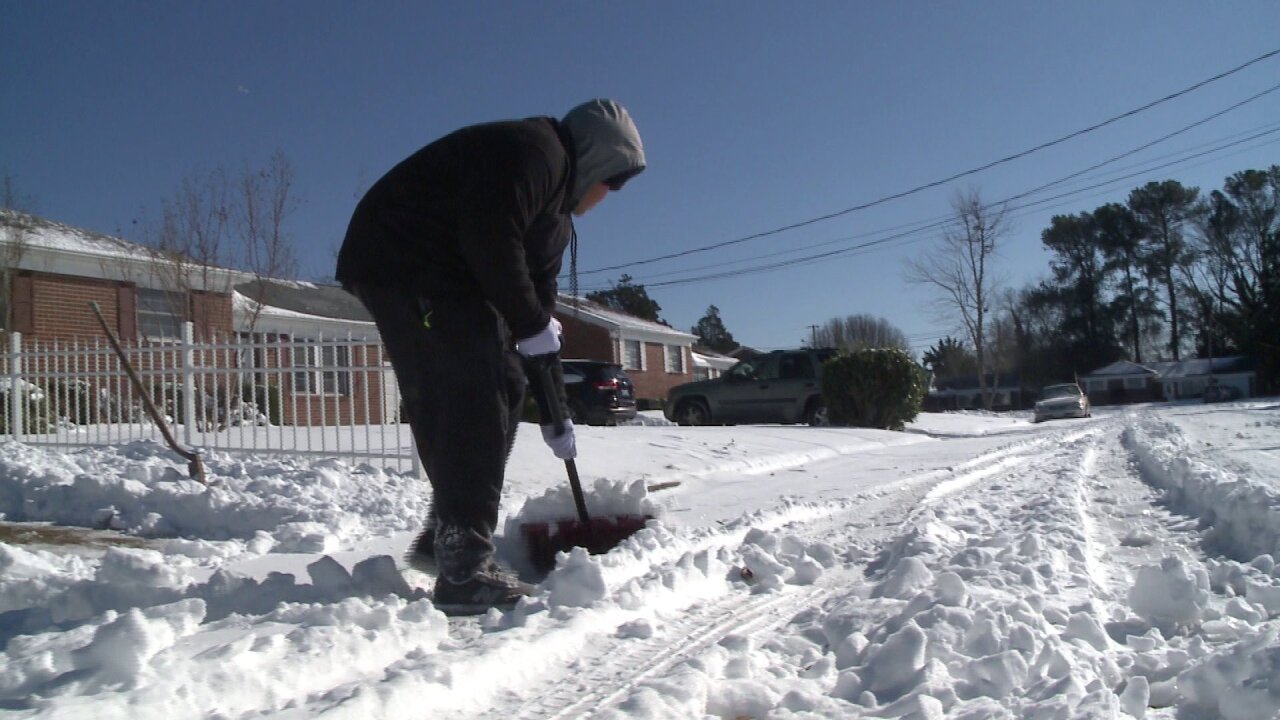 HAMPTON, Va. - Jamir Barlow, 13, and Darion Ely, 15, are putting on their gloves and grabbing shovels to get rid of what the storm has left.

"Help them get out so they can get food for themselves," Barlow told News 3's Aleah Hordges.

Both teens say it's the right thing to do.

Barlow and Ely said they've been removing snow off driveways and cars for their neighbors.

They've been getting a lot of calls from people wanting their help.

"We shoveled two yards on Thursday and he told us to come back today and do his," mentioned Barlow.

The teens also wiped the snow off the top of their cars and rescue drivers if they're stuck in the snow.

"It's like snow all around the cars and we just helped," Barlow added. "We just got the snow from the tires, broke the ice around the tires of the car and they just got out."

Barlow and Ely are getting a little cash for their hard work and having fun while braving the cold weather despite them wearing rain instead of snow boots and not knowing the best shoveling techniques.