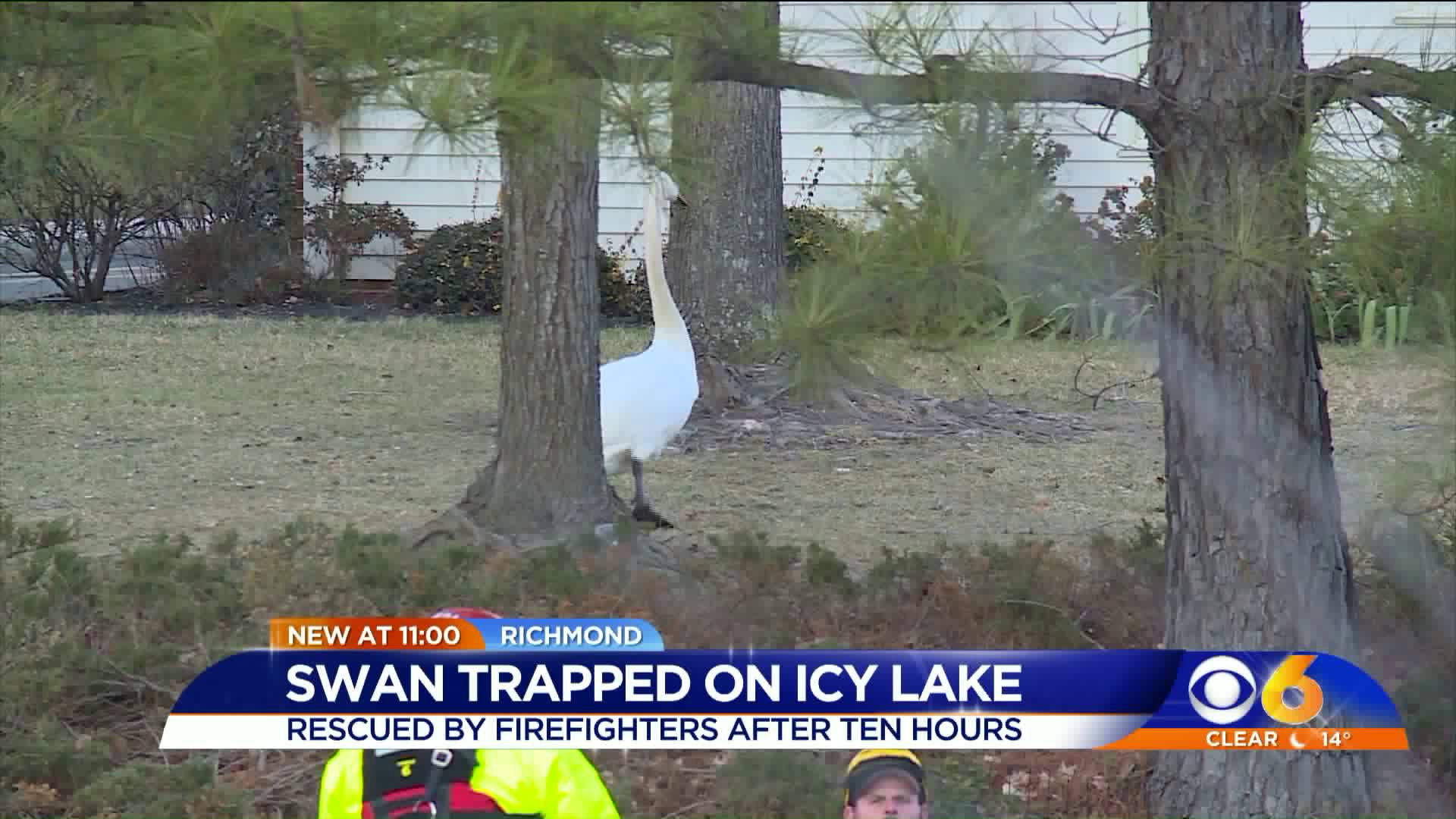 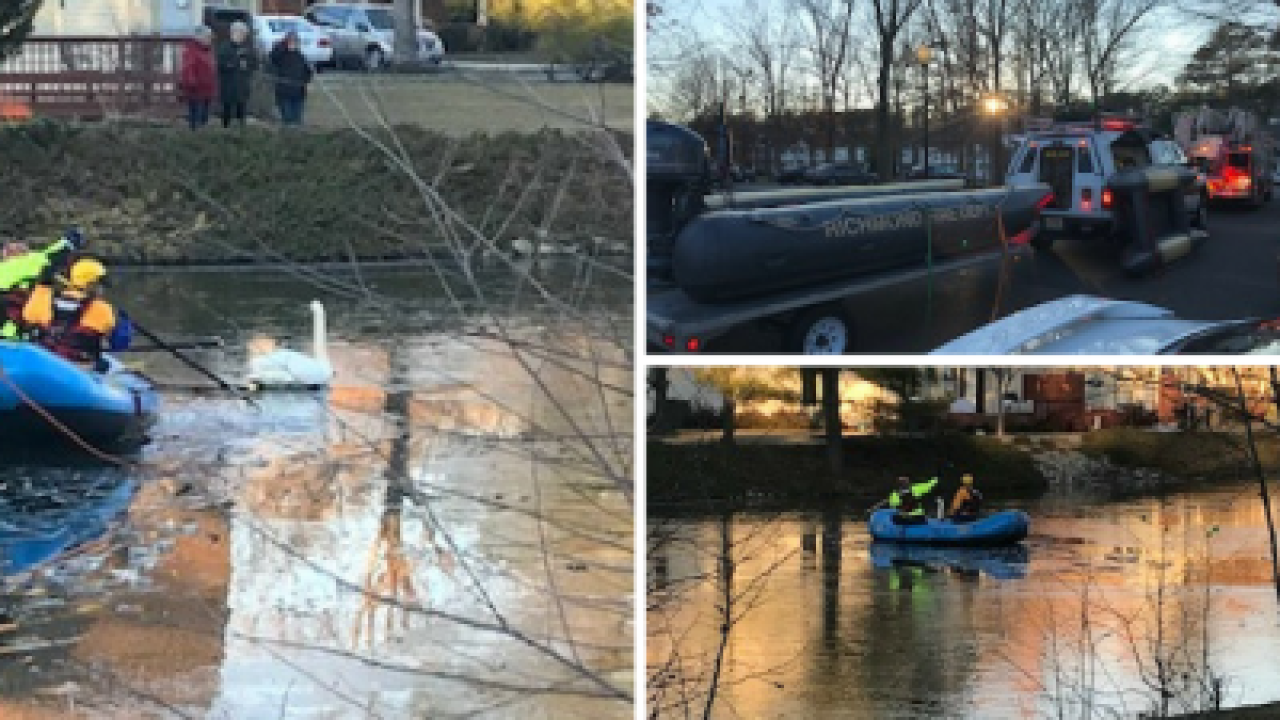 RICHMOND, Va. (WTVR) – As temperatures hovered in the low 20s, Richmond firefighters and animal control worked for hours to save a swan from a frozen pond near the Stony Point Apartments, CBS 6 reported.

Scott Curnow knew something was wrong when he went out to feed the resident bird he considers family.

“I was like whoa she was locked, locked around ice, frozen in ice -- she couldn’t move," Curnow said.

Firefighters put a boat into the water and worked to break up the ice so that the swan could be freed.

Eventually the swan was able to flap its wings and muster enough energy to climb up the embankment. It headed off into the neighborhood.

Firefighters on scene cheered loudly as the swan was freed.

"It hurt to see her stuck out there but she’s alright it’s all good," Curnow said.

“I can’t say I have ever rescued a swan from the middle of a pond, until the first day of 2018, there you go!," said Captain Mark Wagner with the Richmond Fire Department.

Temperatures remained historically low Monday, January 1, as artic air saturated the metro area. Temperatures will be even colder Monday night into Tuesday morning as many people go back to work and school.

Lows in the metro will be near 10 degrees, and many outlying areas will slip into single digits.  The record for Richmond is 10 degrees, set back in 1928.

Firefighters were busy over the holiday weekend, with cold temperatures increasing the number of calls -- and also making working conditions more dangerous.

"It's difficult working in the cold, especially when you are dealing with water,” said Captain Wagner. "Even though our gear is somewhat water proof, we get very wet inside this gear,” Wagner said. “Things start freezing.”