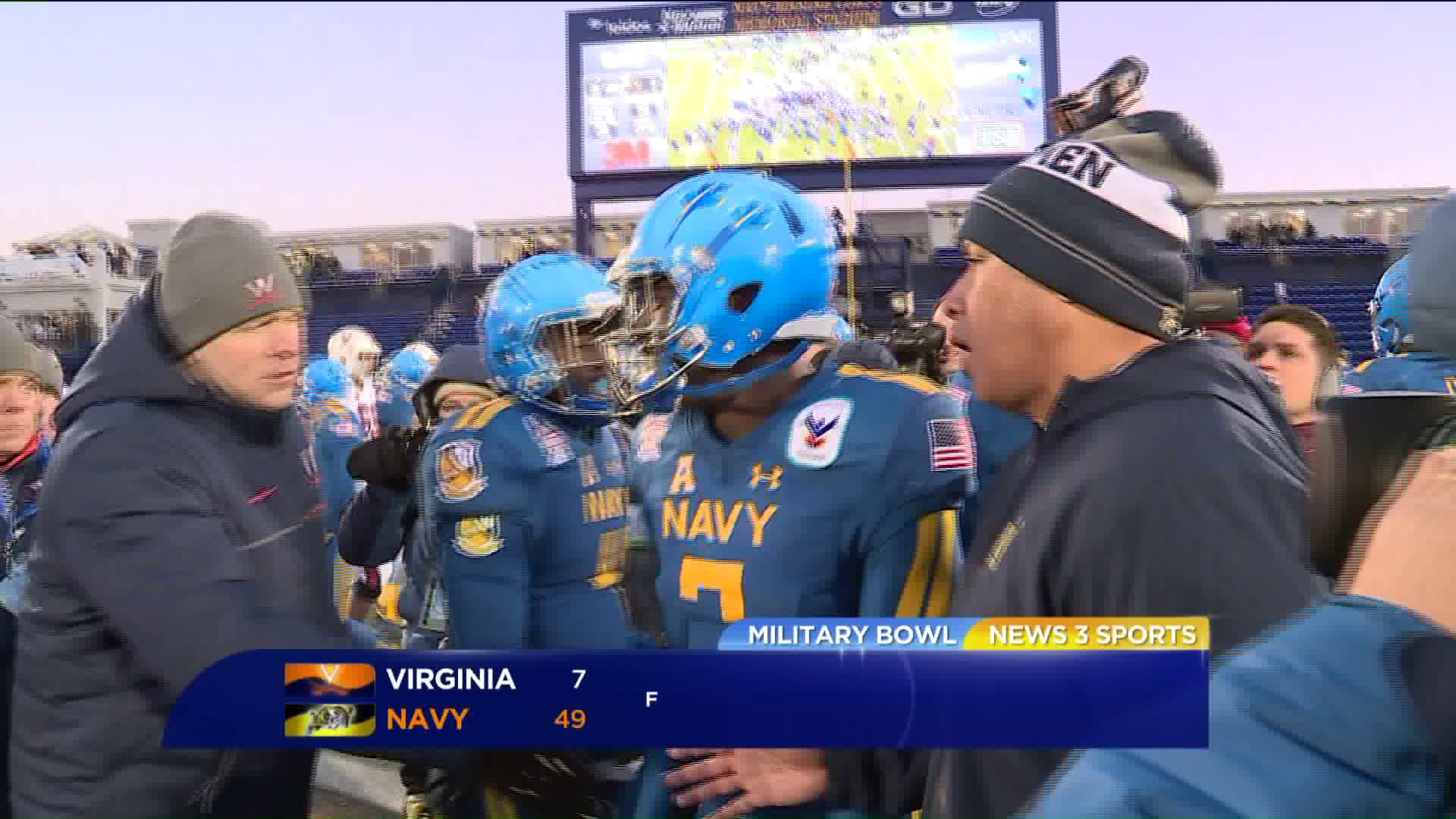 ANNAPOLIS, Md. - If someone told you that a team could win a football game throwing the ball once, incomplete at that, you would be skeptical.

When you're talking about Navy, who's known to have a lethal triple-option attack, you'd believe it. The Midshipmen (7-and-6) slashed Virginia's defense all day in the Military Bowl, gaining 452 yards rushing.

UVA got off to a grand start with a 98-yard kickoff return to open the game, but wouldn't score the rest of the way in the 49-7 defeat.

The Cavaliers offense hadn't scored an offensive touchdown since November 18th at Miami. The struggles continued on Thursday as they were held to 175 total yards of offense.

Navy quarterback Malcolm Perry rushed for 114 yards and two touchdowns before going down with an injury. His replacement, Zach Abey, rushed for five touchdowns on 13 carries.