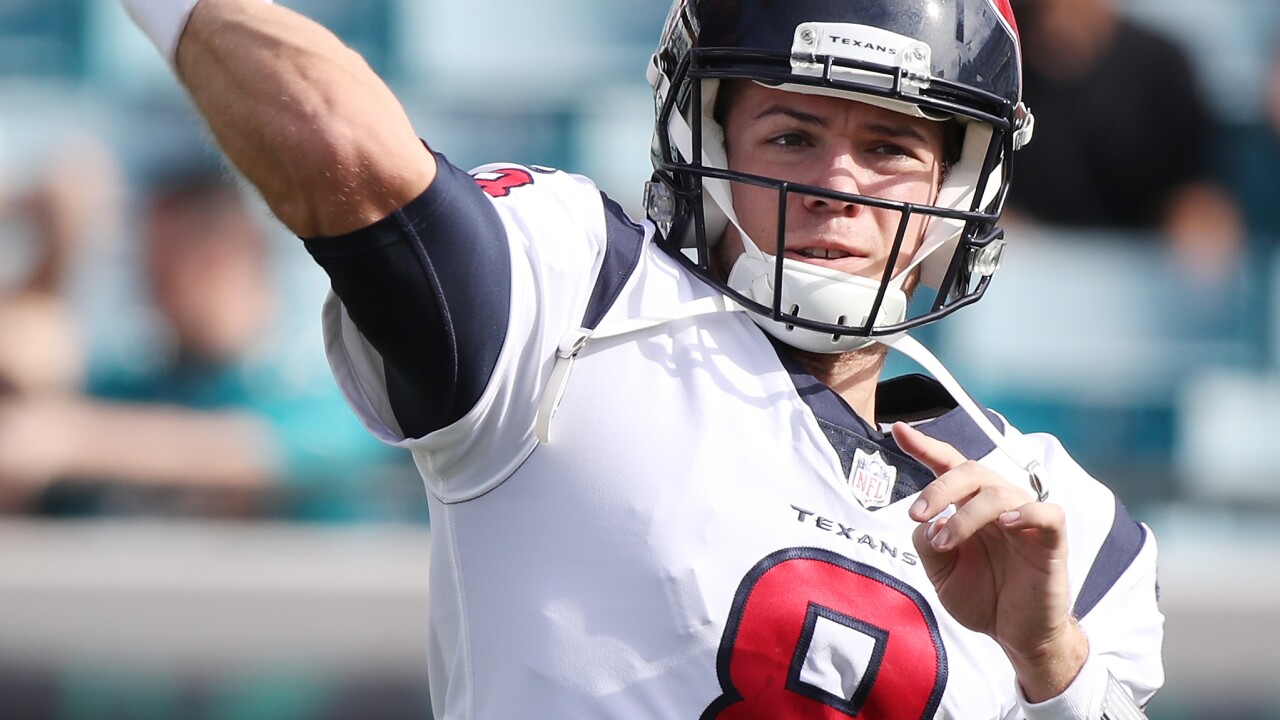 HOUSTON, Tx. – When you are put in the most important role on the field for an NFL team, great responsibility comes with the position. Apparently, so does great criticism and judgement.

This is one thing Old Dominion University alumnus Taylor Heinicke found with the new glory of playing quarterback for the Houston Texans this past weekend. Heinicke came into the game against the Pittsburgh Steelers for an injured T.J. Yates.

The former Monarch threw one completed pass for 10 yards and then got injured and left the game. His quarterback rating for the nine snaps he was in the game was 108.3.

Details on Texans Playing a Quarterback Who Was Only Slightly Better Than Migos’ Quavo in High School https://t.co/cGhOcPpFcs pic.twitter.com/5ooJ61WdJP

Littal points out the stats in the comparison article,  “According to Ari Alexander from KVOA in Tucson, Arizona, Heinicke broke Quavo’s Georgia high school record for most completions in a game, twice. Quavo previously held the record by completing 29 passes in a game back in 2009 back at Berkmar High School. ”

Littal also states, “Much like his high school career, Heinicke’s NFL is just a tiny bit better than Quavo’s, as he played just nine snaps for the Texans on Monday, completing one pass for 10 yards. He was promptly injured and left the game, so now all Quavo has to do is get into a game and complete two passes or one for 11 yards and he can get his revenge for Heinicke breaking his high school records.”

Heinicke retweeted Littal’s comparison and then sent out a classic clap back.

Yo @QuavoStuntin , I keep seeing we’re being compared at the QB position. Next time I’m in G Co, lets have a competition. If I win, I’m in music video #NAWF 🤟🏽

I don’t know about you, but that is one music video I would love to see.