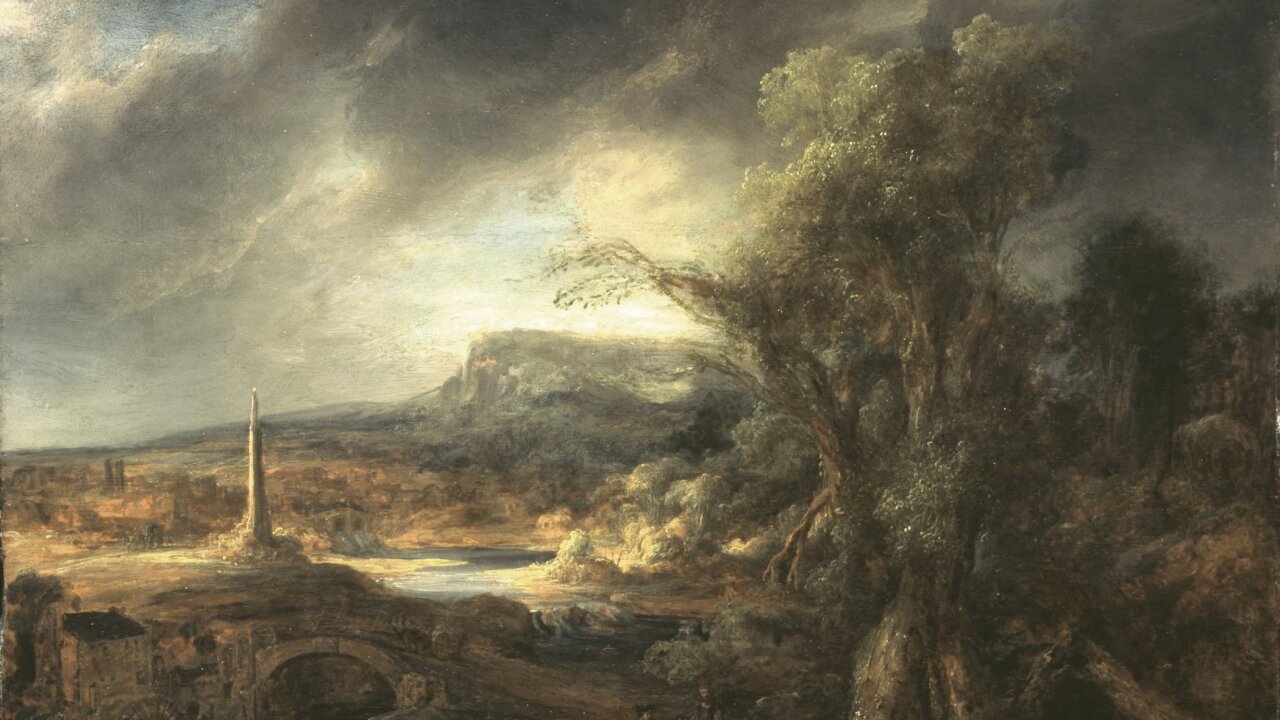 A painting by Govaert Flinck called Landscape with an Obelisk, painted in 1638.

The clock is ticking on a $10 million reward for some missing artwork — including Rembrandts, a Vermeer and sketches by Degas.

The 13 pieces of art were stolen from the Isabella Stewart Gardner Museum in Boston in a daring 1990 heist. They are valued at more than $500 million.

Initially, the museum offered a $5 million reward for the artwork. In May, the museum doubled it — to $10 million — in an attempt to entice anyone with information to come forward.

But the $10 million reward is only valid until December 31. When asked what the reward will be after that, Kathy Sharpless, director of marketing and communication for the museum, said, “At this point, we are just being focused on January 1.”

“This was a reward that was created with a deadline in order to create a sense of urgency,” Sharpless added.

‘We want our paintings back’

The artwork doesn’t have to be returned by December 31 to get the full reward, but information leading to its recovery must be submitted by then. Also, it’s not an all-or-nothing scenario. The museum has rewards assigned for information for each missing piece, based on their value.

“We do not disclose that proportion but there is clearly a reward for information leading to any of the individual works returned,” Sharpless said.

The museum remains optimistic that they will get the tip they need. “It only takes one little morsel, really,” Sharpless told CNN.

While the museum says they have received lots of tips and information, they need concrete information from tipsters, not theories. Because the statute of limitations has passed, it appears nobody will be arrested.

“It’s been 27 years and we want our paintings back,” Sharpless said.

“This remains the largest unsolved art theft in world history,” the museum said on its website.

How the art was stolen

The heist started just past midnight on March 18, 1990, when two men dressed as Boston police officers walked into the museum and said they were responding to a call.

A security guard broke protocol and let them inside, according to an account of the theft on the museum website.

The two thieves lured the two guards on duty away from the alarm button, handcuffed them in the basement and duct taped their heads, hands and feet.

The thieves left after 81 minutes, taking 13 pieces of art with them. The guards were freed when police officers arrived at 8:15 a.m., the museum said.

Taken were Rembrandt’s “Storm on the Sea of Galilee” (1633) and “Vermeer’s Concert” (1658-1660), considered two of the most valuable stolen objects in the world. The Rembrandt was cut from its frame and the Vermeer was removed from its frame.

Also taken were two other works by Rembrandt, several drawings by Degas, a Chinese vase and Govaert Flinck’s “Landscape with an Obelisk” (1638), the museum said.

The FBI said suspects in the case “are members of a criminal organization with a base in the mid-Atlantic states and New England.”

Meanwhile, the empty frames remain on display in the museum “as a placeholder for the missing works,” the museum says.