Bobcat hit by driver from Gloucester on Thanksgiving still recovering 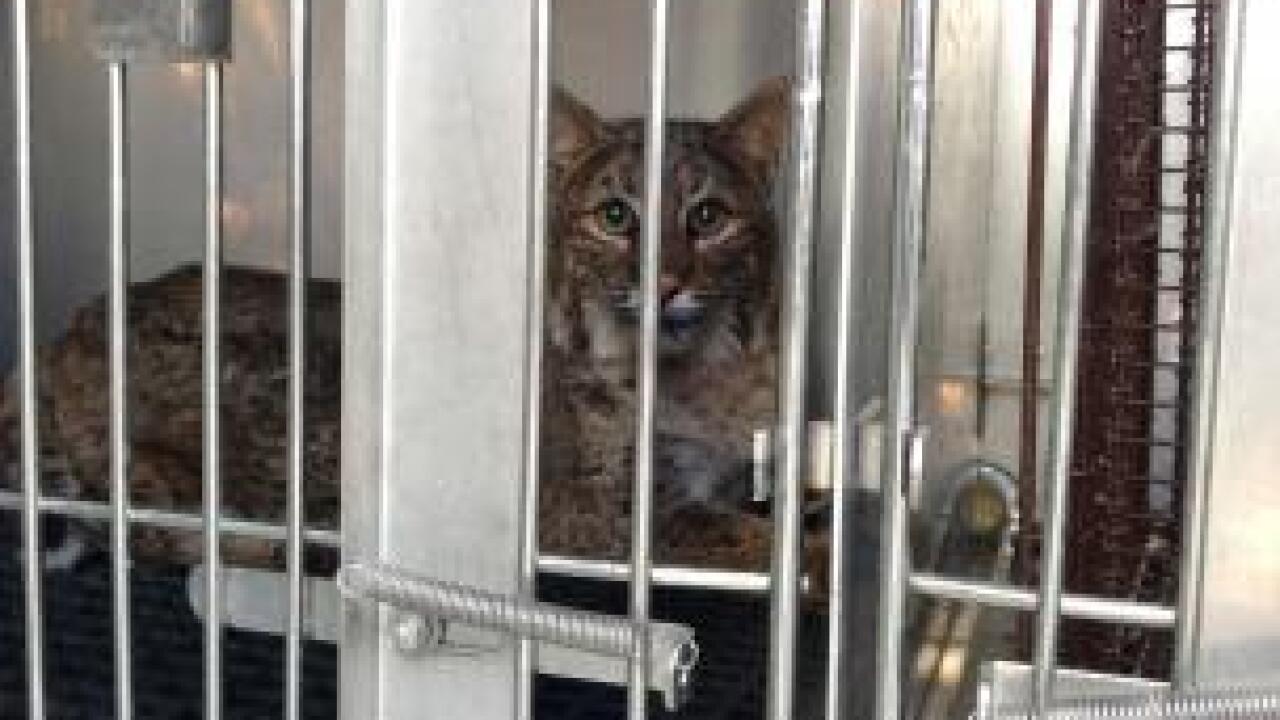 RICHMOND, Va. – A bobcat that was hit by a woman driving from Gloucester to Richmond on Thanksgiving is still recovering at a Richmond animal shelter through the holiday season.

Staff of Richmond Animal Care and Control say that the female bobcat is doing well, and seems to be alert. They say that they have been feeding her “rat slurries,” which she receives her medication in twice a day.

Staff at the center said that when they first received the bobcat, it had trouble eating, but after leaving it alone and away from humans that it finally did.

Richmond Animal Care and Control did not say when they will be releasing the bobcat, but did decorate the cage of the bobcat’s to make her feel at home for the holidays.

The woman discovered the bobcat lodged in the grill of her Prius after she parked at VCU, CBS 6 reported back on Thanksgiving.

Richmond Animal Care and Control was called and rescued the bobcat. The animal was taken to the Wildlife Center of Virginia for treatment.

“Upon arrival, the bobcat was bright, alert, and growling,” a Wildlife Center of Virginia spokesperson said. “The cat’s head movements indicated the presence of head trauma and possible vision loss.”

The bobcat had lacerations from being hit by the car, as well as a fractured jaw. Richmond Animal Care and Control said that they will repeat radiographs of the bobcat’s jaw in January.