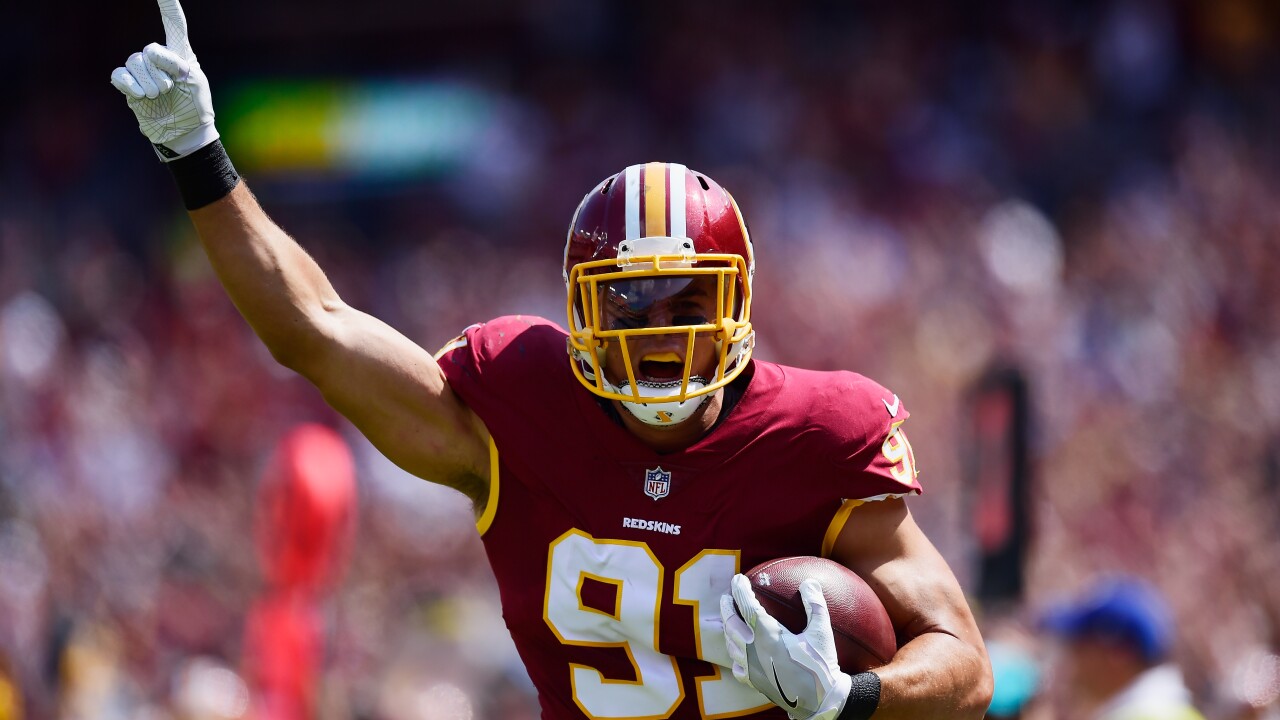 In addition, linebacker Zach Brown and cornerback Josh Norman were selected as alternates.

Including five selections last season, the Redskins have now produced at least three Pro Bowl players in back-to-back seasons for the first time since the 2012-13 campaigns. Along the offensive line, Scherff and Williams become the first Redskins offensive line duo collectively named to the Pro Bowl in consecutive seasons since the duo of Russ Grimm and Joe Jacoby earned selections four straight times following the 1983-86 seasons.

Scherff’s selection is his second straight and the second of his career (2016-17). He becomes the first Redskins interior lineman to earn multiple Pro Bowl selections since Pro Football Hall of Fame guard Russ Grimm’s streak of four consecutive Pro Bowl honors from 1983-86.

Williams’ selection is the sixth of his career (2012-17) and his sixth consecutive selection since 2012. With his sixth consecutive selection, Williams joins safety Ken Houston (seven straight from 1973-79) and center Len Hauss (six straight from 1967-72) as the only members of the Redskins to earn six consecutive Pro Bowl selections. Williams now ties Hauss and Samuels for the fifth-most total selections in team history and becomes only the seventh player in franchise history to earn at least six career Pro Bowl honors (Chris Hanburger, 9; Charley Taylor, 8; Darrell Green, 7; Ken Houston, 7; Chris Samuels, 6; Len Hauss, 6).

With the selections of Kerrigan, Scherff and Williams this year, the Redskins have now had at least one Pro Bowl player for 24 straight seasons. The only year Washington has not had a Pro Bowler in the game’s history was 1993.