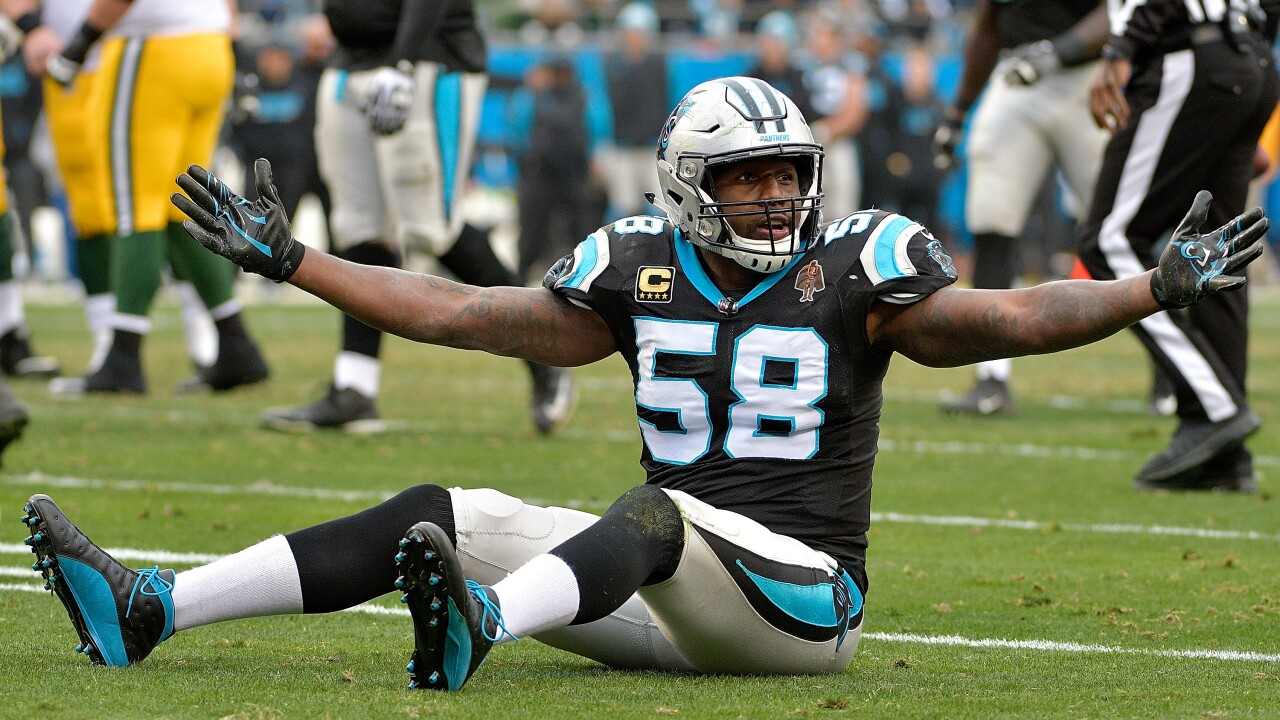 Thomas Davis of the Carolina Panthers reacts after a play. (Photo by Grant Halverson/Getty Images)

Thomas Davis of the Carolina Panthers reacts after a play. (Photo by Grant Halverson/Getty Images)

CHARLOTTE, N.C. (NFL Communications) – Thomas Davis of the Carolina Panthers has been suspended without pay for two games for a violation of safety-related playing rules in Sunday’s game against the Green Bay Packers. NFL Vice President of Football Operations Jon Runyan issued the suspension.

In his letter to Davis notifying him of the suspension, Runyan noted that Davis violated Rule 12, Section 2, Article 7 (b) (1) which prohibits unnecessary contact against a player who is in a defenseless posture by “forcibly hitting the defenseless player’s head or neck area with the helmet, facemask, forearm or shoulder, even if the initial contact is lower than the player’s neck.”

Runyan wrote: “During an interception return, you took a path toward your opponent who was pursuing the play and delivered a violent and unnecessary blindside block to his head and neck area.  You have been previously fined for violations of safety-related rules.  Your actions yesterday warrant an escalation of discipline, not only because they were flagrant, but also because of your status as a repeat offender.”