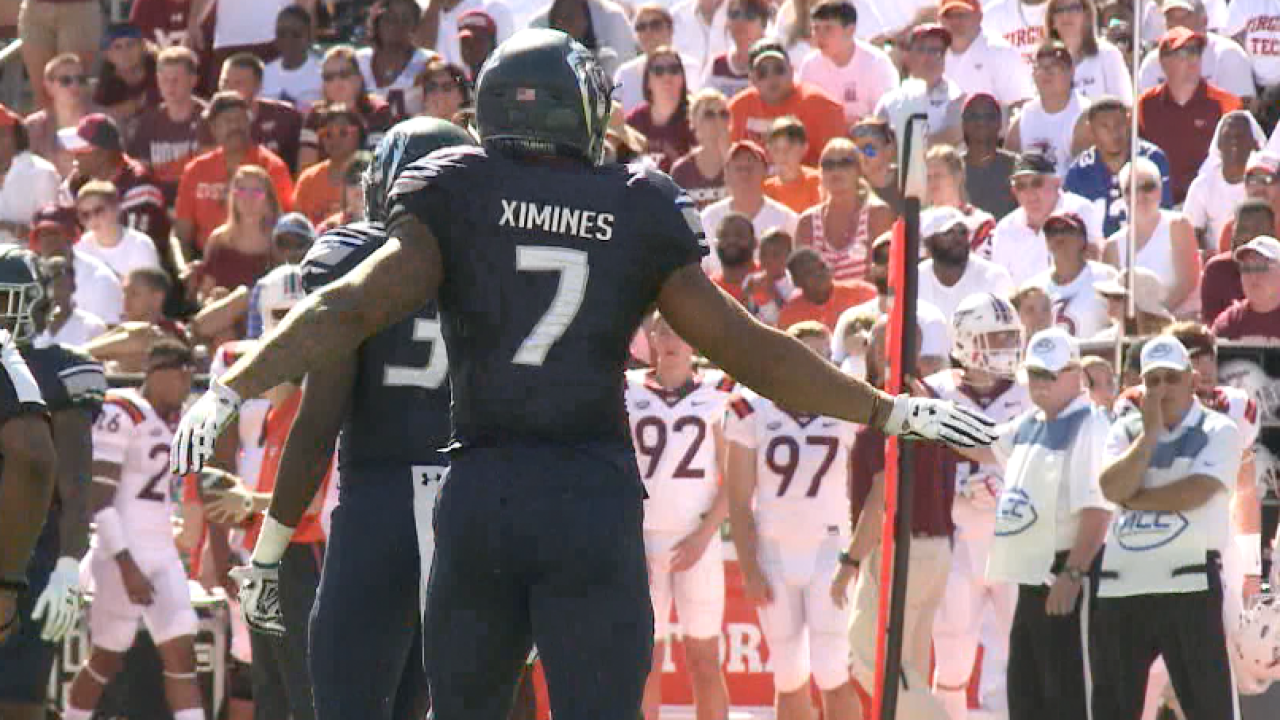 Ximines broke his own ODU single-season record and finished tied for second in Conference USA with 8.5 sacks. He finished fourth in C-USA with 14 tackles for loss and second with four forced fumbles. Last season, Ximines earned second-team All-C-USA, and was named to the all-freshman team in 2015.

Harper ranks eighth in FBS in kickoff return average with 29.1 yards per return. He is tied for third with three kickoff return touchdowns, including two at North Texas, and a 100-yard return against North Carolina.

Brown led Conference USA with 8.4 yards per punt return, including a season-long 31-yarder in the win over Albany. He earned all-freshman honors last season.

Lawry finished fifth in Conference USA with 92.8 rushing yards per game while rushing for seven touchdowns. He had three 100-yard games on the year, including a season-high 166 yards and three touchdowns against WKU. He was named honorable mention a year ago, second-team in 2015 and was C-USA Freshman of the Year in 2014. He will finish his career ranked ninth in C-USA history with 4,080 yards.

Clarke started all 12 games at center for the second-straight season, and has started 31-straight for the Monarchs. The honorable mention honor is the first of his career. Clarke played all but one snap on offense this season.

Weaver started all 12 games at left tackle, playing all but one snap all year on offense. He also was named to the C-USA All-Freshman Team.

Fox led all ODU defensive linemen and finished fourth on the team with 57 tackles, surpassing his previous season-high by 25. He tied for second on the team with a career-best 5.5 sacks and was third on the squad with nine tackles for loss.

Rotimi earned honorable mention for the second-straight season, recording 29 tackles, 5.5 sacks and seven tackles for loss. His 19 career sacks are second only to Ximines in ODU history. Rotimi earned C-USA All-Freshman honors in 2014.

Addison was ODU’s top cover corner for the second-straight year, finished with 40 tackles and a pair of tackles for loss and three pass breakups. He holds ODU career pass breakups record with 24. He earned second-team All-C-USA honors last season.

For the second-straight year, Buce earned C-USA honorable mention honors. He was flawless for a third-straight year on all snaps for punts and extra points/field goals.