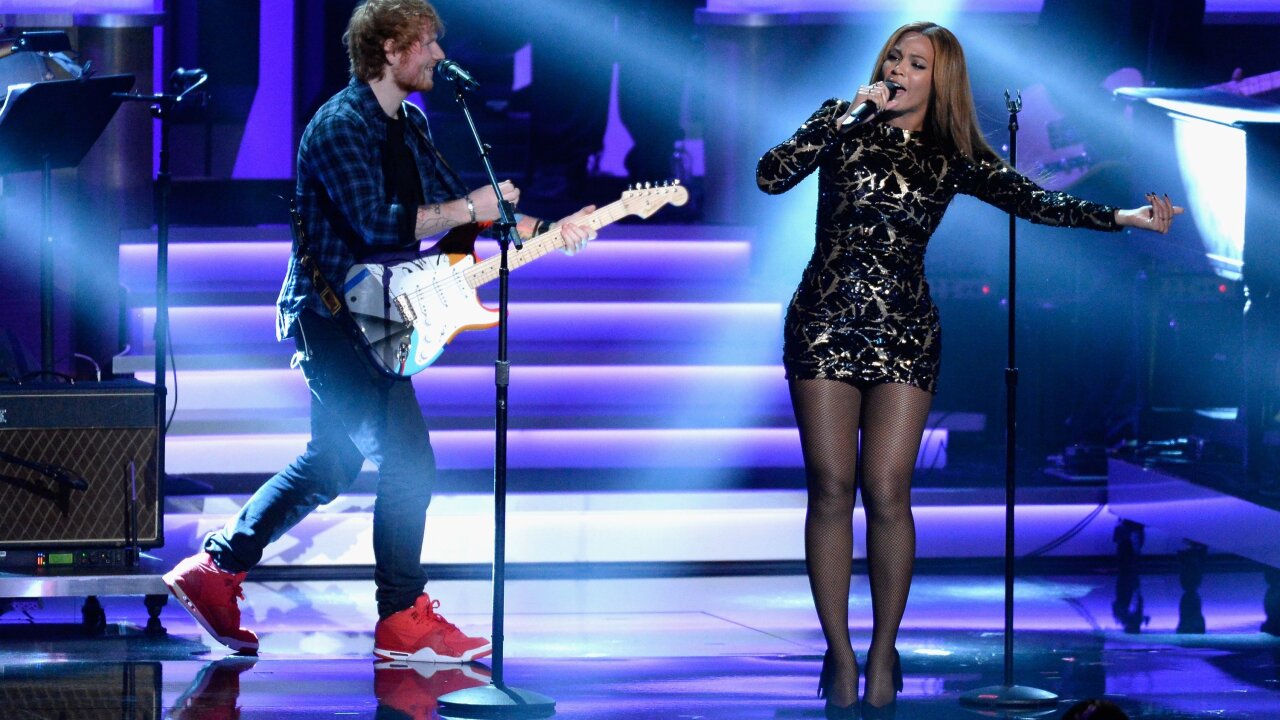 **This image is for use with this specific article only.** Ed Sheeran and Beyoncé perform onstage during the Grammys’ Stevie Wonder tribute in 2015.

When it came time for Ed Sheeran to collaborate with Beyoncé, it wasn’t as simple as him calling her up.

The “Shape of You” singer talked to Entertainment Tonight about how his duet with Beyoncé, “Perfect,” came to be.

“I have an email address that I email that actually changes every week,” he said of how he communicates with the superstar singer.

That’s right. Beyoncé probably has better layers of security to get to her than some heads of state.

Sheeran said the plans for the ballad, which dropped last Thursday, have been in the works since May and had a bit of a delay because of a big life event.

“Obviously she had twins and we finished it in September,” he said. “I’ve been holding on it since then.”

Sheeran said the two singers collaborated on “Perfect,” with Beyoncé suggesting the song be stripped down to just acoustic guitar.

The process was “very much a back and forth thing,” he said. They eventually recorded the song in about four hours.

And what did he learn from Bey?

Beyoncé and Ed Sheeran teamed up for ‘Perfect’ duet