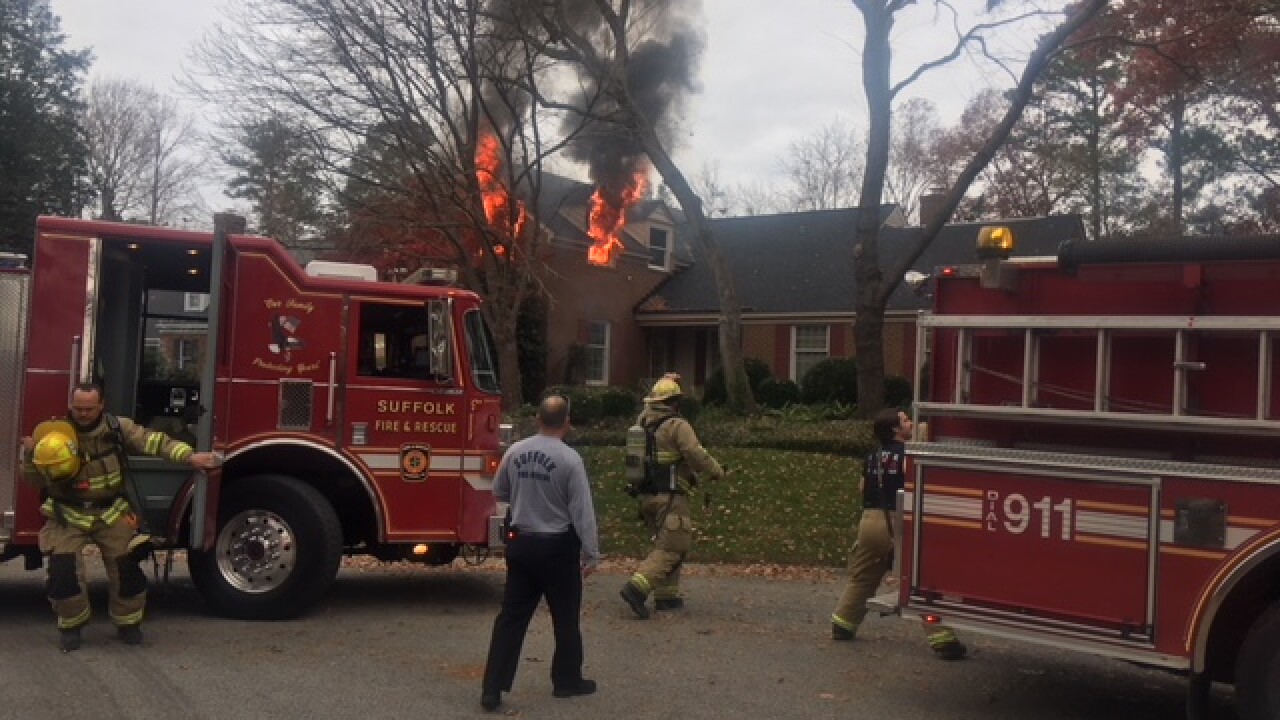 SUFFOLK, Va. – Suffolk Fire & Rescue crews responded to a fire in the 800 block of Colonel Meade Drive on Sunday.

The call came in just before noon.

When units arrived, they found heavy fire and smoke coming from the second story windows at the front of the house. The occupants escaped before firefighters arrived.

The fire was quickly put out and damages were confined to the room where the fire started. The fire was called under control at 12:21 p.m.

The cause of the fire was ruled accidental.