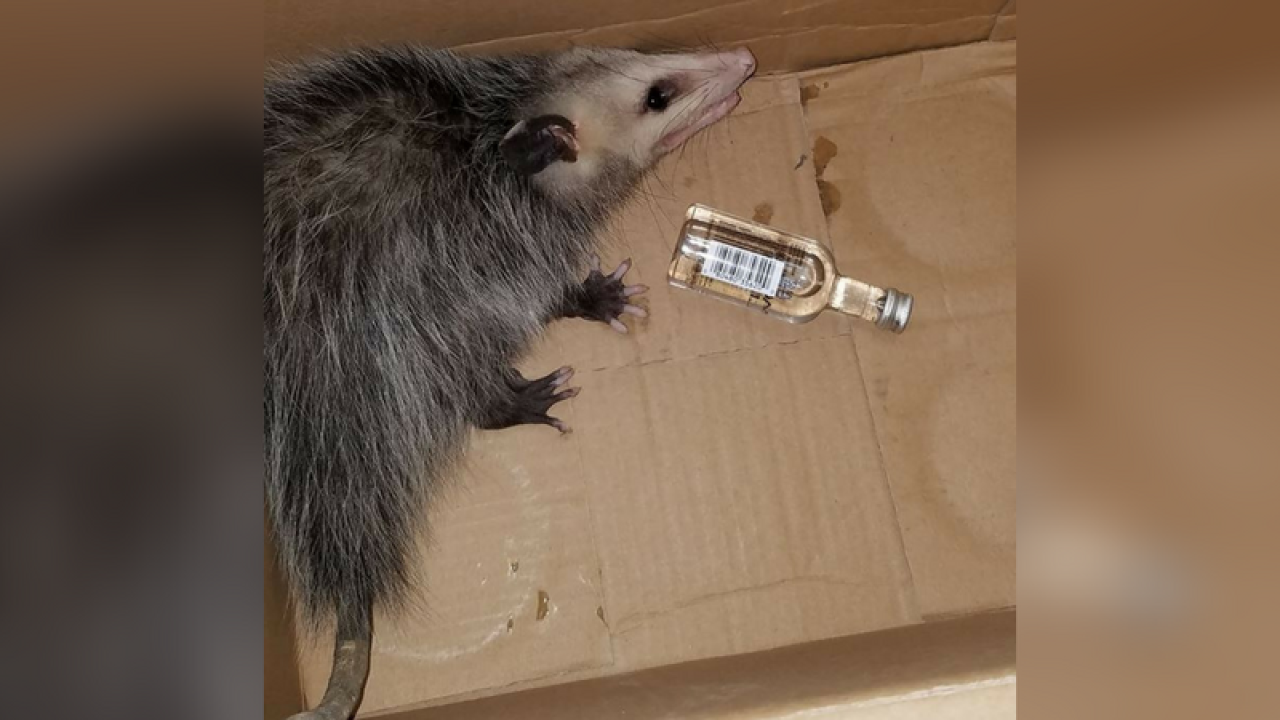 FORT WALTON BEACH, Fla. – You’ve probably heard the term “drunk as a skunk,” but how about “drunk as a opossum?”

A sneaky opossum got into a liquor store and helped herself to a drink, according to the Emerald Coast Wildlife Refuge.

The Panama City News Herald reports that a liquor store employee found the animal next to a broken –and empty– bottle of alcohol the day after Thanksgiving.

The Emerald Coast Wildlife Refuge says a police officer brought the animal to them for medical treatment. The opossum has been released.