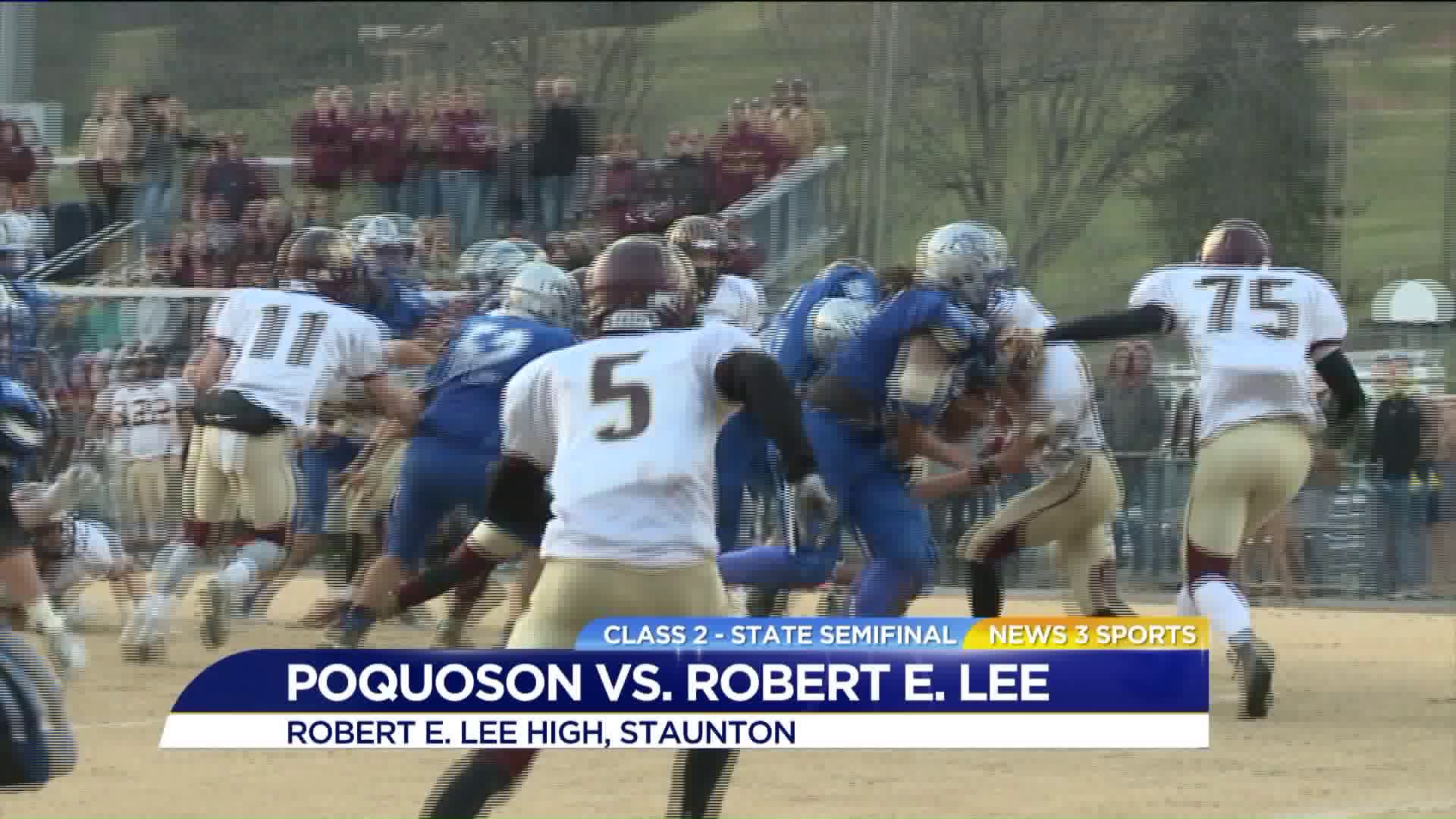 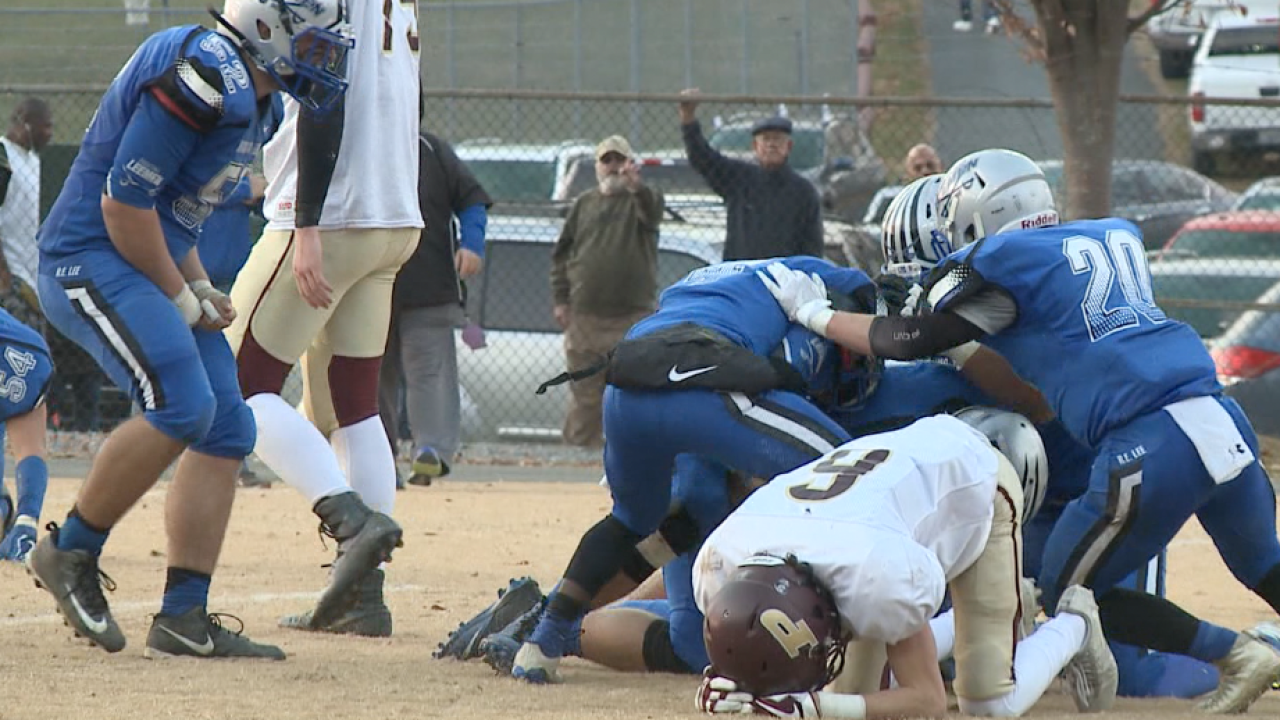 STAUNTON, Va. - After falling behind 14-0 in the first half, Poquoson mounted a comeback in their Class 2 state semifinals game. It wasn't enough though, as Robert E. Lee found a way to escape their home game with a 27-24 win in overtime.

Steven Parker connected with Brody McDevitt to tie the game up in the second half.

The game would eventually go to overtime, with the Fighting Leemen scoring first on a Jayden Williams touchdown run to take a 21-14 lead.

Max Barrett would tie it up for Poquoson with a two-yard touchdown run on the Bull Islanders possession.

On the next series of possessions, the Bull Islanders had to settle for a field goal, putting Lee in position to win the game with a touchdown.

Williams used another quarterback keeper to put Poquoson away for good.

We are so proud of our football team - way to go Bulls!