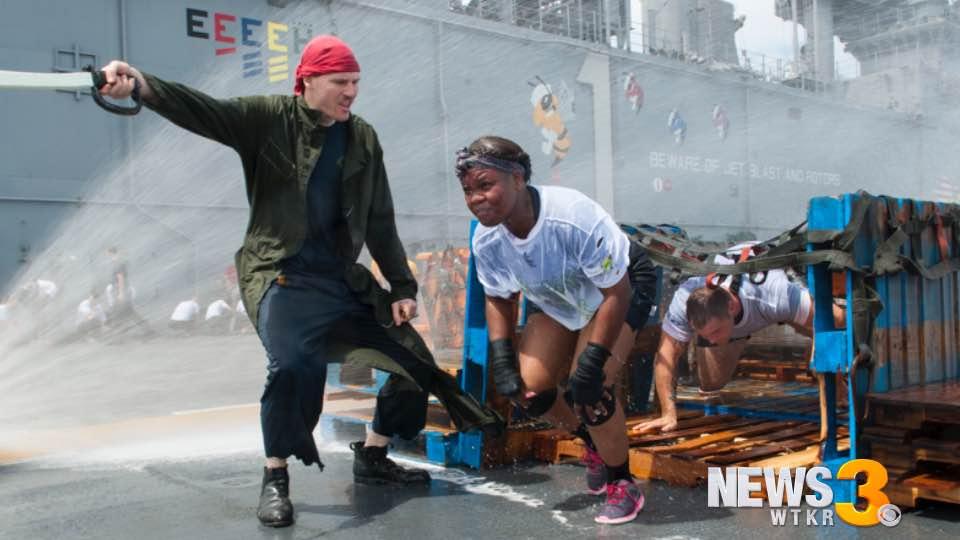 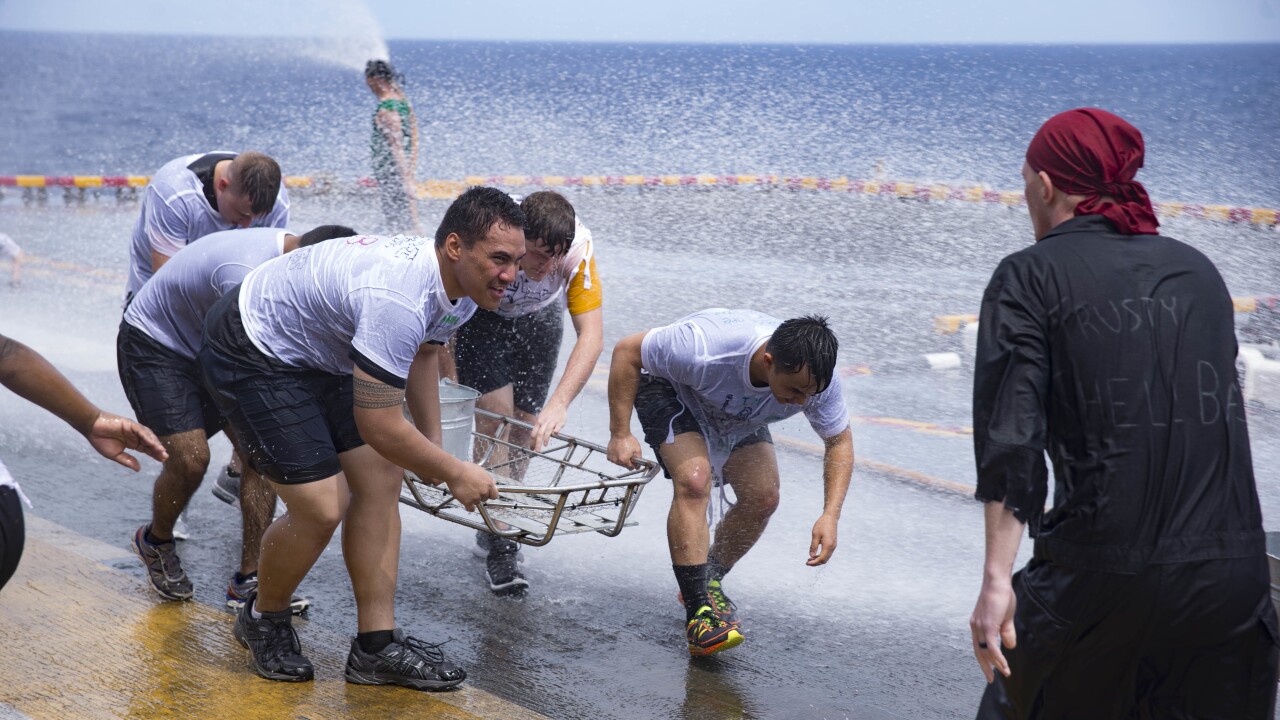 AT SEA - The USS Wasp honored a longtime maritime tradition of "crossing the line" as the ship crossed the equator this weekend.

The Wasp left Naval Station Norfolk in late August to become the forward-deployed flagship of amphibious force in the U.S. 7th Fleet area of operations in Japan.

The "crossing-the-line" ceremony is an maritime tradition from "the days of hardened sailors aboard wooden ships courageously venturing out into the unforgiving environment of the open ocean," according to the Navy.

The tradition is that King Neptune detects any infestation of "pollywogs" or those who have not crossed the equator before.

In order to rid the ship of the plagued condition, King Neptune takes control to "cleanse" the pollywog Sailors of their slime.

A "shellback" is a Sailor who has previously crossed the line and the most senior shellback on the ship plays the role of King Neptune in the ceremony.

Navy Master Chief Petty Officer Thomas Kreindheder, who earned the title of shellback in 1993, was King Neptune for the November 25 ceremony.

There were nearly 900 pollywogs who were cleansed of their slime during the ceremony.

"The ceremony has changed a lot since I went through," MCPO Kreindheder said. "Our ceremony lasted 48 hours, and it was more of an initiation than a camaraderie event. Our goal with this ceremony was to make sure the sailors were challenged both mentally and physically, but were also smiling and laughing the whole way through. The photos of the event prove that we accomplished that goal."

"Ceremonies like crossing the line are invaluable for the crew. They instill pride and a sense of accomplishment that links Sailor to those that have gone before us," said USS Wasp Command Master Chief Petty Officer Greg Carlson. "The ceremony has evolved to over the years to one of teamwork and unity, which allows sailors to craft memories that they will cherish forever."

Since leaving Norfolk, the USS Wasp was called upon to assist with humanitarian relief following several devastating hurricanes.