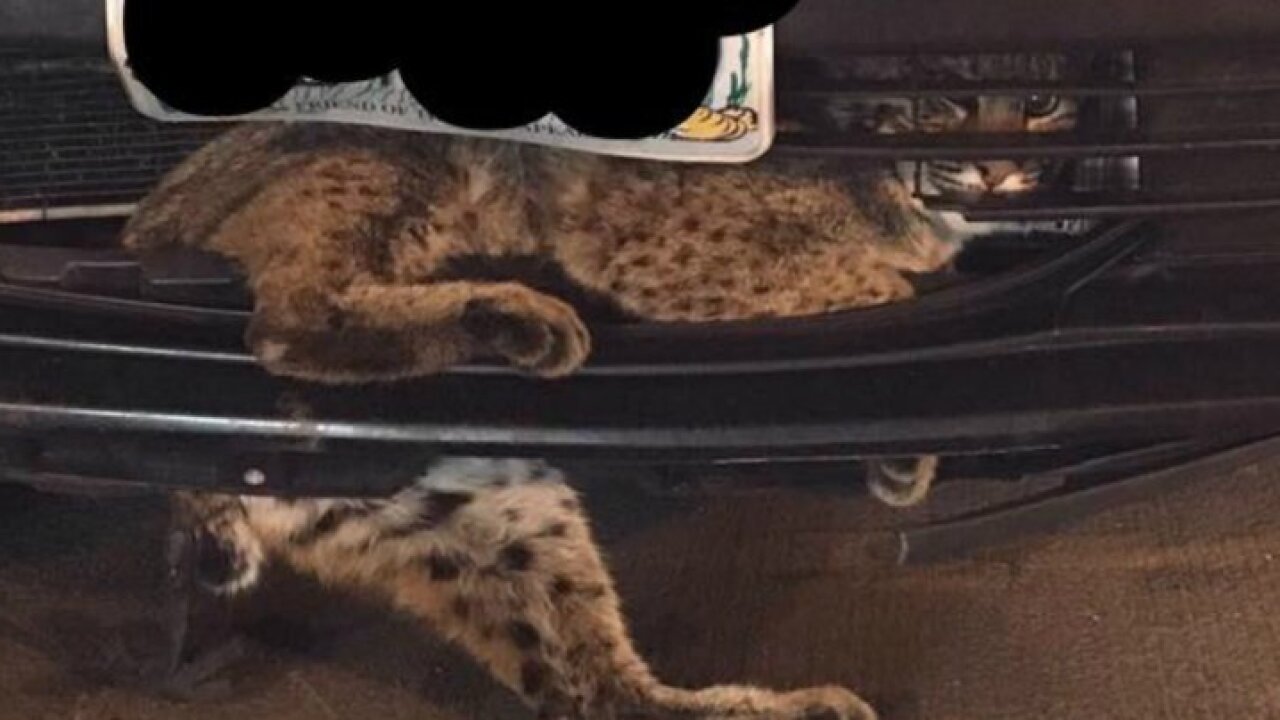 RICHMOND, Va. -- The bobcat that got stuck in a car grill and rode 50 miles to Richmond could be released from the Wildlife Center of Virginia next month.

The bobcat's wild ride began Thanksgiving morning after it ran out onto the road and in front of a woman driving from Gloucester to Richmond.

The woman discovered the bobcat lodged in the grill of her Prius after she parked at VCU, CBS 6 reported.

Richmond Animal Care and Control was called and rescued the bobcat. The animal was taken to the Wildlife Center of Virginia for treatment.

"Upon arrival, the bobcat was bright, alert, and growling," a Wildlife Center of Virginia spokesperson said. "The cat’s head movements indicated the presence of head trauma and possible vision loss."

Further examination revealed the bobcat suffered a large laceration on its back.

The cut was so deep, ligaments and muscle were exposed. It also suffered bruised lungs.

The bobcat was then cleaned and its wounded back was sutured.

"The following morning, Dr. Alexa was happy to find that the bobcat was extremely feisty. Dr. Alexa sedated the bobcat again for additional wound treatments, and removed the IV catheter. The bobcat was moved to the Center’s outdoor Bear Pen enclosure so that the staff could continue to safely monitor the bobcat," the spokesperson said. "Throughout the weekend, the bobcat remained bright and alert, with no additional signs of vision loss or head trauma. As of Sunday afternoon, the bobcat still hadn’t eaten on her own, which could be due to the stress of being in captivity; the adult bobcat may also not be interested in food that she hasn’t caught herself!"

Wildlife Center of Virginia officials said they were hopeful the bobcat would be released as early as next month. 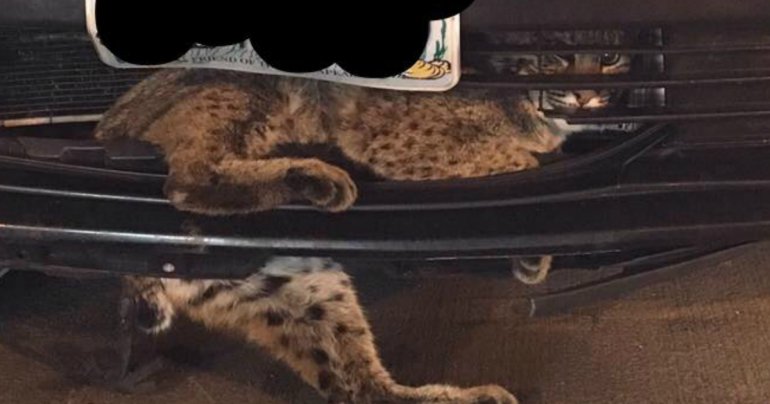