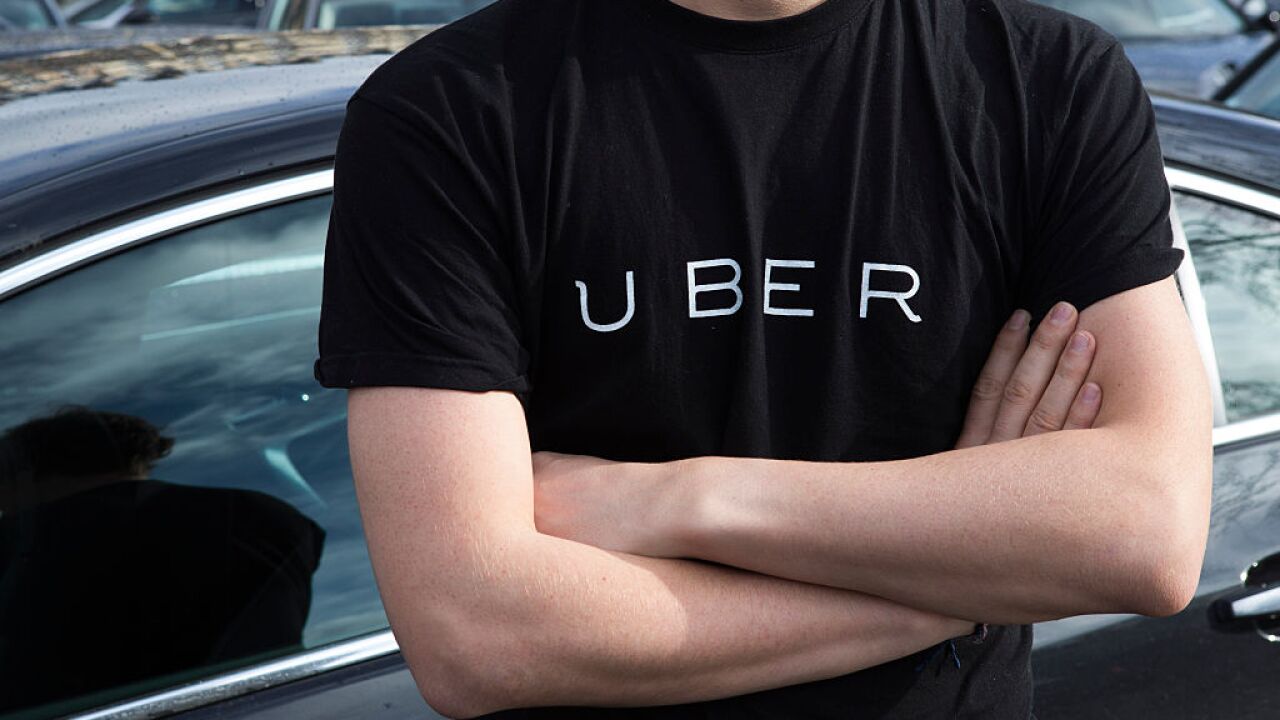 A protester wears a shirt displaying the logo of smartphone ride service Uber during by a protest by non-licensed private hire drivers blocking the Place de la Nation in Paris on February 9, 2016. Members of services known in France as “voitures de tourisme avec chauffeur” (VTC – Tourism vehicle with driver) have been protesting against assurances the French Prime minister has given to taxis. / AFP / Geoffroy Van der Hasselt (Photo credit should read GEOFFROY VAN DER HASSELT/AFP/Getty Images)

If you’ve ever taken a ride in an Uber, sometimes spark up a conversation with the driver, one thing I like to ask is, what is your worst experience? Usually, the answer is some of the riders are rude or they had a really drunk person causing issues but one driver has a story he won’t soon forget.

Tony Bafaloukos has been driving with Uber for over a year.

“As an Uber driver, you don’t know who is getting in your car,” Bafaloukos said.

Saturday afternoon he got a call for a pickup at an apartment complex in Mesa, Arizona. He arrived and waiting there were two women and a young kid.

“She says, ‘Hurry up and go!’ There is a guy coming out of the apartment walking towards [sic] us and she tells me to hurry up and go,” Tony said.

Bafaloukos didn’t want to get involved in any kind of drama so he left with his passengers and passed by a police officer. He says one of the women claims she was abused by her boyfriend.

About a minute later, he saw flashing lights.

“I look up behind me and there’s [sic] police vehicles moving in fast with his lights, so I pulled over,” Bafaloukos said.

Bafaloukos says the police surrounded his vehicle and had their guns drawn.

“I immediately start yelling at the women, ‘What the hell did you get me into?'” Bafaloukos said.

It’s a felony stop, apparently, the police believed the women might have been armed. Bafaloukos is forced out of the car and handcuffed and the women are placed under arrest. Luckily, police listened to Bafaloukos who told them he was merely picking up a fare and had nothing to do with the situation.

Arizona’s Family contacted Mesa police who say one of the women is being charged with aggravated assault and also has warrants out in Gilbert. We are still waiting to hear about the circumstances of that case.

As for Bafaloukos, it was a ride he won’t soon forget and says it definitely wasn’t worth the $2.65 fare.