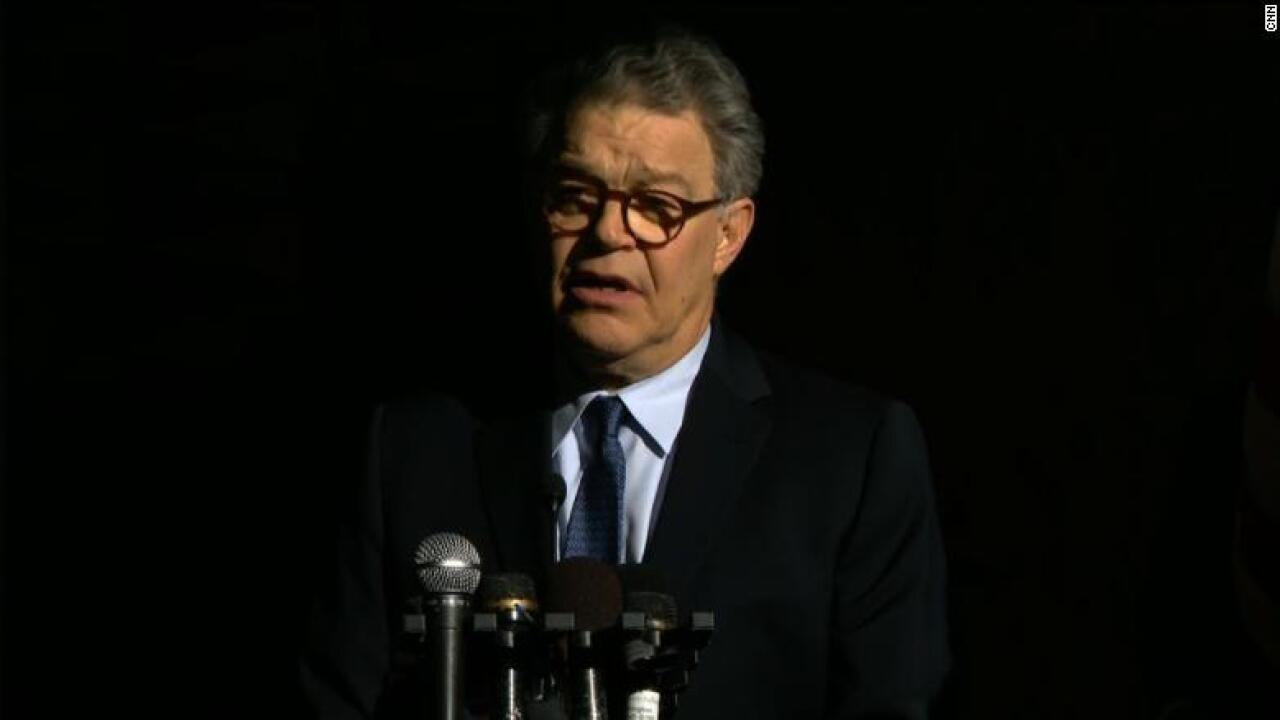 Minnesota Democratic Sen. Al Franken returned to Capitol Hill Monday for the first time since reports of sexual harassment against him were earlier this month, apologizing for letting people down and vowing to regain lost trust.

At a brief news conference outside his Senate office on Monday morning, Franken was apologetic and said he planned to get back to work.

“To all of you, I just want to again say I am sorry. I know there are no magic words that I can say to regain your trust and I know that’s going to take time,” he said.

Franken also said he could not “speculate” whether more women would come forward with similar allegations about his behavior.

“If you had asked me two weeks ago would any woman come forward with an allegation like this I would have said no,” he said. “This has been a shock and it’s been extremely humbling. I am embarrassed. I feel ashamed. What I’m going to do is I’m going to start my job, I’m gonna go back to work.”

Franken also repeated his pledge that he would cooperate fully with a Senate Ethics Committee investigation into his behavior.

Franken has been accused of groping several women, as well as forcibly kissing and groping a morning news anchor for a Los Angeles radio station when the two participated in a USO tour in 2006 while Franken still worked as a comedian.

Leann Tweeden, a morning news anchor for a Los Angeles radio station, said that Franken forcibly kissed and groped her during a 2006 United Service Organizations tour when Franken, a former “Saturday Night Live” writer and performer, still worked as a comedian. Tweeden posted a photo in which Franken appeared to grope her as she slept on a military plane. Franken has apologized to Tweeden.

Franken told reporters on Monday that, while he recalled the event “differently” than Tweeden, “you have to respect women’s experience.”

“I apologized to her and I meant it,” Franken said. “I was very grateful that she accepted.”

A second woman, Lindsay Menz, told CNN that Franken grabbed her buttocks while the two posed for a photo at the Minnesota State Fair in the summer of 2010. Franken said that he did not remember taking the picture but added that he felt “badly” that Menz felt “disrespected.”

The Huffington Post last week reported that two additional women — who were not named in the article — alleged Franken touched them inappropriately during political events in 2007 and 2008.

Franken said that he did not remember touching women inappropriately, but said that he posed for “thousands of pictures.”

“From these stories it’s been clear that there are some women — and one is too many — who feel that I have done something disrespectful or that’s hurt them. For that, I am tremendously sorry,” Franken said.

So far, as Congress grapples with how to handle lawmakers accused of sexual harassment, inappropriate touching or other misconduct, there have not been widespread calls for Franken to resign his Senate seat.

On Capitol Hill, Franken is one of two members of Congress currently battling accusations of sexual harassment, inappropriate touching and workplace discrimination. Rep. John Conyers, a Michigan Democrat, faces an ethics investigation into reports that he sexually harassed members of his staff.