Is Meek Mill a poster boy for mass incarceration? What the outrage is all about 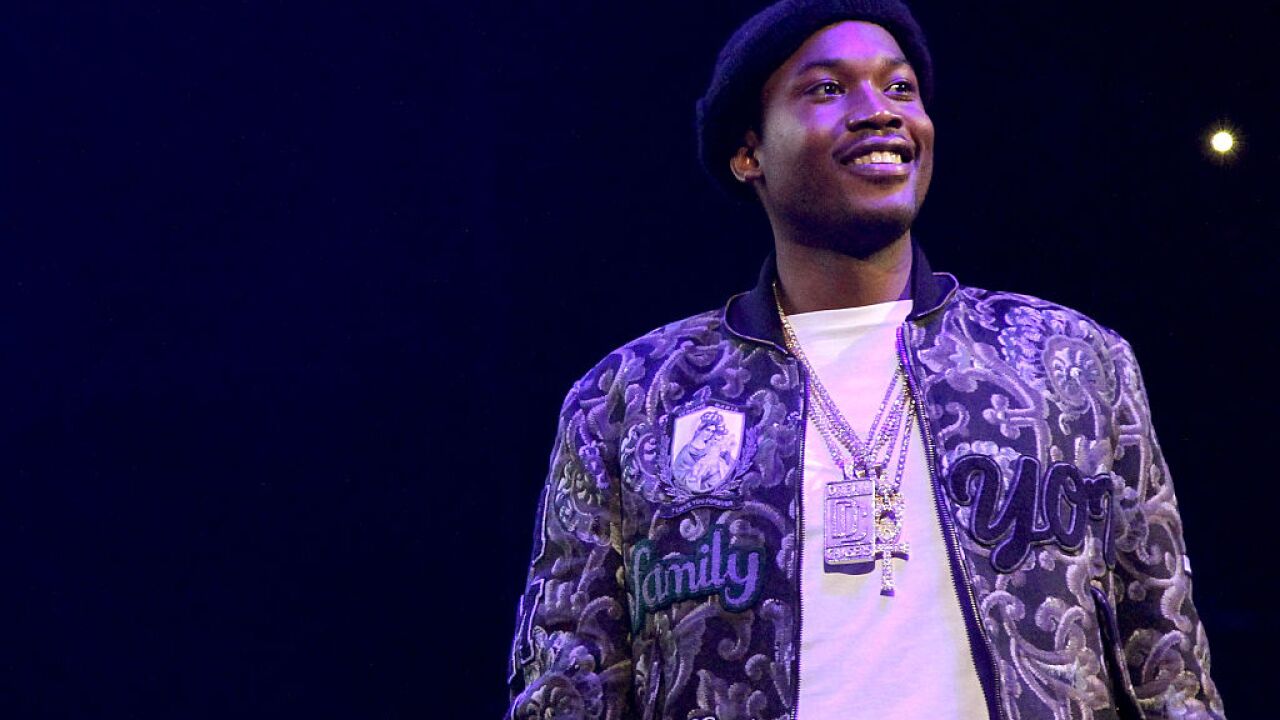 Meek Mill’s supporters have slammed his two-to-four-year prison sentence as excessive, but others have argued that Mill — a celebrity who has violated the terms of his probation several times — knew what he was getting into and should not be the poster boy for mass incarceration.

However, for the rapper’s supporters and activists, it is not a question of whether Mill made mistakes by violating his probation, but about whether the 30-year-old rapper should still be on probation for a gun and drug crime he committed at 18.

Dr. Keith Reeves, a professor of political science at Swarthmore College in Pennsylvania, who has taught and mentored inmates for 14 years, said that while he wouldn’t say that Mill is “the poster boy for mass incarceration,” the rapper’s sentence crystallizes a sentiment in the community that the criminal justice system needs to be reformed.

Reeves teaches a college course on crime and punishment issues inside the state correctional institution in Chester, Pennsylvania — a medium-security prison where Mill is serving his time.

“I think for lots of African-Americans or whites, who seem to believe that the criminal justice system is unfair and is punitive, they look at the Meek Mill case and see this is someone who’s wealthy and a celebrity and is treated this way, then what about me, who doesn’t have the means and the celebrity and the fortune and the fame?” Reeves said.

Here’s a breakdown of the issues spotlighted by Mill’s case:

Mill was sentenced to two to four years in prison three weeks ago by Philadelphia Judge Genece E. Brinkley, who cited a failed drug test and the rapper’s noncompliance with a court order restricting his travel.

Brinkley, who has overseen this case for years, has extended Mill’s probation following several violations. He has been on probation for nearly 10 years.

Mill’s attorney Joe Tacopina alleged that Brinkley has a personal vendetta against the rapper, and he told CNN that he plans to appeal the sentence.

“There is still no comment,” a representative for Brinkley told CNN over the phone Tuesday morning because this case is still pending litigation.

While much of the story surrounding Mill’s prison sentence story has focused on the allegations brought by the rapper’s legal team against the judge, it appears that the concerns of Mill’s supporters are systemic and go beyond the allegations that Brinkley behaved inappropriately.

While Reeves did not comment on the specific allegations against the judge, he said that this case demonstrates the power of judicial discretion.

“We know from folks who were sent back to prison for technical violations that it doesn’t enhance public safety and it doesn’t deter crime, and this underscores the power variable of judicial discretion,” Reeves said. “The (assistant district attorney) and the probation officer and others were not recommending that he be sentenced to prison, and the judge ignored that advice and decided to impose this sentence nonetheless.”

Reeves said that putting Mill or anyone else in prison for such probation violations at that length of time also “is an enormous cost to Pennsylvania taxpayers.”

Asked whether the rapper blames the judge or the criminal justice system for his most recent sentence, Tacopina said, “It’s primarily this judge, but he’s in a system that allows for this to happen, and there should be some swift resolution for him.”

The Philadelphia rapper, whose full name is Robert Rihmeek Williams, appeared in court earlier this month after a pair of arrests that violated his probation.

Had his probation been over, these infractions would not have been tied to the 2008 case and Mill would likely not be sentenced to years in state prison.

Many hip-hop artists and criminal justice reform activists, including Jay Z, Rick Ross and T.I., criticized Mill’s sentence as heavy-handed and even Drake, who got into one of the most famous hip-hop feuds in 2015 with his former collaborator, echoed calls to “free Meek Mill” onstage at a concert in Melbourne, Australia, last weekend.

But not everyone is sympathetic. A Philadelphia magazine opinion piece written by Victor Fiorillo reflects this view:

“So, I’m sorry, but you shouldn’t feel bad for Meek Mill. There is a tragic and seemingly insurmountable problem of the mass incarceration of black men in this country,” writes Fiorillo. “But Meek Mill is not the poster child for that cause. He’s a wealthy celebrity who has broken the rules time and time again and now must face the consequences. So spare me the protests and the #FreeMeekMill hashtags.”

Rapper Joe Budden said, “I don’t feel bad for Meek at all,” explaining that while he believes that the criminal justice system is flawed, Mill knows this and should have known better.

“On the surface, this may look like the story of yet another criminal rapper who didn’t smarten up and is back where he started. But consider this: Meek was around 19 when he was convicted on charges relating to drug and gun possession, and he served an eight-month sentence,” he writes. “Now he’s 30, so he has been on probation for basically his entire adult life. For about a decade, he’s been stalked by a system that considers the slightest infraction a justification for locking him back inside.”

After initially serving eight months in prison and being released in 2009, Mill went back to prison in 2014 after he violated his probation terms and performed outside Pennsylvania.

He served five months and was released in December 2014, and Brinkley reinstated his probation conditions.

After violating his parole in 2016, Mill was sentenced to three months of house arrest, was ordered to perform community service and was prohibited from working. Brinkley extended his probation for another six years.

Reeves said Mill’s situation is not uncommon and that probation restrictions often “follow folks for two to three decades, long after they’re done their time and paid their debt to society.”

The outrage has been compounded by the fact that police officers who have shot and killed unarmed black men have been getting “nothing or a smack on the wrist” and have not being convicted for their actions, Reeves said.

“Sadly there are Black folks going through the same radicalized injustice(s) within the justice system that Meek Mill has experienced for over a decade EVERY SINGLE DAY,” he tweeted. “This requires more than just gradual reform in laws—It requires a swift overhaul,” Kaepernick tweeted on Monday

Kaepernick became a symbol of resistance against racial bias in policing after he refused to stand during the National Anthem last year to protest police brutality.

Rapper T.I. mirrored this sentiment, sharing a meme on Instagram of a picture of a dumbfounded Will Smith that reads: “When you realize Meek got more jail time for riding a dirt bike than a cop would for shooting an unarmed African American.”