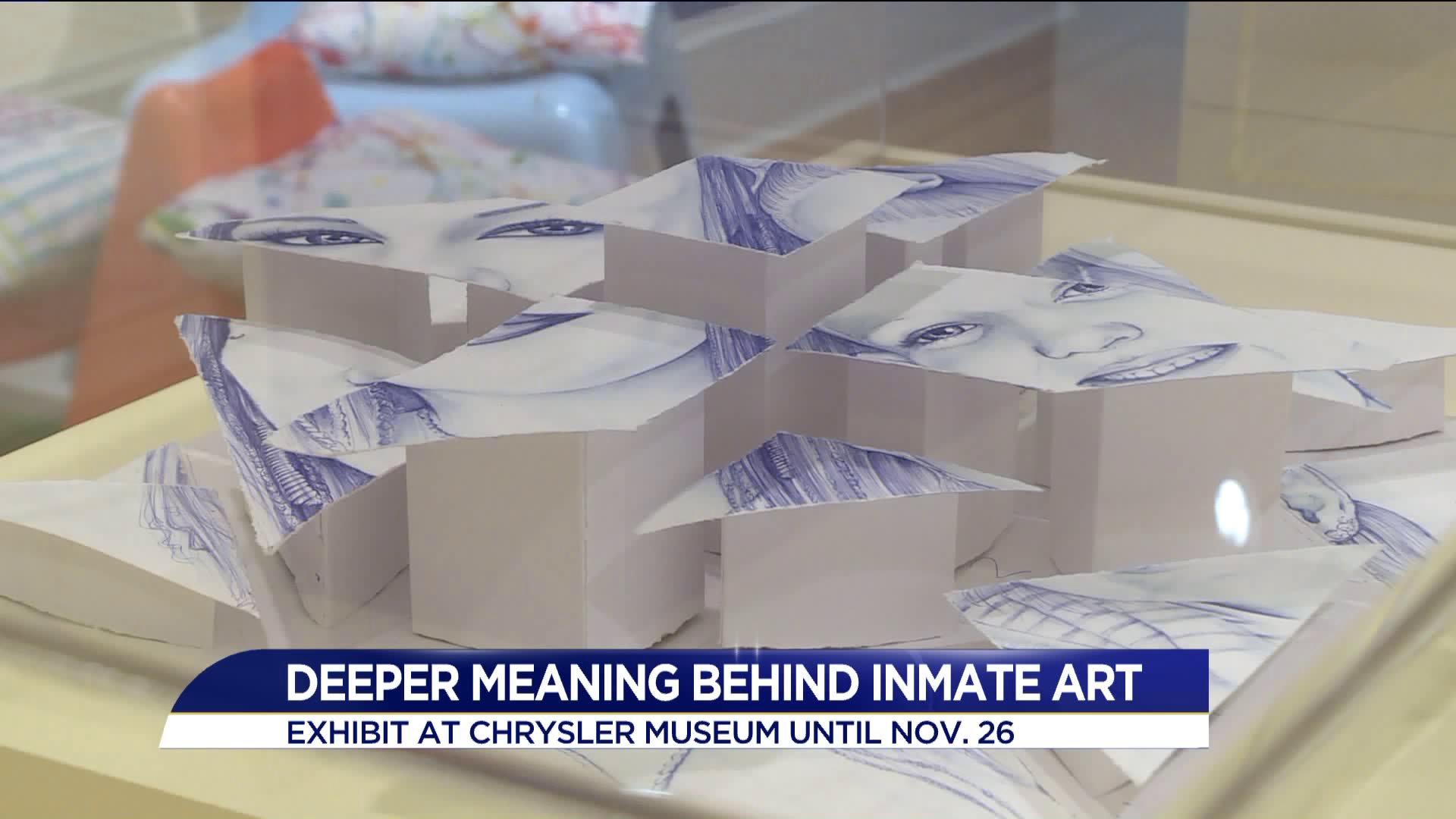 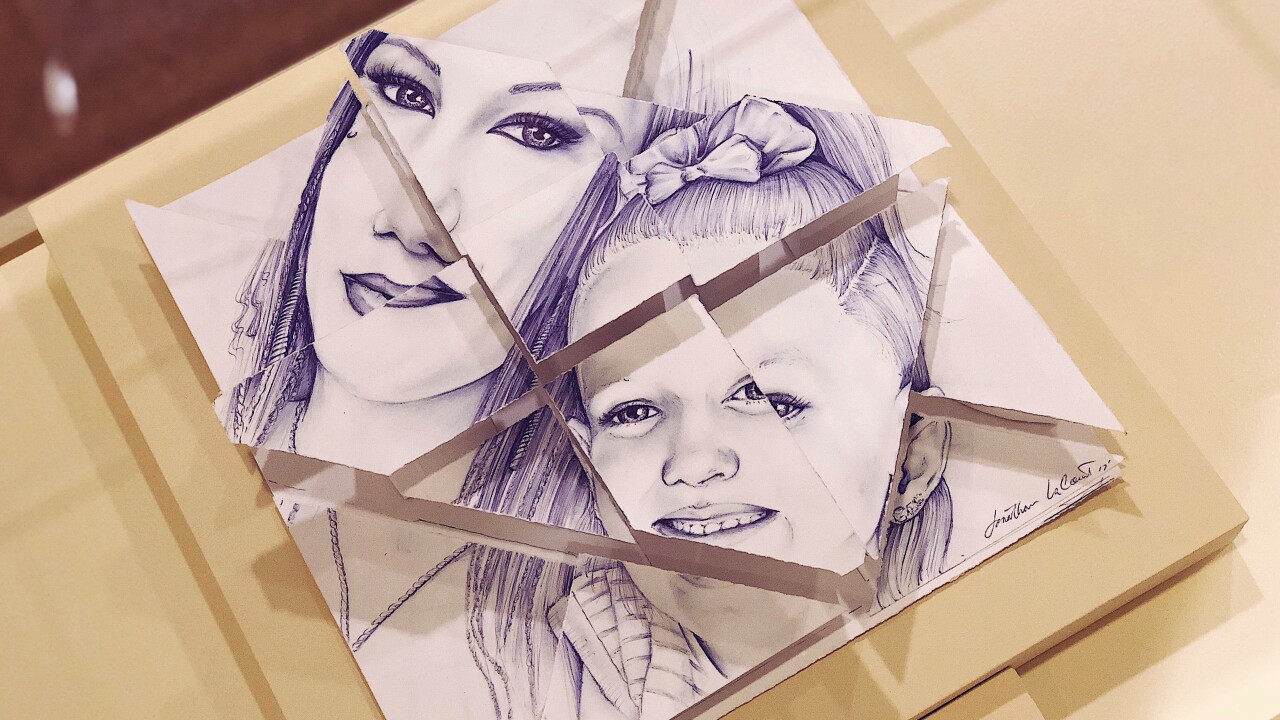 HAMPTON ROADS, Va. - Beyond the Block is an art exhibit on display at the Chrysler Museum featuring works of art by inmates at the Virginia Beach Correctional Center. It's been a surprising success for the museum and one of the most visited exhibits.

In the middle of the room, there's a 3-D piece on a table display. It's a sketched portrait. Strands of hair frame two faces. There is depth in the iris of an eye. Countless strokes create a photo-like portrait of a Mom and her young daughter.

The art piece was created by Jonathan LaCount, who is serving time for four charges, including marijuana possession with the intent to sell and having a gun as a convicted felon. He's been in the Virginia Beach Correctional Center for five months, but he has always been an artist.

"I just closed my eyes going to sleep and I thought what can I do to make this stand out?"

LaCount told News 3's Kim Cung in an interview at the jail, he started doing portraits during his incarceration because he refused to sit and do nothing. He would draw them for other inmates to give to their loved ones. When the opportunity to create a piece for the Chrysler Museum came about, he knew he had to take advantage.

"I wanted to do it to make my family proud, especially my daughter and Rose to feel special and know I care and I love them," said LaCount.

He had two weeks to work on the project with limited supplies, including jail-safe pens, deodorant, candy, powdered milk and more. When he was done sketching the portrait, he knew the hard part was up next.

"It was kind of nerve racking because we don't have scissors so I ended up licking it, tearing it, folding it back and forth tearing it," said LaCount.

When the piece was finished, he named it Straight & Narrow.

"In a literal sense you cannot see the picture of my family, I cannot unless I'm directly on. As soon as I veer, it breaks it up. So that was my idea behind it. In the literal sense and metaphorical sense of I need to be on the straight and narrow to get out of here to be there for them."

LaCount's piece is one of many on exhibit until Nov. 26.

"The fact the Chrysler can be a place that can provide a positive reinforcement to display talents and skills rather than focusing on mistakes people made is something I think is very exciting," said Michael Berlucchi, the community engagement manager at the museum.

And those mistakes are something LaCount is very aware of.

"I'm a felon and not that it's an excuse but I just do what I knew to pay the bills. What I thought being a man was, but...I lost faith in anything outside of me. That's why I think I'm back here for real," said LaCount, who added he feels closer to his family now that he's behind bars, than when he was free.