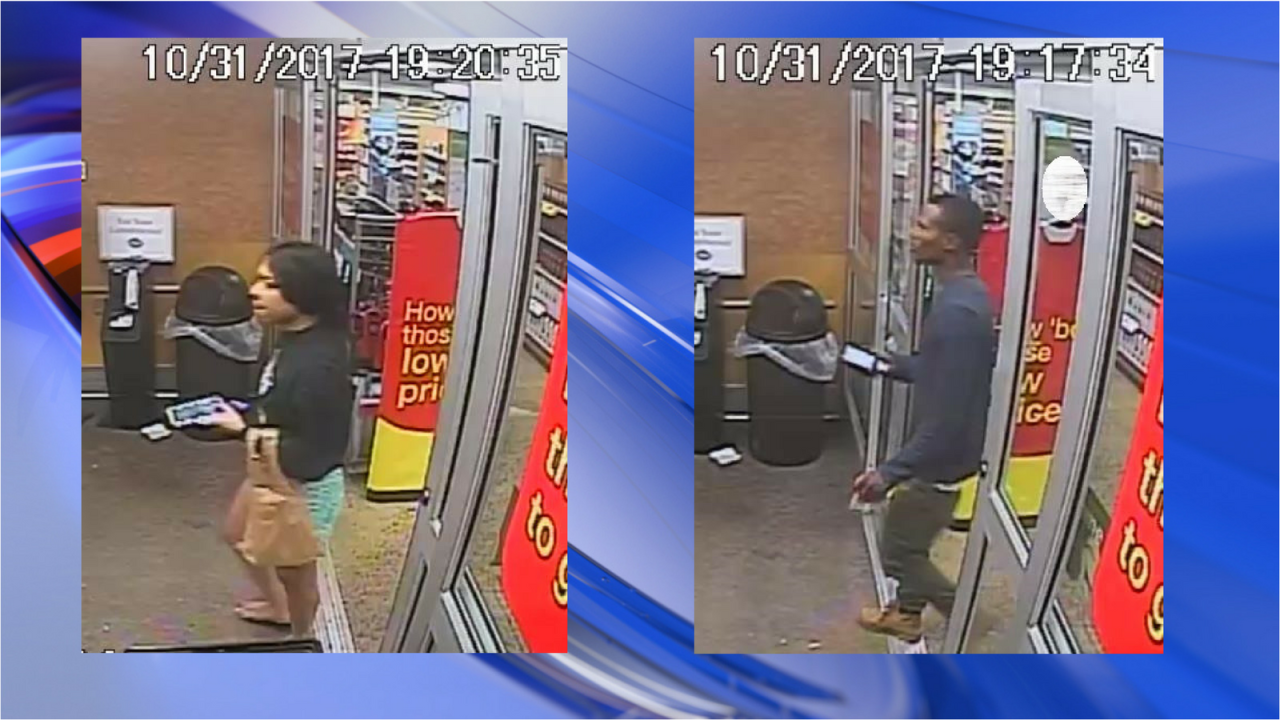 VIRGINIA BEACH, Va. – Virginia Beach detectives are searching for these two suspects who are believed to be responsible for two car break-ins that resulted in both larceny and credit card fraud. The break-ins both took place on October 31.

The larcenies happened in the 1600 block of Independence Boulevard and the other in the 4100 block of First Court. Police said the suspects entered the vehicles by smashing the side windows.

According to police, they were then seen at the Kroger located at 975 Providence Road, where they made a purchase using the victims’ credit cards for over $2,000. They suspects also attempted to obtain cash by using a victim’s checks.